Once again I am following in the footsteps of Rita Tushinghan and the Taste of Honey film crew, this time my research has lead me to Barmouth Street, Manchester. 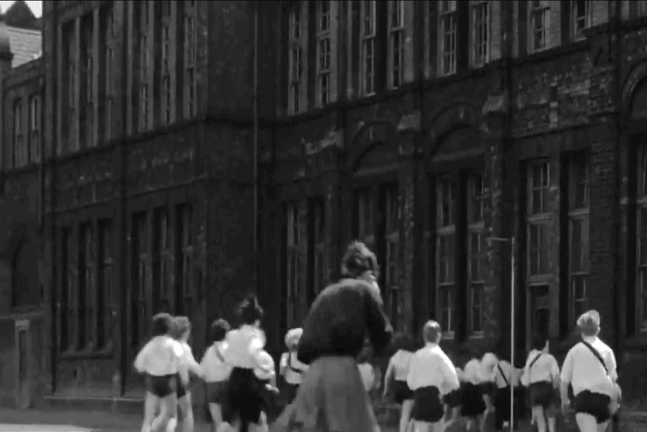 To the east of the city centre, Bradford Park School was the scene of the opening scene, Jo’s netball match. The school is now long gone, now the site of a much enlarged public park, as can be seen from the map above.

Shelagh Delaney, author of the original play on which the film was based, can be seen fleetingly in this opening scene, appearing momentarily over the games teacher’s shoulder. 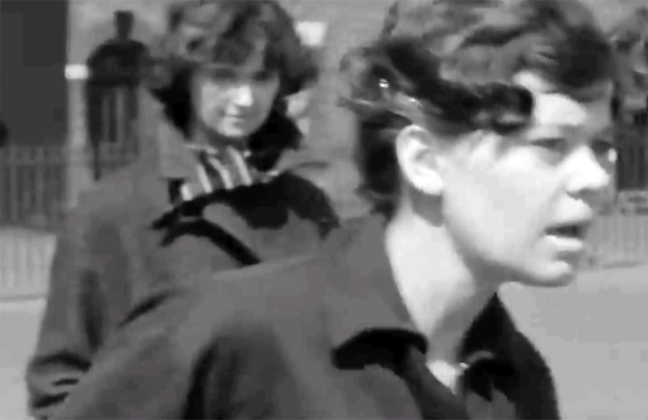 I have found one archive image of the school, as the scholars prepare for the annual Whit Walks, this along with many other community traditions and conventions, have all but disappeared from the streets of the city.

This was once a tight knit community, surrounded by industry, full employment and a short lived period of post-war growth and optimism.

A corner shop on very corner, though by the time I worked as a Mothers Pride van lad in the late sixties, many were already on their last legs. A lethal cocktail of closing factories, incipient supermarkets, and an urban renewal programme, which lead to slum clearance, would change the character of the area forever. 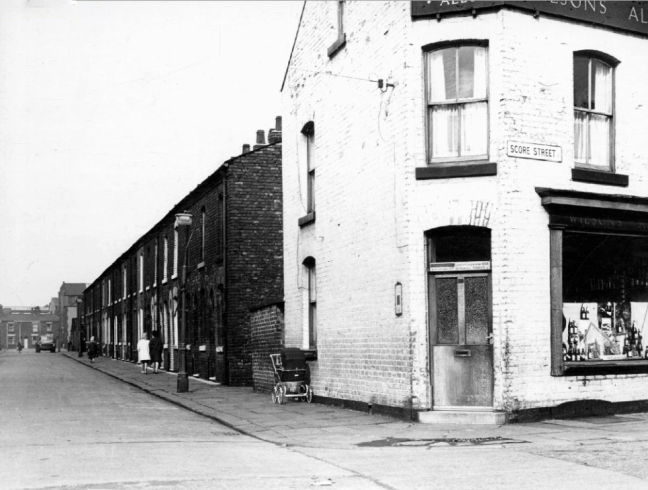 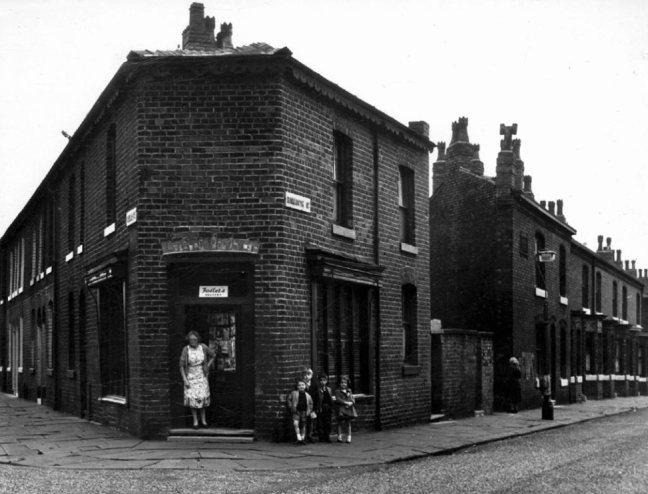 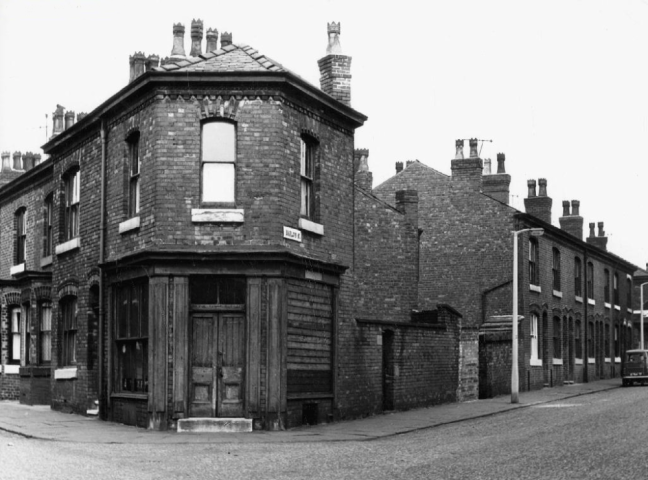 I am indebted to the photographic work of T Brooks who seems to have spent much of the mid Sixties documenting the streets, his pictures are now kept here in the Manchester Image Archives. Sadly I have found no further reference to him or his images, but have nothing but admiration for all those who pass unnoticed amongst us, camera forever poised.

Central to the social and sanitary life of that that community were the Barmouth Street Baths and Washhouse, where citizens would swim, wash, dry, iron, chat convivially, and surprisingly – play bowls. 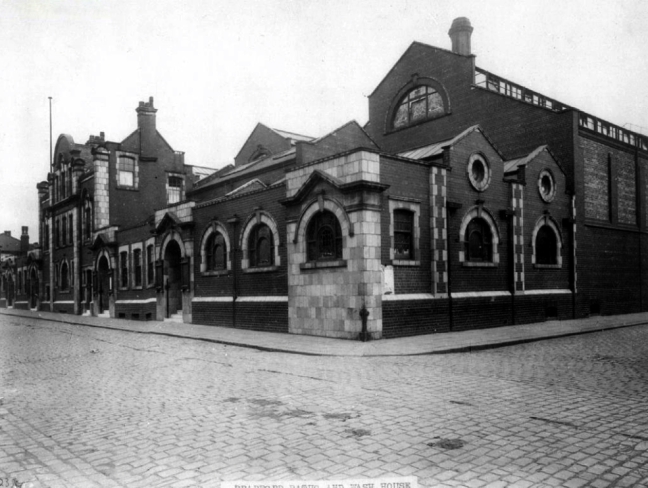 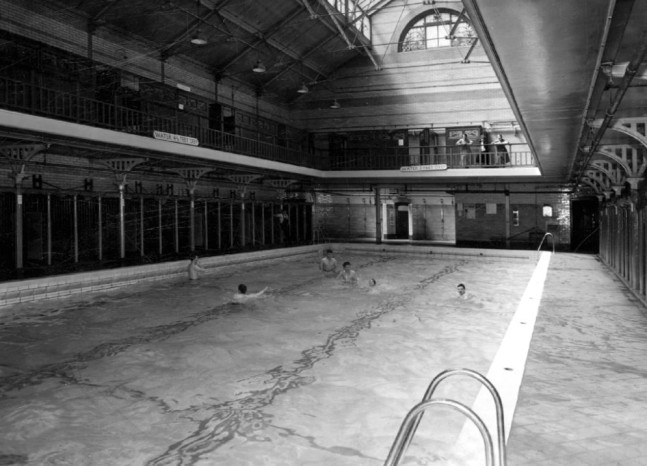 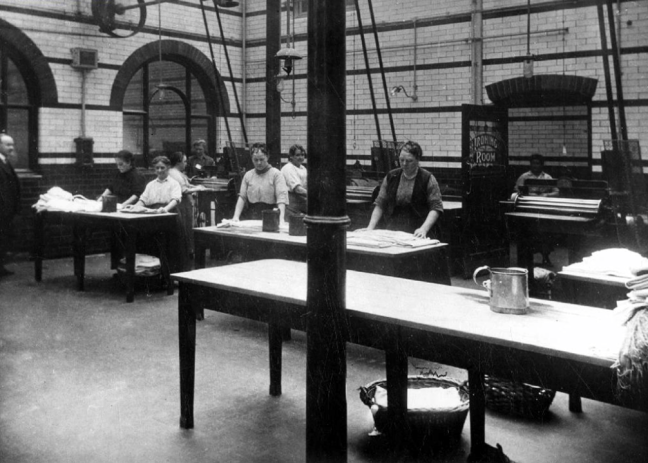 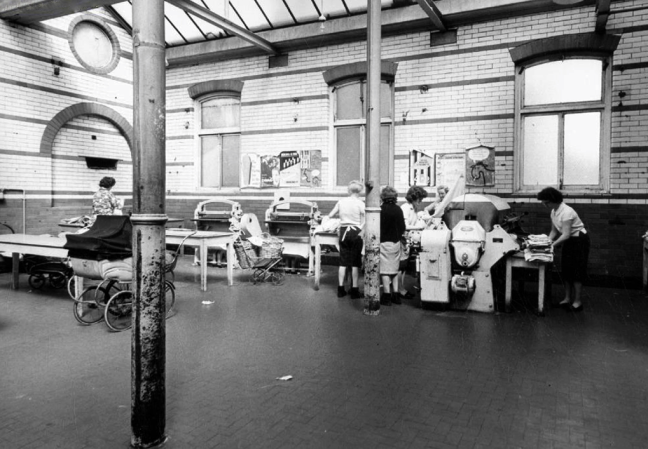 Now long gone, along with the provision of local authority nursery care. There were similar low level pre-fabricated buildings dotted all over the city. Built quickly and cheaply, to provide for a growing population, of largely working-class families, with no shortage of work opportunities. 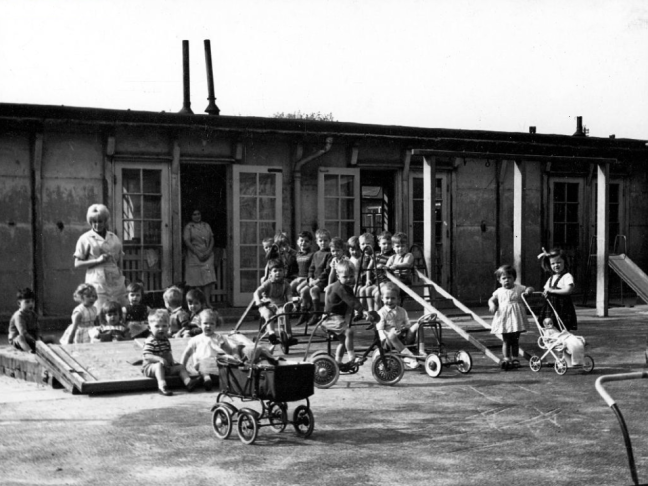 This was a time of great social change, a time which the film attempts to anticipate -a more diverse, and hopefully more tolerant time, a time of possibilities and opportunities for all.