A post-war northern town, facing the problems of bomb damage, poor quality housing, and the pressing need for new homes.

In 1963 there seemed to be space and the will to build, the site at the centre of the image flanked by ageing Victorian terraces and industry. 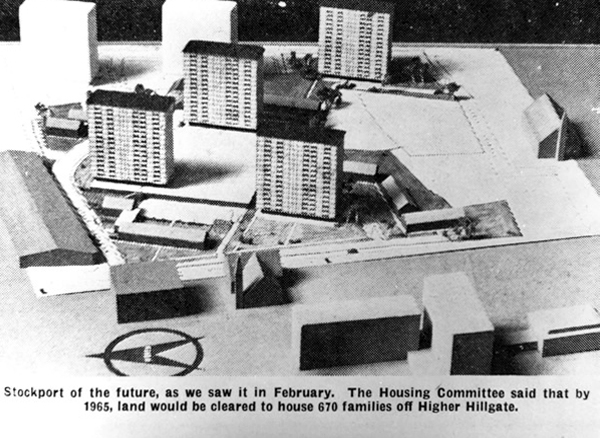 Back in 1965 these were the highest housing tower blocks in Greater Manchester.

The work of borough architects John Rank and Clifford Fernley. 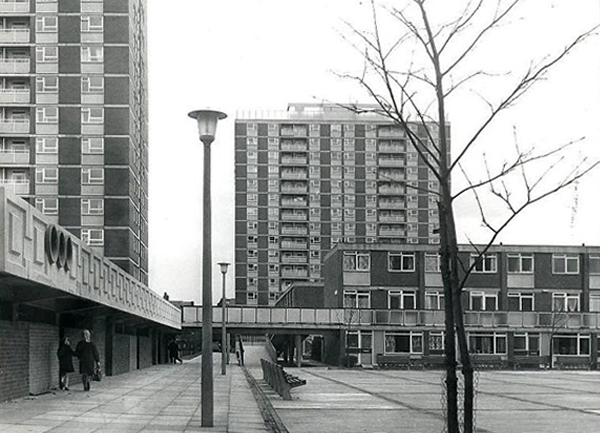 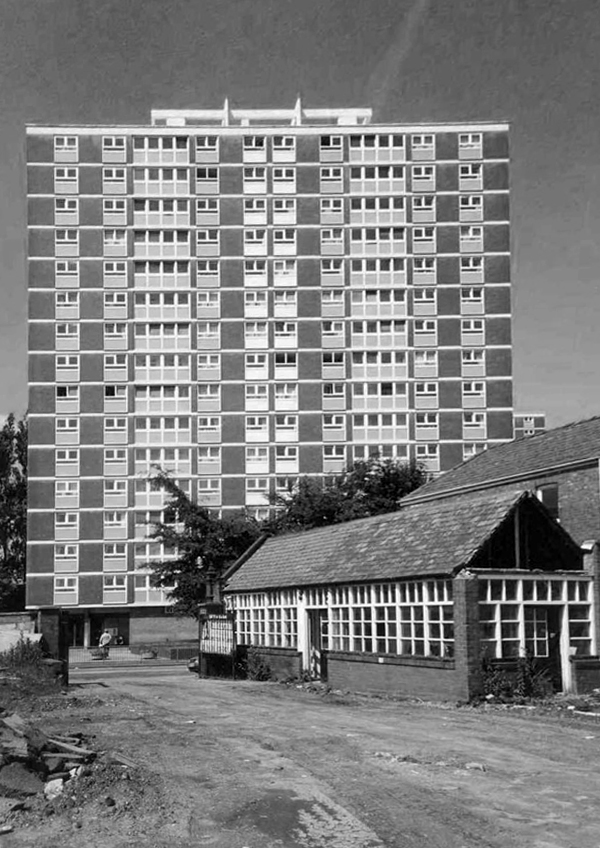 1980’s photographs from The Tower Block

Typically they incorporated concrete street furniture, sculptural and decorative detail, in keeping with the age.

Like many other developments of the period they have subsequently been clad, fenced, painted and secured beyond recognition.

There was a raised concrete play area, of which nothing has survived.

A little of their original character however has prevailed – a William Mitchellesque fallen obelisk, along with some panelling and planters.

– would that they were removed. 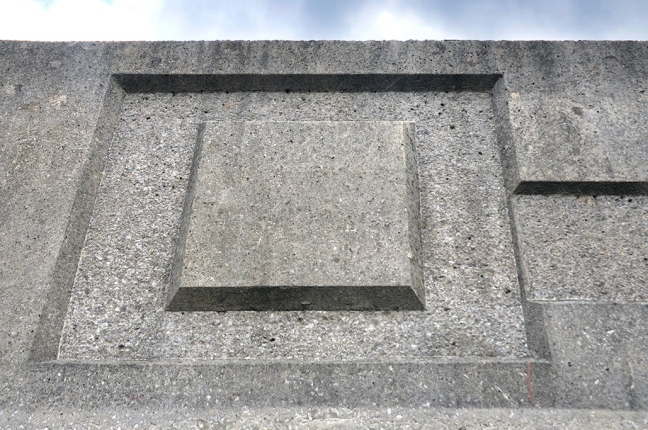