Neither here nor there.

Up in the air.

Possibly on the way to somewhere else, stranded at Oxford Road Station.

Tucked in behind Shaw’s Furniture and The Tatler Cinema. 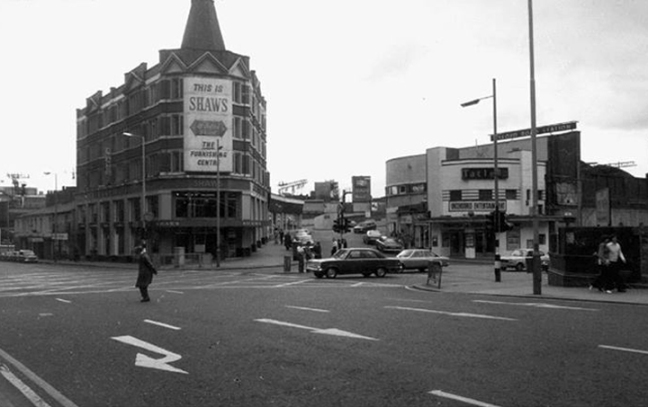 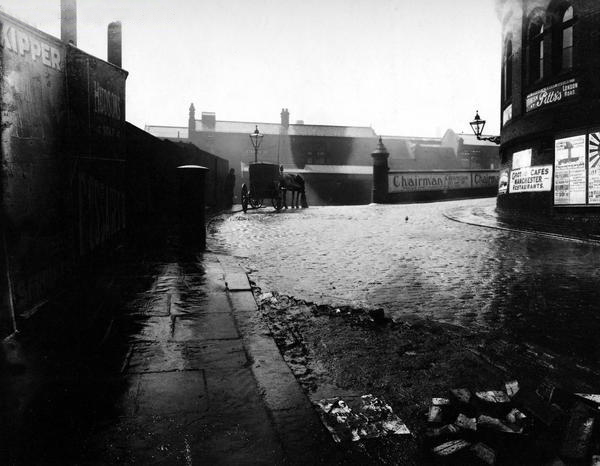 The station was opened as Oxford Road on 20 July 1849 by the Manchester, South Junction and Altrincham Railway . The station was the headquarters of the MSJAR from its opening until 1904. It had two platforms and two sidings, with temporary wooden buildings. To allow for extra trains in connection with the Manchester Art Treasures Exhibition in 1857, extra platforms and sidings were built. In 1874 the station was completely rebuilt providing two bay platforms and three through platforms. Further reconstruction took place during 1903-04. From 1931 it was served by the MSJAR’s 1500V DC electric trains between Altrincham and Manchester Piccadilly.

The station had become dilapidated by the 1950s, and in connection with the electrification and modernisation programme of the Manchester to London line in 1960, the old buildings were replaced by the current structure by architects W.R. Headley and Max Glendinning and structural engineer Hugh Tottenham. It was designed in a distinctive style in concrete and wood with curves bringing to mind the Sydney Opera House.

Use of the station increased from May 1988 when the Windsor Link was inaugurated between Deansgate and Salford Crescent, connecting lines to the north and south of Manchester.

The station is a grade II listed building.

One of the most interesting and innovative buildings of the period, the most ambitious example in this country of timber conoid shell roofing.

Further development awaits, widening the viaduct and lengthening platforms as part of the Northern Hub Project.

Altrincham bound 931 Metro-Cammell MSJAR 1500 volt DC EMU – all withdrawn by 1971, when the line was converted to AC. 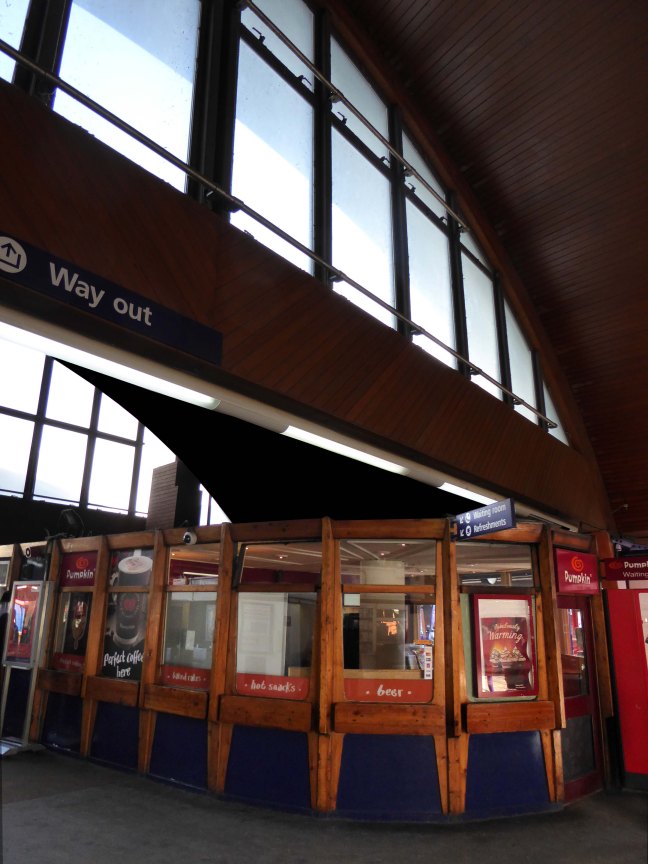 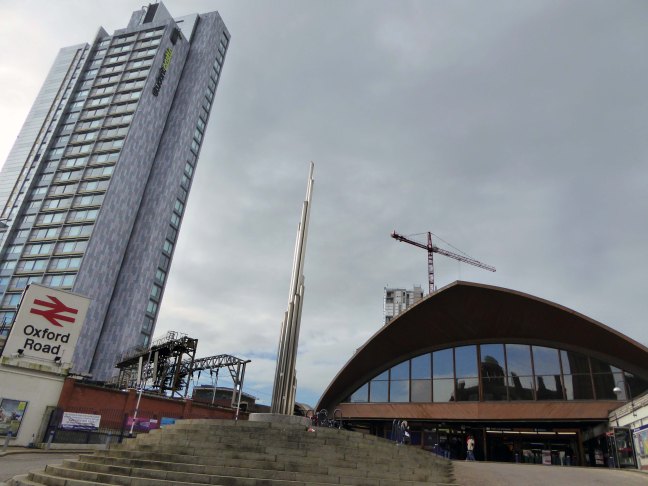 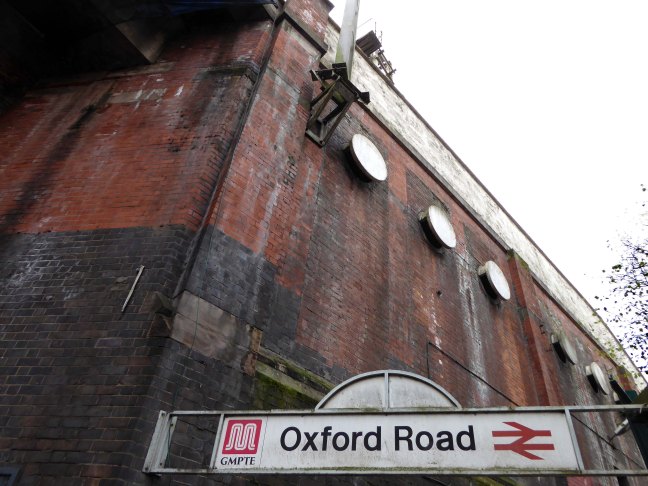