I was lured here, siren like, by an un-purchased eBay postcard – which precipitated a virtual four colour process printed journey around the shopping precincts of the UK.

It only seemed appropriate to finally arrive at MK Central in real life, by train from Stockport – walking at last wide-eyed and expectant, along the whole length and width of Midsummer Boulevard to centre:mk

The Milton Keynes Development Corporation began work on the Shopping Building in 1973. It was to be the largest building of Central Milton Keynes. It had a total length of over one kilometre and a maximum width of one hundred and sixteen metres . It was built at the highest point in the New City. The architects were Derek Walker, Stuart Mosscrop, and Christopher Woodward, who had been significant architects at the MK Development Corporation; and the engineers were Felix Samuely and Partners. The shopping area was opened on 25th September 1979 by Margaret Thatcher. The building’s sleek envelope accommodated one hundred and thirty shops and six department stores, arranged along two parallel day-lit arcades, each eight hundred meters long and planted with sub-tropical and temperate trees.

A big bad Miesian box of glass and steel that goes on forever and forever.

At the very far end of forever is the John Lewis store, to the right of the entrance there are a series of tiled panels – these are possibly the work of Lucienne and Robin Day

Fresh and crisp and even.

Bobbing up and down precipitously on low marble walls, from amongst the sub-tropical and temperate trees, I bring you these thirteen tiled panels. 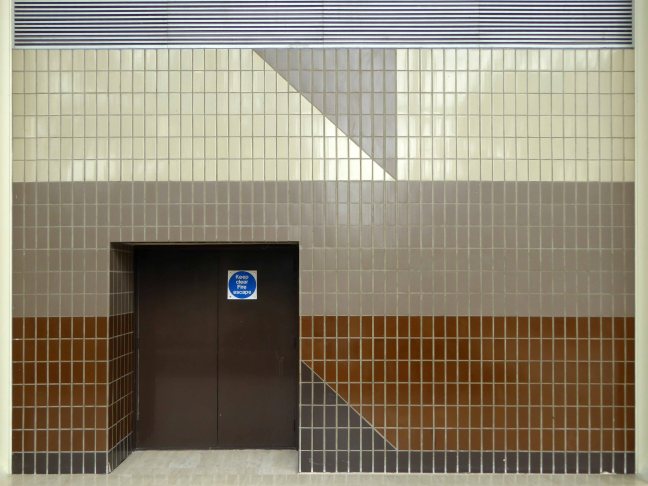 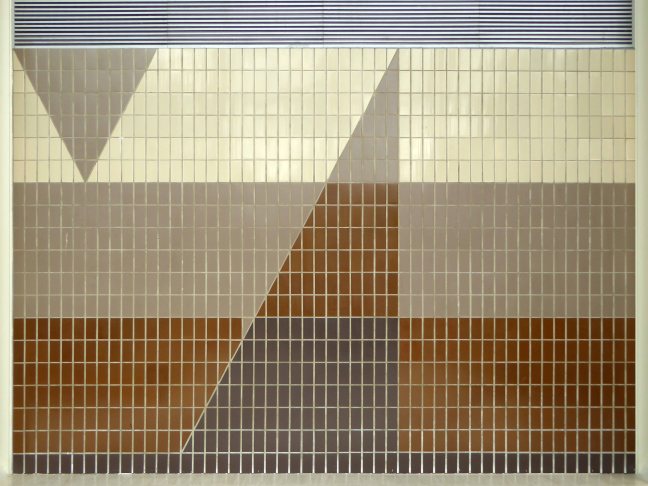 Working so close up and personal at altitude, photographing such large pieces in confined spaces, it’s not until you arrive home that you discover that together they spell:

What a delightful surprise!