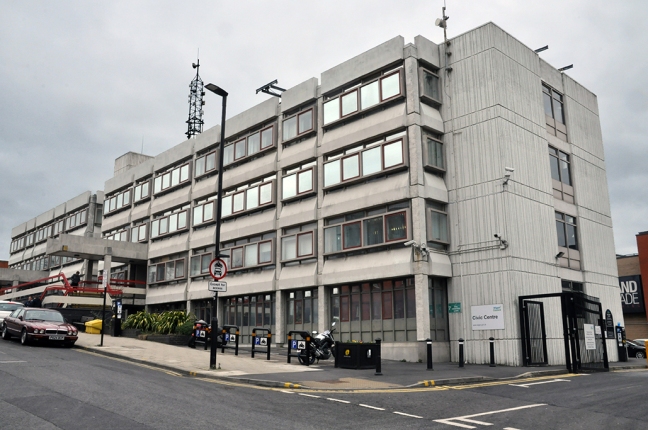 Some time ago, over a year ago or so I went to Wigan.

I found a pub,  a launderette, several interesting groups of housing and –

A large concrete Civic Centre, built in the early 1970s under the auspices of the Mayor JT Farrimond, the foundation stone laid by Alderman Ernest Ball on 22nd April 1970 – a man who seems to have collected letters after his name just for fun. 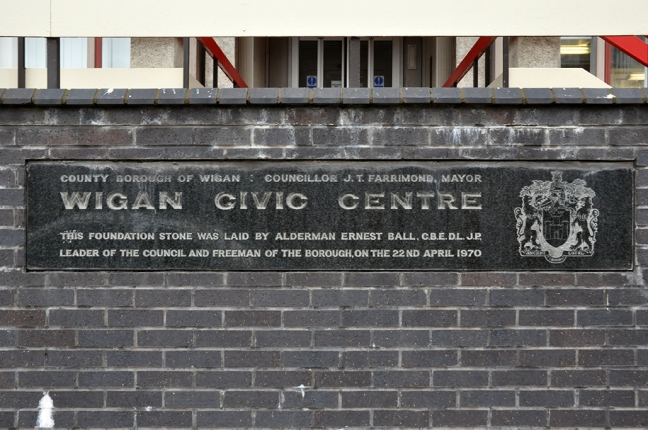 A tight grid structure is broken up with chamfered  window fames and a mix of concrete finishes, surfaces and textures, slipping neatly into the inclined topography.

A rather distinguished cantilevered canopy or two sit centrally over the entrance porch.

The building no longer offers public access, services having been transferred to the nearby Life Centre.

The Manchester Modernists have highlighted the centre in its new Top Ten Twentieth Century Buildings project.

Why not bob along, see what you think and remember – vote, vote, vote! 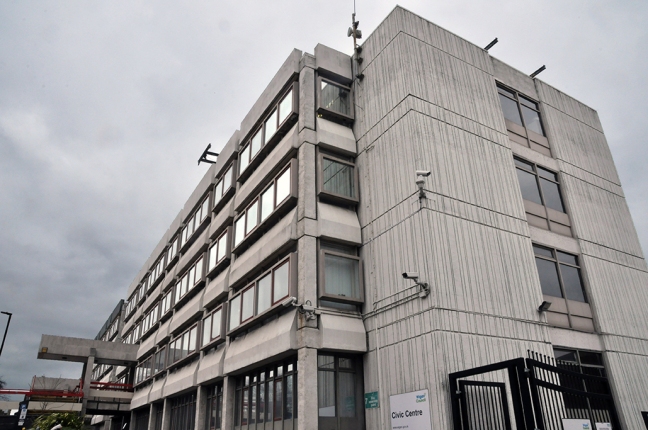 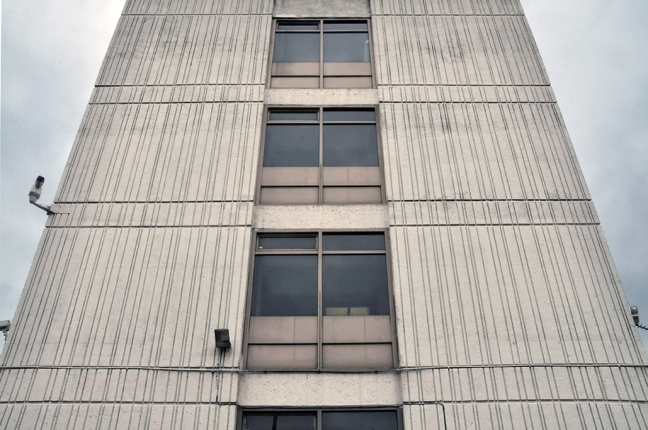 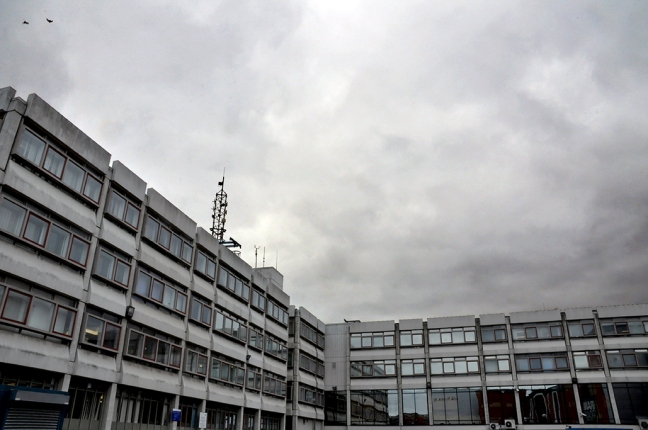 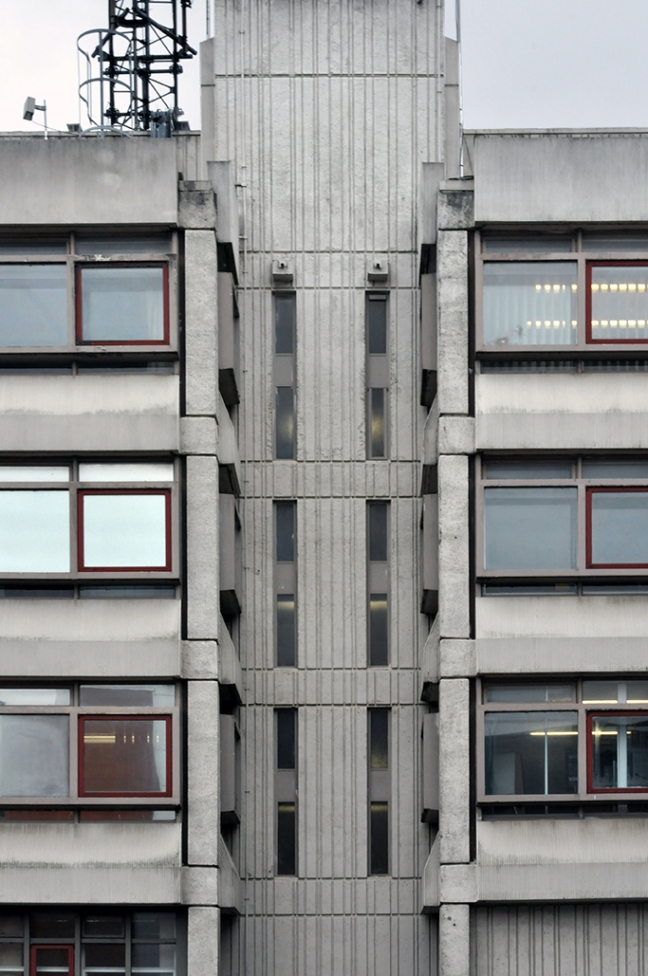 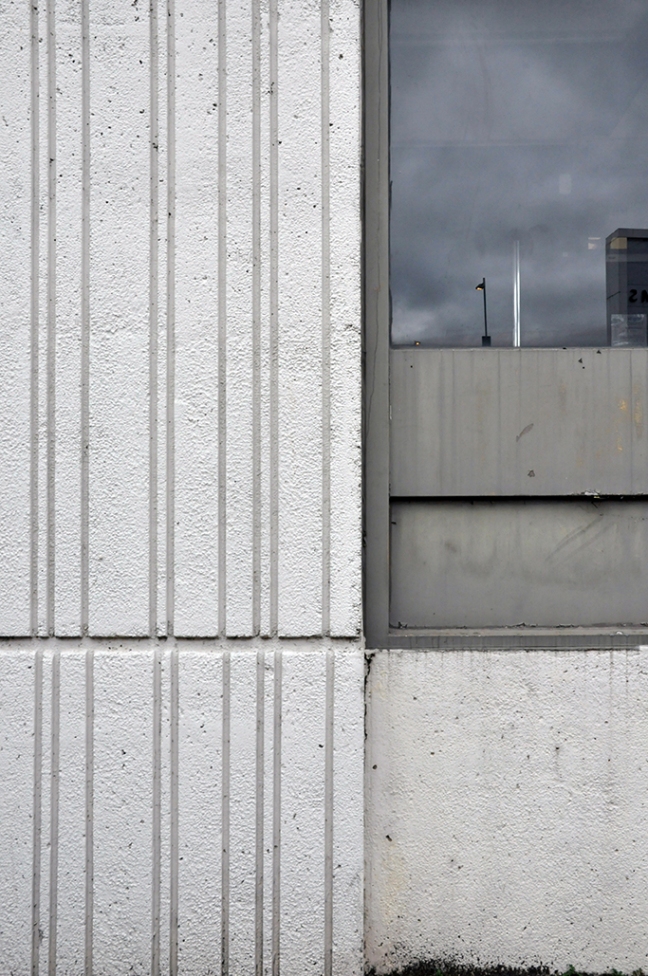 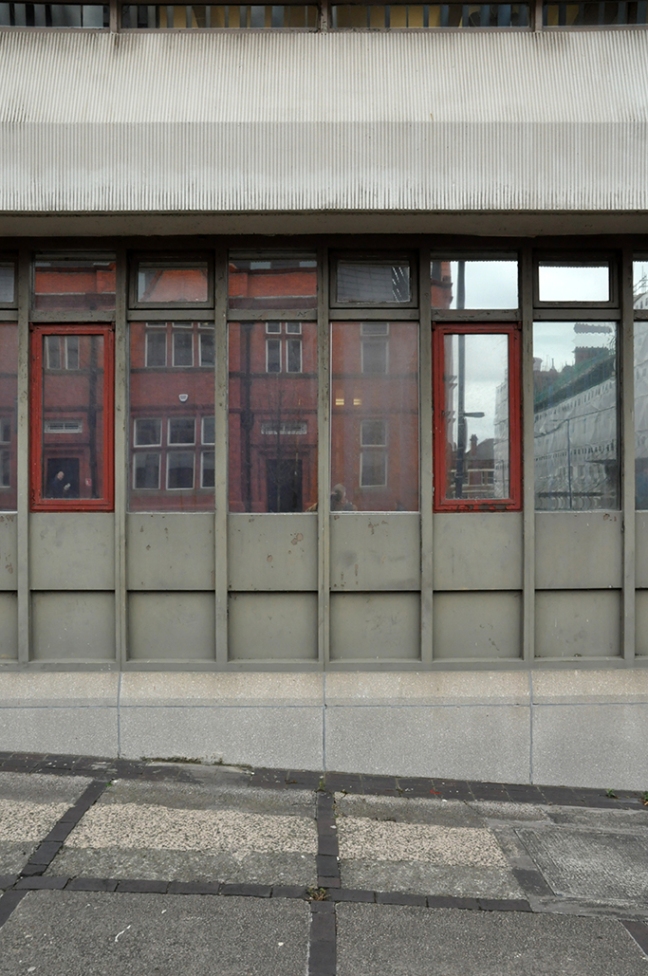 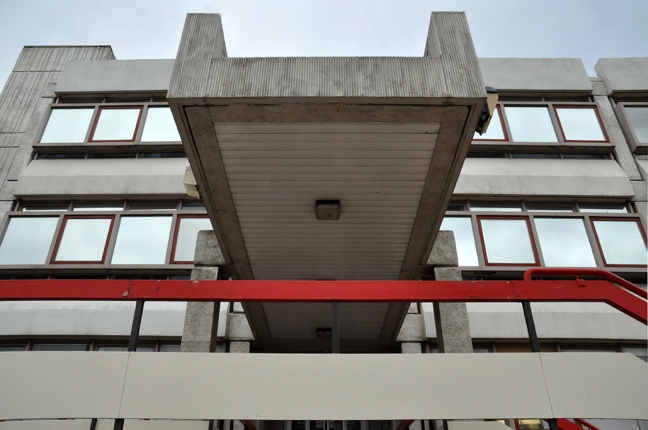 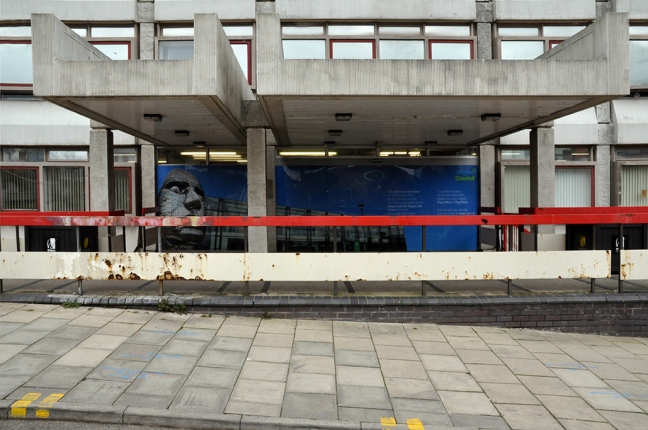 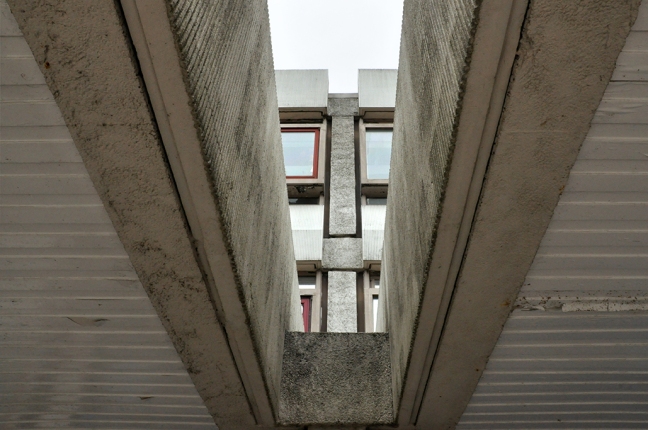 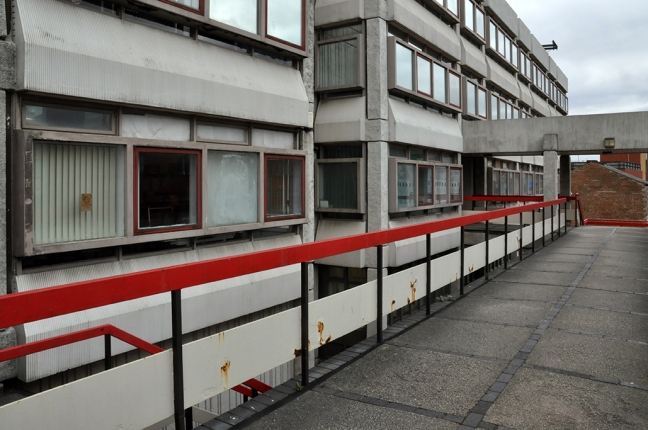 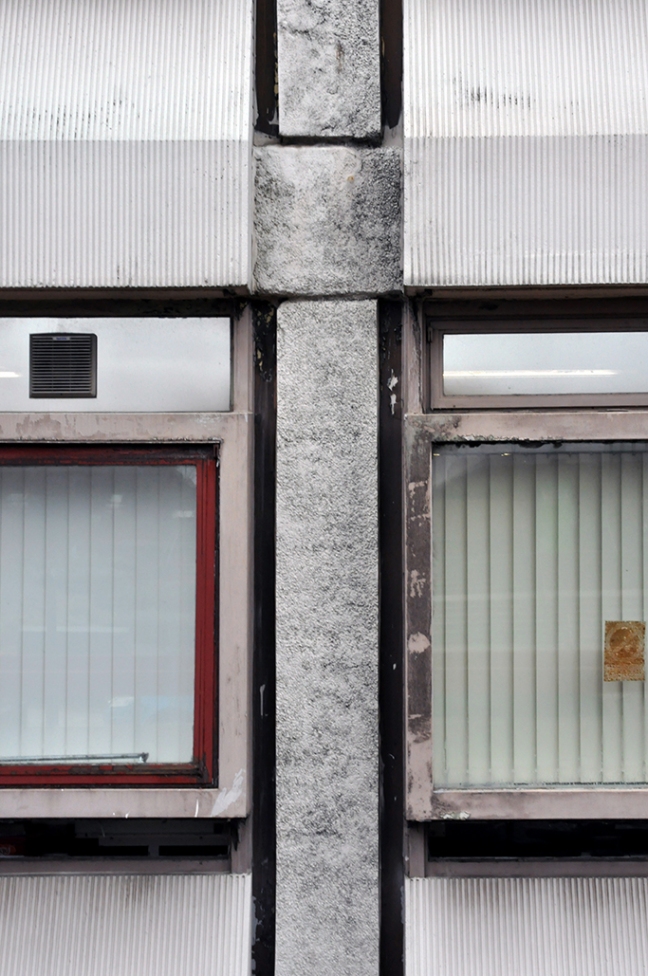 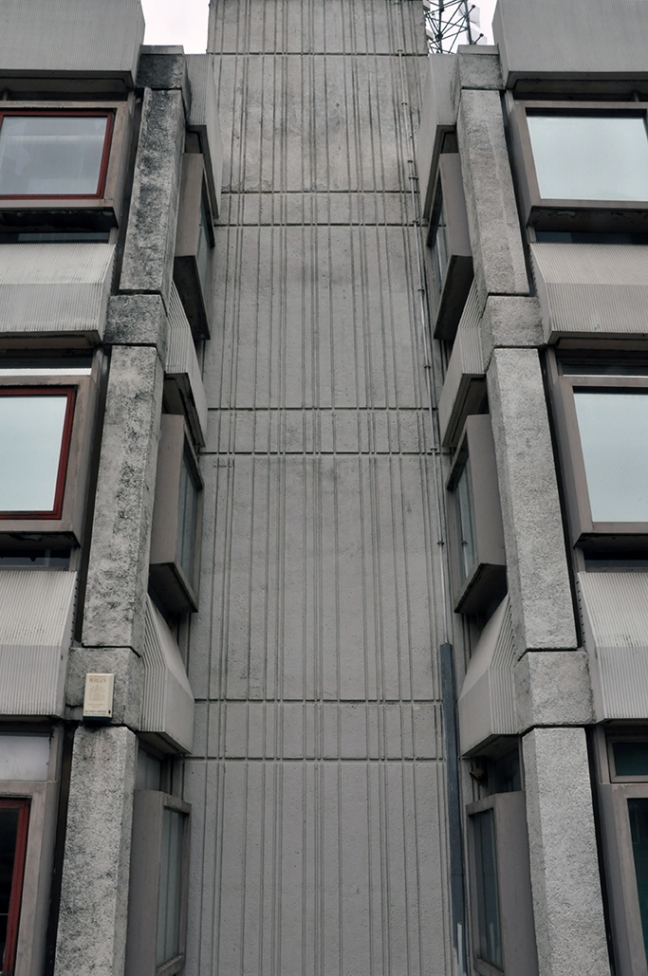 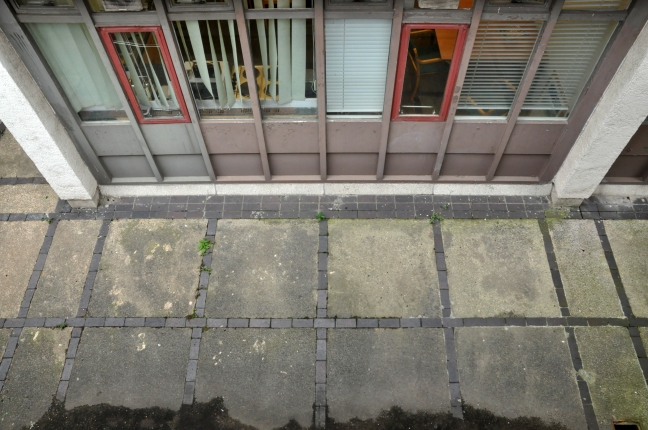 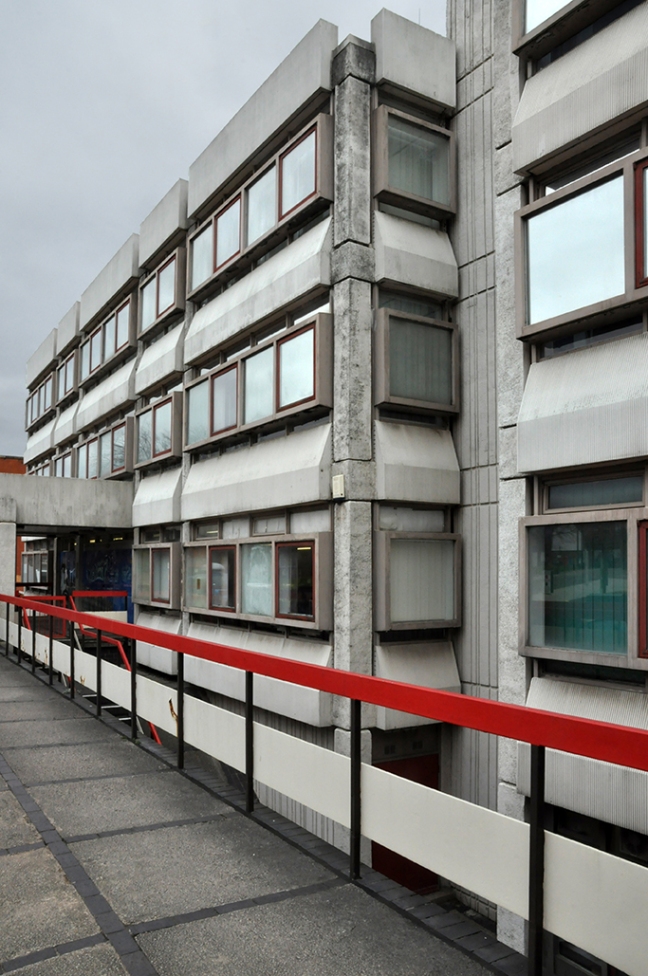 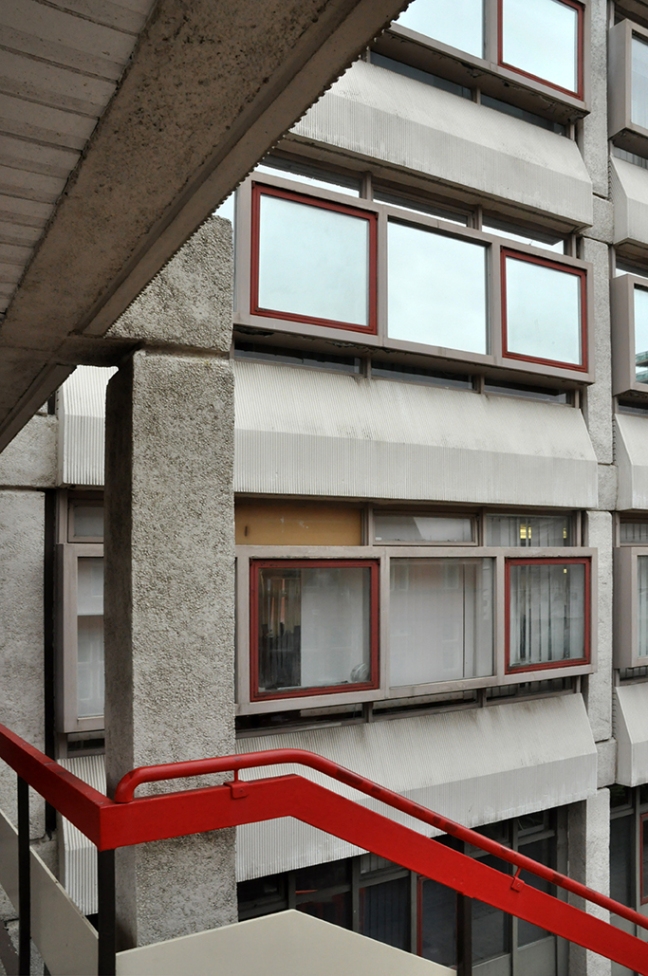 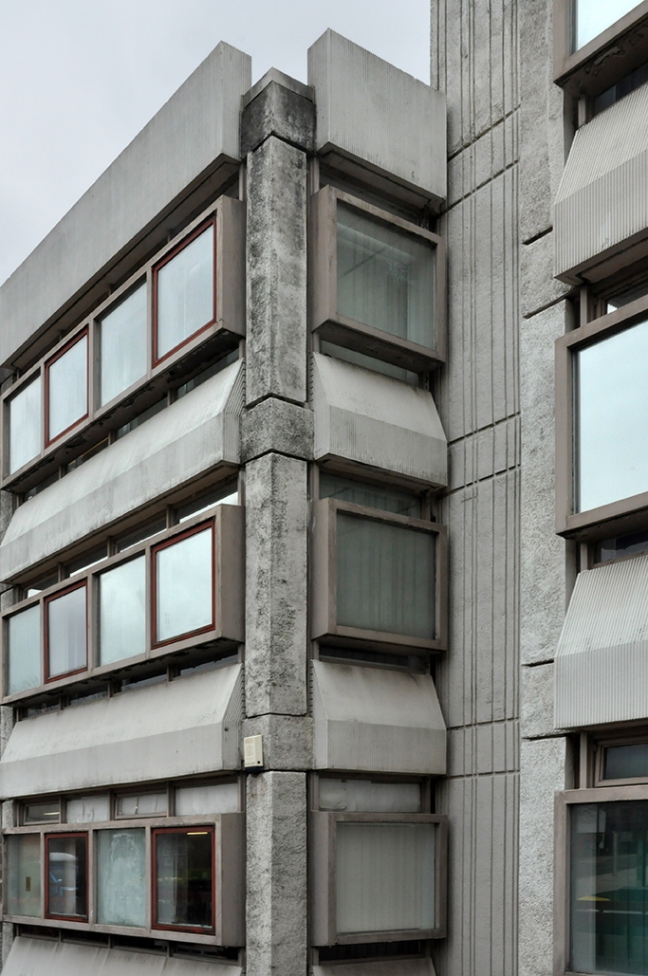 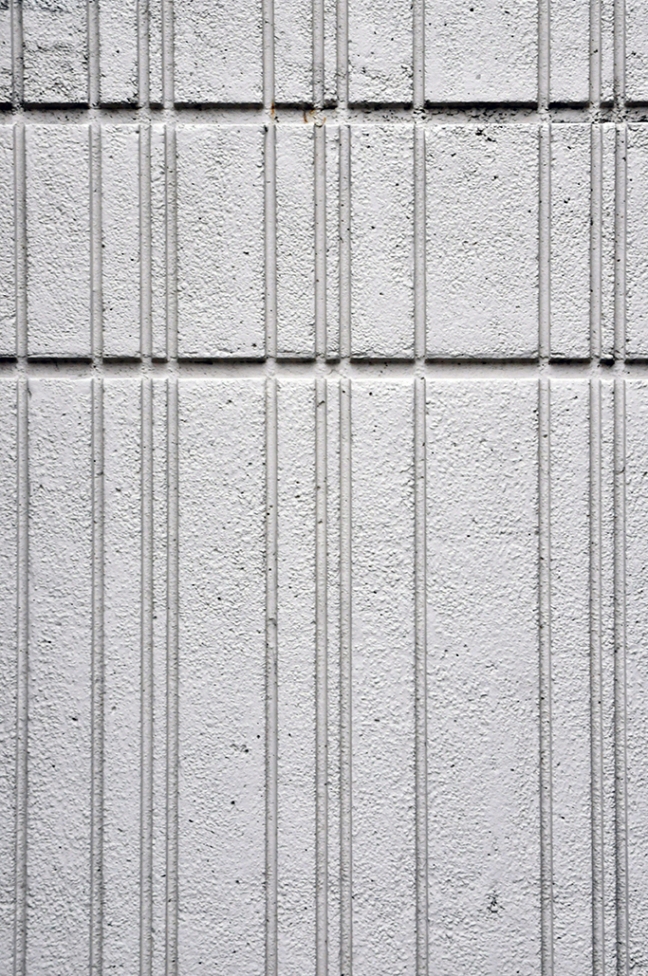 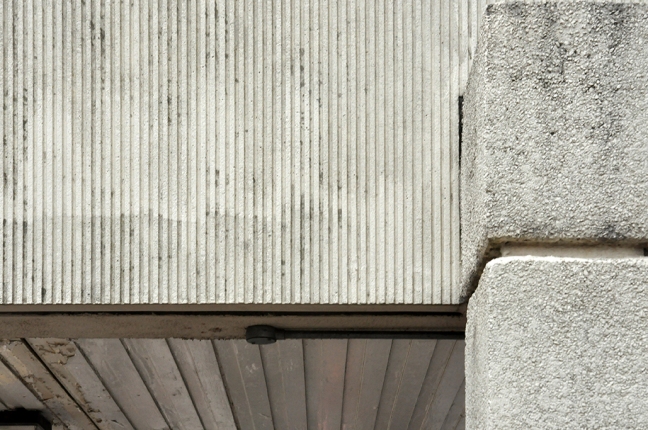 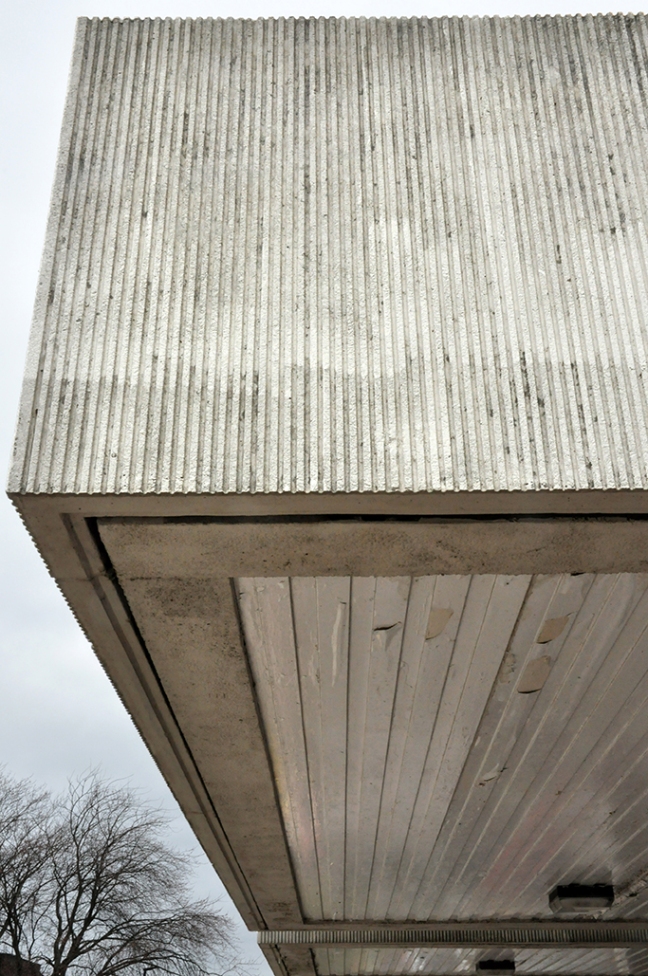 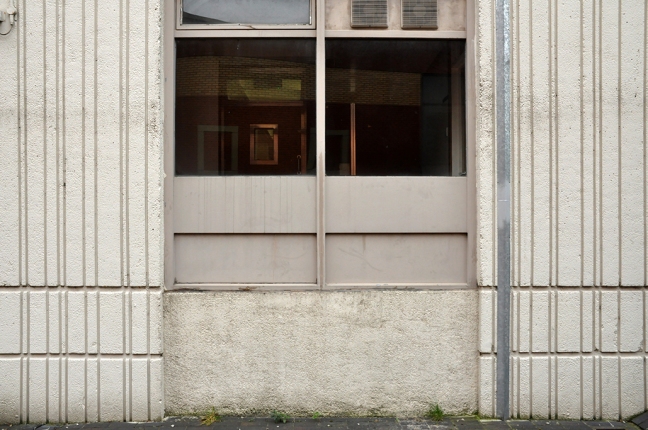 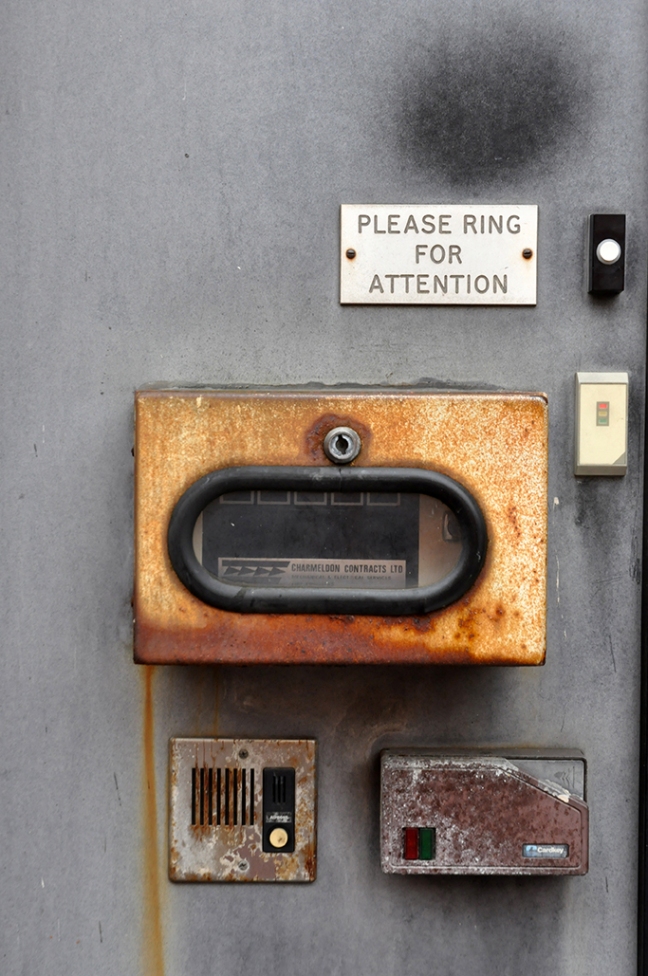 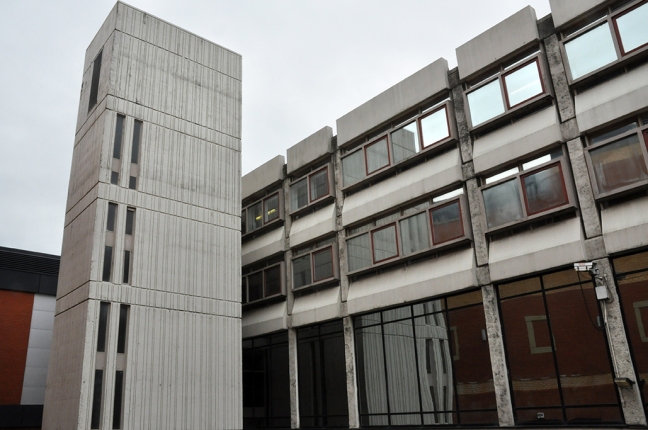 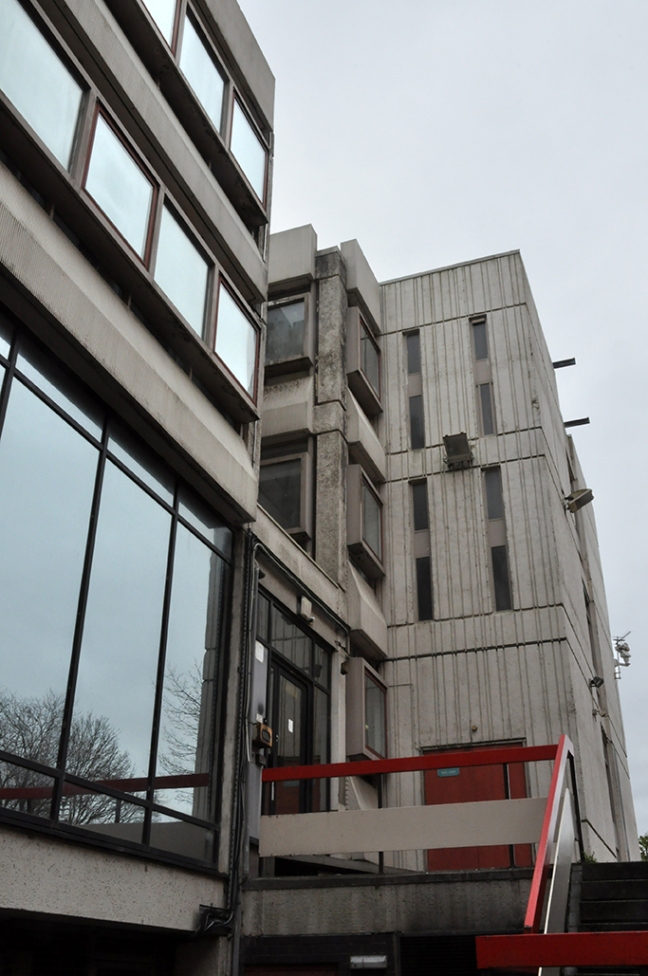 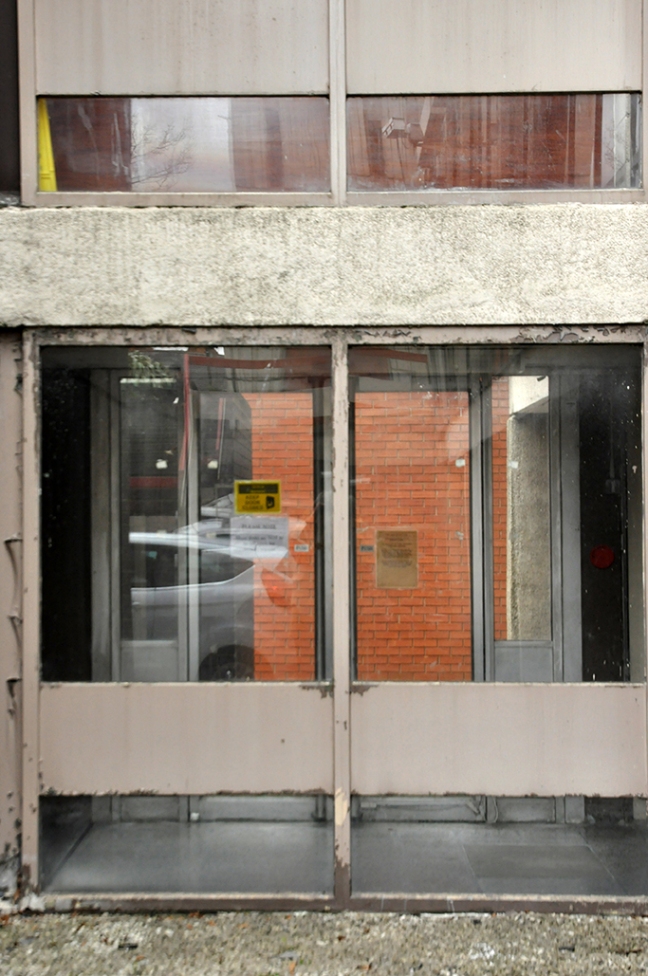 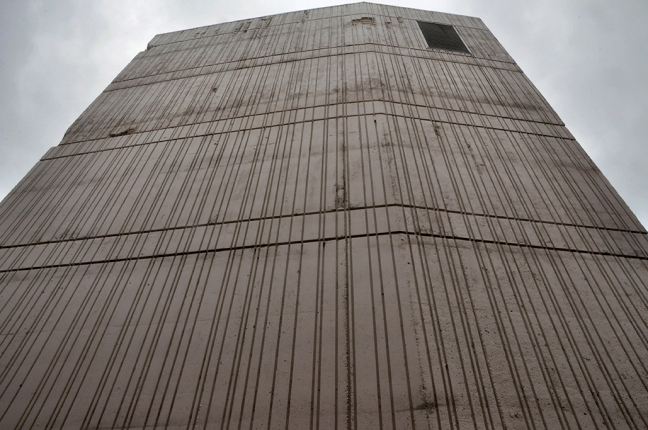