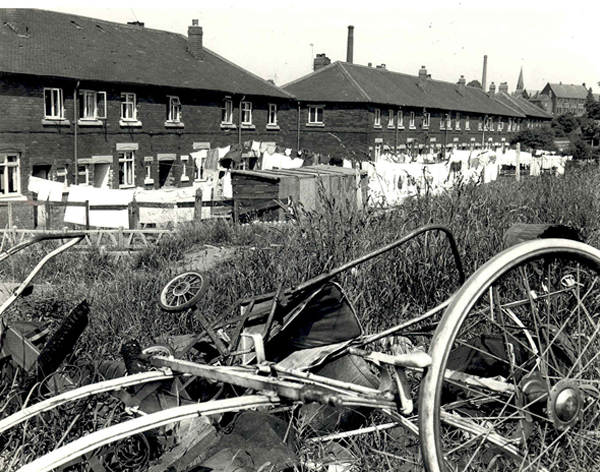 Tucked in between the River Mersey and the A560 were some 200 homes. 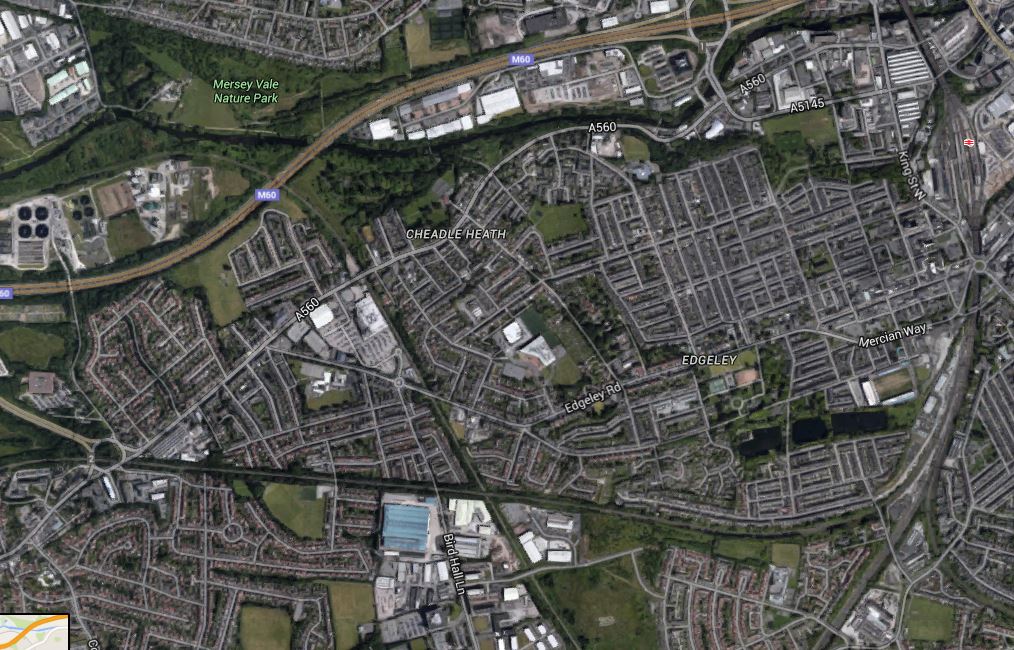 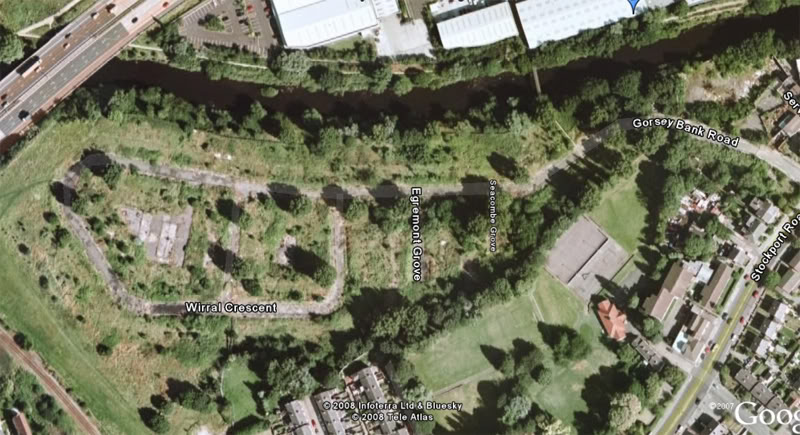 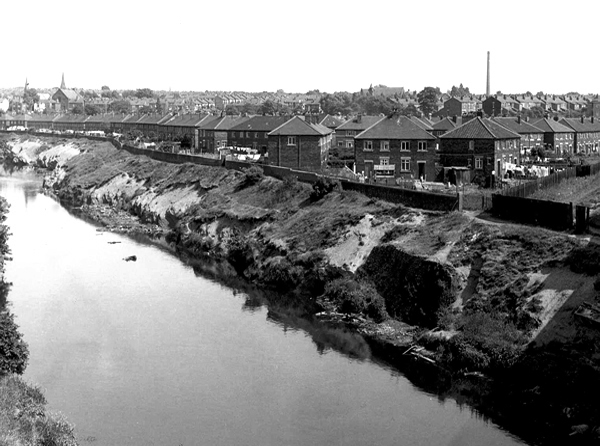 During a night raid, October 1940, they fell victim to a line of bomb damage from Portwood, Cheadle Heath and Cheadle as a bomber tracked a train on the railway line.

The photographs were taken by an Air Raid Warden the morning after the bombing.

The house on the left is No 12, the home of Tom and Louisa Nyland and their children Tom aged 4 and Maureen aged 2. Mrs Nyland received a head wound but no one was killed. The house was rebuilt and the family moved back into the house after the war.

Here is Jack Oldham’s fascinating account of his wartime experience on the estate. 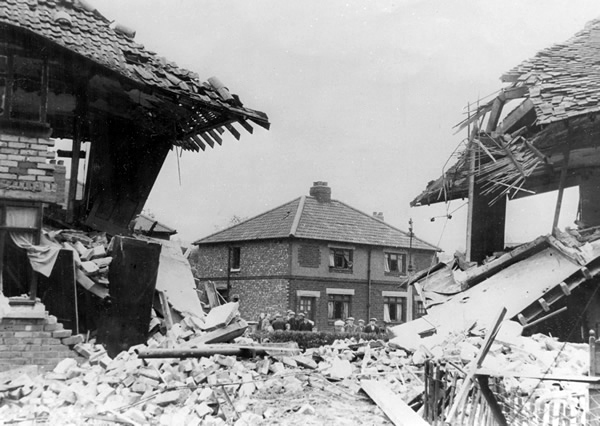 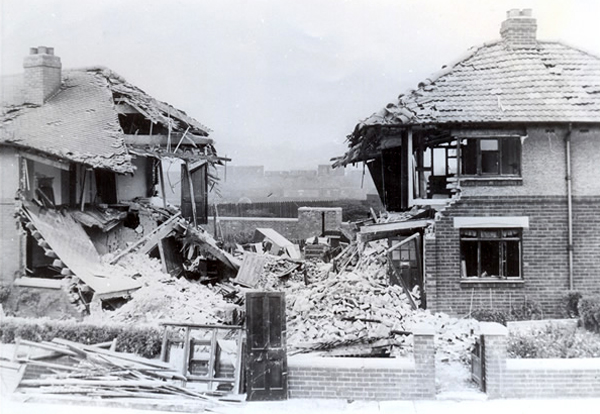 Post war the estate prevails, there are no available accounts of events there, one assumes that little of moment occurred, save people going about the business of living their lives. 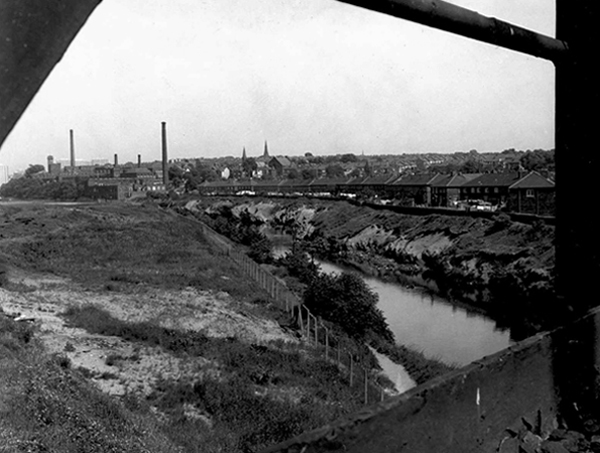 Refurbishment was undertaken during the 1970’s 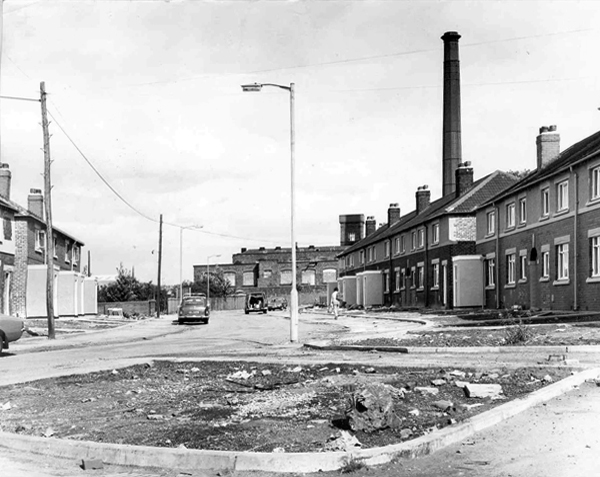 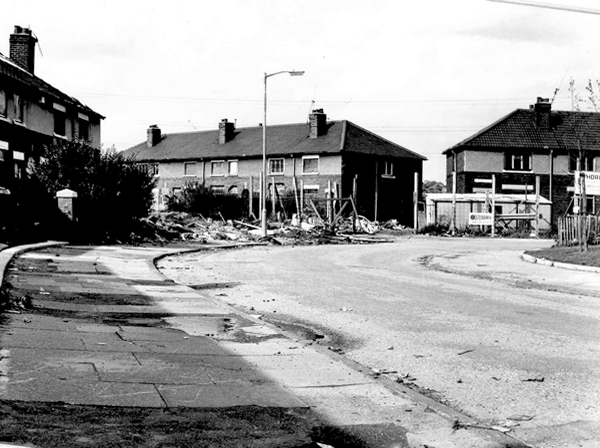 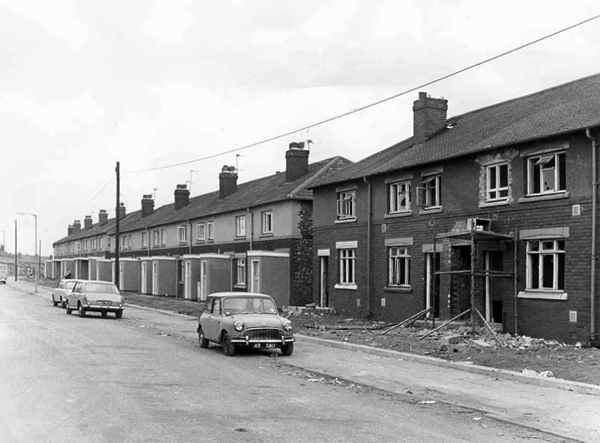 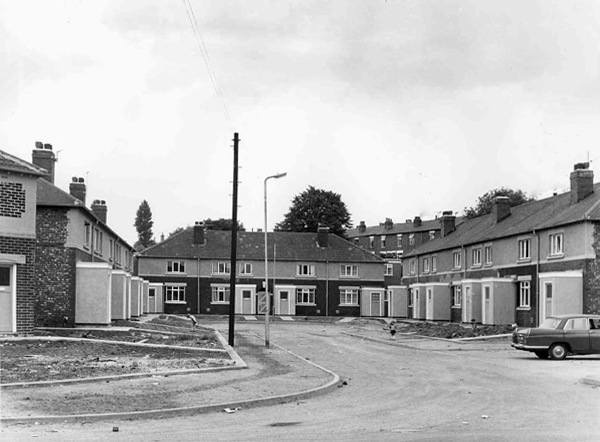 There then follows a tale of decline, crime and associated social problems, which concludes with the estate’s demolition in the late 1990’s.

Sheila Bailey, who became a local councillor for the area in 1990, said:

“There were many law-abiding citizens living on the Gorsey Bank estate but, as usual, it was a minority ruining it for the rest.

“A lot of money was spent on the estate in the 1970’s in an attempt to change the culture but the area just deteriorated.”

“Clearing the estate was a long process and a difficult period, but it did reduce anti-social behaviour in the area.”

She added: “No one is particularly sorry to see the back of the Gorsey Bank estate.”

My thanks to the Stockport Image Archive