I was attracted by the stylish cover of this report, in the town’s second hand book shop, the vendor was expecting forty pounds, I exhaled, eyebrows raised and departed. 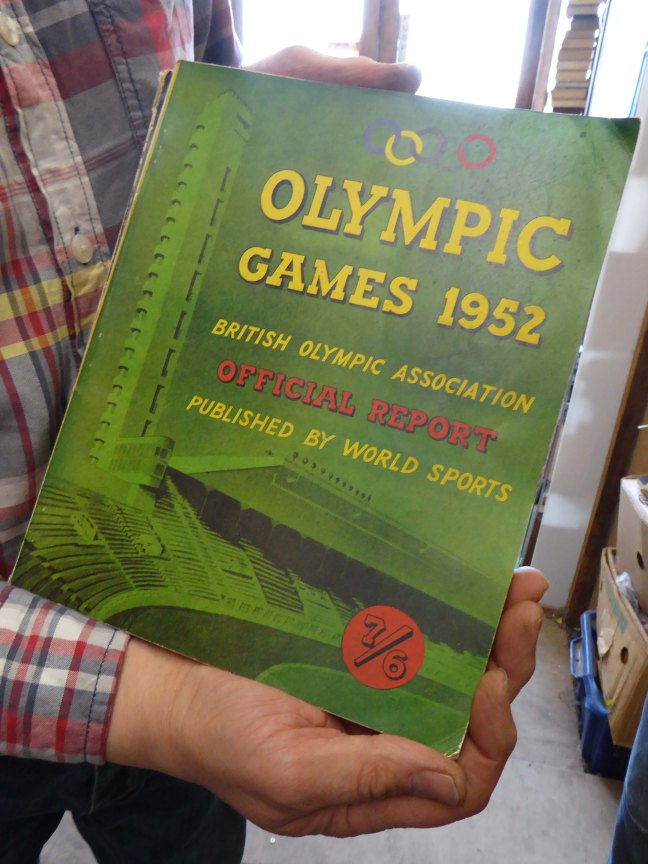 But my curiosity had been aroused.

I was up and running!

To begin, it was the Paavo Nurmi poster, created for the 1940 Games, which were never held because of the Second World War. It was just updated with the dates and the lines around the countries, drawn in red on a globe in the background. 82,000 large format copies were made in nine languages and 33,000 small format copies in 20 languages.

Where they built a stadium.

The Stadium Foundation, established 1927, started to implement that dream, and their first and foremost task was to get a stadium built, which would permit Helsinki to host the Summer Olympics. Building began on February 12, 1934, and the Stadium was inaugurated on June 12, 1938. Since its completion the Stadium has undergone eight important stages of development. The most important was the total modernization 1990-1994. At its maximum, in 1952, the Stadium accommodated 70 000 spectators. Today, the number of spectator places, all of them seats, is 39 000.

The Stadium arena, which has been described as the most beautiful in the world, is the product of an architectural competition. Arhcitects Mr. Yrjö Lindegren and Mr. Toivo Jäntti won the competition with their clearly lined functionalistic style design. The most important events in the life of the Helsinki Olympic Stadium were the XVth Olympic Games, 19. July-3. August, 1952. In the opening of the Olympic Games the spectator record of the stadium was reached 70 435 spectators and the olympic year is still an event which has collected most spectators. Whole year 1952 altogether 850 000 spectators.

The Stadium Building is 243 m long and up to 159m wide. The tower is 72m high. The Stadium covers 4.9 hectares. The Olympic Stadium is administrated by the Stadium Foundation. The Municipality of Helsinki, the Ministry of Education and the central sports organisations are represented in the Board of the Foundation.

The Stadium has been characterized as the world’s most beautiful Olympic Stadium, and what is exceptional about it is the fact that the Olympic buildings are in active use. 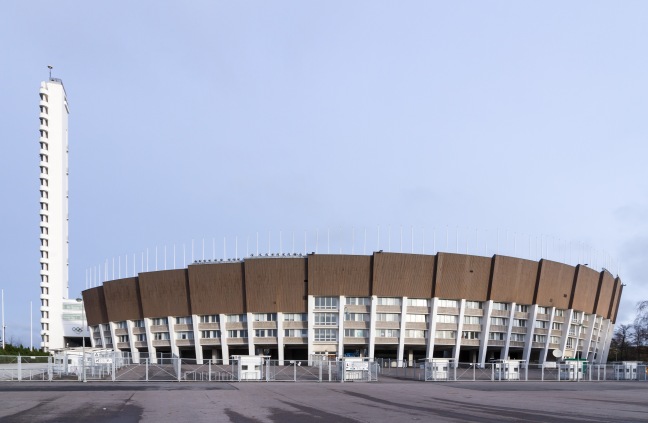 It defined the visual culture of the games. 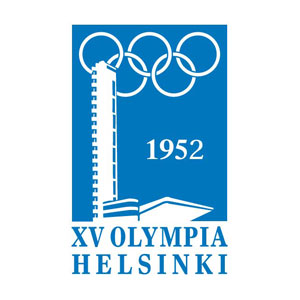 My curiosity was further aroused when I discovered graphic material and images linking Coca- Cola to the games, how long have they been pumping athletes full of pop? 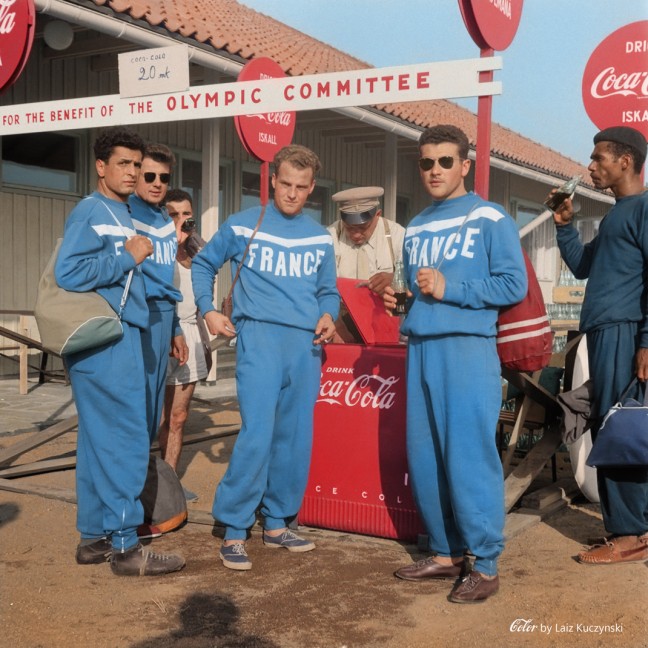 Quite some time it turned out:

The 1928 Olympic Games, which included 46 nations, marked the beginning of The Coca-Cola Company’s Olympic involvement – a presence that would continue to grow to this day, through sponsorships, donations and innovative support programs. That summer, a freighter delivered the U.S. Olympic Team and 1,000 cases of Coca-Cola to the Amsterdam event.

The morbidly obese’s drink of choice was forever aligned with the fleet of foot.

Despite the fact that Finland did not have a local bottler, Coca-Cola still was served to athletes and spectators at the Helsinki Olympic Games. More than 30,000 cases of Coca-Cola were brought to the event from the Netherlands aboard the M.S. Marvic, a rebuilt World War II landing craft, in what became known as “Operation Muscle.” Ice coolers and trucks from the corners of northern Europe also were brought in, turning the ship into a floating stockroom.

Whenever you had done well in an Olympics you would expect some reasonable reward, commensurate with your achievements, wouldn’t you?

What do you want, a medal?

On the obverse, the traditional goddess of victory, holding a palm in her left hand and a winner’s crown in her right. A design used since the 1928 Games in Amsterdam, created by Florentine artist Giuseppe Cassioli ITA -1865-1942 and chosen after a competition organised by the International Olympic Committee. For these Games, the picture of victory is accompanied by the specific inscription: “XV OLYMPIA HELSINKI 1952”. On the reverse, an Olympic champion carried in triumph by the crowd, with the Olympic stadium in the background. N.B: From 1928 to 1968, the medals for the Summer Games were identical. The Organising Committee for the Games in Munich in 1972 broke new ground by having a different reverse which was designed by a Bauhaus representative, Gerhard Marcks.

Olympics are obviously something of a global money spinner for many greedy nations, they will stop at nothing to cash in, producing millions of tiny stamps, at premium prices, to rinse the undeserving and guileless citizen.

Here are a few more examples of the graphic identity with a distinctive modern style: 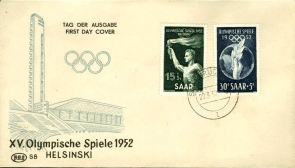 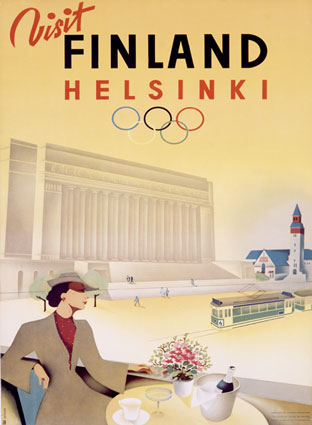 There we have it, now we’re all ever so slightly older and wiser.

For further information have a look here

Or do like I do and buy y’self a copy of that Olympic report from eBay.

For considerably less than forty pounds.