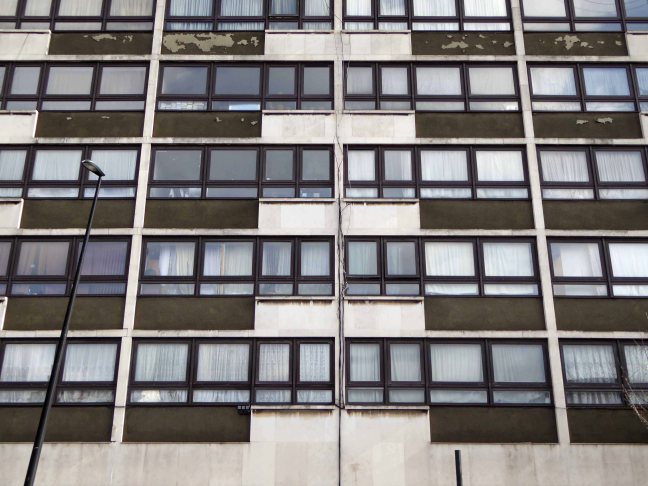 “The immediate problem after the war was to house those whose homes had been bombed. Longer-term objectives were to complete and extend earlier clearance programmes in order to reduce the population density and separate industry from residential areas, as reaffirmed in the County of London Plan of 1943. Some 5,000 people lived in temporary housing, including requisitioned properties and hutments or mobile homes, prefabs, of which the L.C.C.’s first in East London were in Florida and Squirries streets. All but 15 of its 190 ‘prefabs’ were in use in 1955, together with 309 requisitioned properties; at least 48 mobile homes were still in use in 1966.  War damage had been repaired by 1953 and attention shifted to slum clearance; flats were to be allotted to those in cleared areas rather than by a waiting list. The L.C.C. and M.B. co-operated in drawing up five-year plans:  by 1954 there were 16,852 permanent homes of which 2,434 were unfit, 1,711 in the L.C.C.’s clearance areas and 675 in the M.B.’s, together with 48 individual houses. The L.C.C. demolished 510 and the M.B. 550 between 1956 and 1960 and the M.B. demolished another 151 unfit and 46 other houses in 1961-2. Most were replaced by municipal estates, although both councils also acquired sites scheduled for industry, business, or open space. It was estimated that to find a site and build an estate took six years.”

The six-storeyed Mayfield House opened with 54 flats in 1964 on the east side of Cambridge Heath Road, south of the town hall.

Exploring London in an accidental and often tangential manner, often offers many surprises. Ostensibly in search of the V&A Museum of Childhood I tumbled into Mayfield House. The whole area, as can be seen in the above link, is home to several estates and homes, designed by the eminent architects du jour, Mayfield receives no such attribution, possibly the work of the borough office.

None the worse for that a building of some note, famously housing one of London’s first coin operated laundries, as seen in the promo video for The Streets – Dry your eyes.

The flats also contain a Somalian Centre, Bethnal Green having been home, for many years to Somali seamen – the subject of a recent photographic exhibition by Sarah Ainslie

“I first came to London by ship in March 1958. I stayed in Aldgate for a night and went to Newport where my cousin had a house. There are many Somalis there. From that day until I retired in 1990, I was in the Merchant Navy, and I brought my family over from Somaliland. In 1970, I moved back to London to Bethnal Green but my wife and daughters chose to stay in Newport.

In Somaliland, I owned over a hundred camels and sheep. Nobody keeps camels anymore, everyone sold them and moved to the city. They say, ‘It’s too much work.’ But keeping camels and sheep and living on a farm, it’s a good life because you eat every day. Everybody wants to do it again now.” 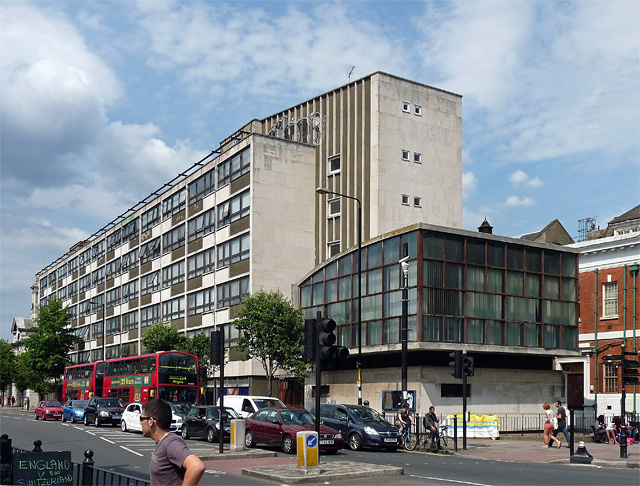