Thanks for coming along, it was a pleasure to meet you.

But how and why did we all get here?

Much is made of Park Hill’s relationship with Le Corbusier’s Unité d’habitation and there are clear links both visually and conceptually. 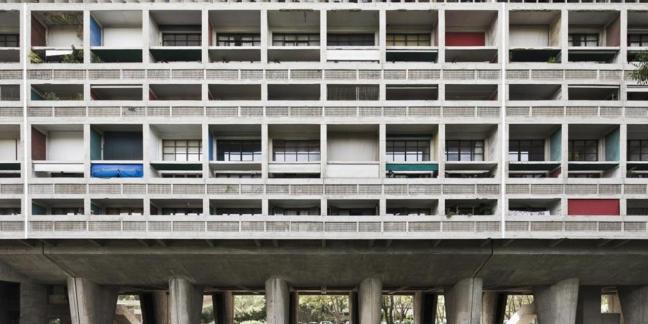 The open rectilinear concrete structure and integrated services and surrounding space – replacing a grid-iron of back to backs considered unfit for purpose.

Architects Jack Lynn and Ivor Smith under the supervision of John Lewis Womersley, Sheffield Council’s City Architect, began work in 1953 designing the Park Hill Flats. Construction began in 1957. Park Hill Part One was officially opened by Hugh Gaitskell, MP and then Leader of the Opposition, on 16 June 1961.

The initial success of the development was followed by a period of slow decline, mirroring the fate of post-industrial Britain. Unemployment, lack of investment and the public and central government perception of social housing all contributing to Park Hill’s eventual closure.

Despite the problems, the complex remained structurally sound, and was Grade II* listed in 1998. A part-privatisation scheme by the developer Urban Splash in partnership with English Heritage to turn the flats into apartments, business units and social housing is now underway. The renovation was due to start in around 2007 but was put on hold due to the recession with work starting in 2009 with the first phase open to residents in 2010/11.

So today we see a site in transition, partially resuscitated, half tinned up and stripped out.

How then do we photograph present-day Park Hill?

My answer it to walk and look, take time to explore the site and consider your response.

You can approach the project as an entirely formal process, considering:

Viewpoint – where you physically stand and look.

Light – naturally occurring, from the ever changing sun or artificially from flash, its source and your relative position to it and the subject, are of primary importance.

Composition – framing the subject carefully on screen or through the viewfinder, taking care to include only the elements you feel are of consequence.

Are those elements organised in a grid, symmetrical or diagonal?

By changing the camera angle the composition can be radically modified.

All the visual arts rely on a common vocabulary:

Shape – the physical form both geometric and organic.

Line – the implied or actual path between points that lead and direct the eye. 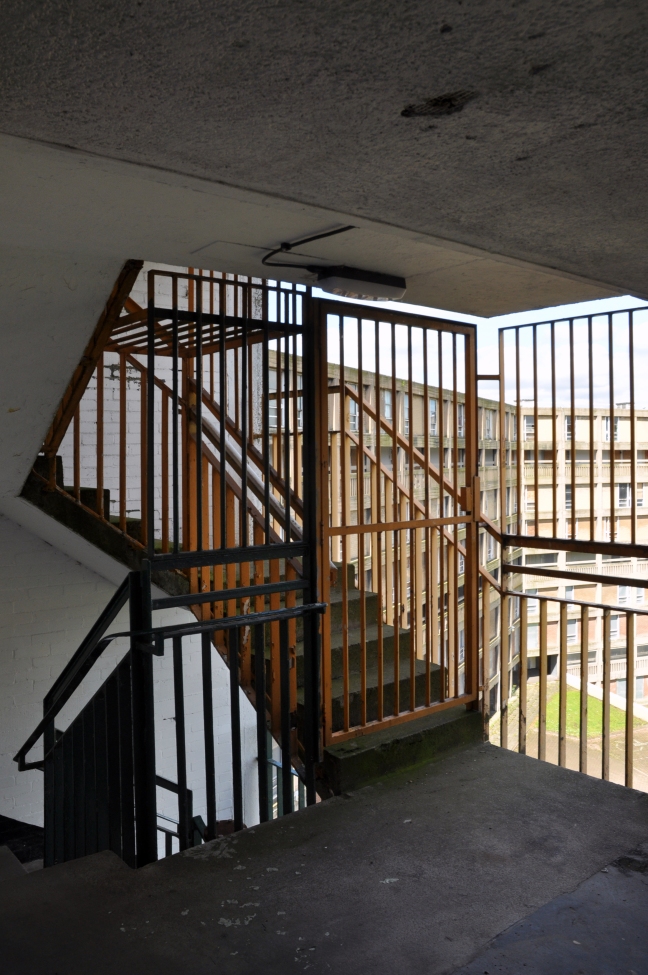 Tone – the range from dark to light.

Colour – the chromatic value from bright primary to dull non-colour.

Texture – taking the rough with the smooth.

Pattern – the repetition of shape

These elements can be composed to form contrast and/or harmony, as straight meets bent, whilst red and grey collide.

Historically record photography has taken such a dispassionate view of a site or subject, and this objective approach was taken up by the New Topographers.

Many of the photographers associated with new topographics including Robert Adams, Lewis Baltz, Nicholas Nixon and Bernd and Hiller Becher, were inspired by the man-made, selecting subject matter that was matter-of-fact. Parking lots, suburban housing and warehouses were all depicted with a beautiful stark austerity, almost in the way early photographers documented the natural landscape.

Alternate to this formal approach is a more subjective narrative style of photography.

What do you think and feel?

Fashioning a personal response, through that which you choose to include or exclude, in the pictures that you produce.

Roger Mayne in 1961 framing the optimism of the newly opened estate.

Bill Stephenson in 1988 capturing the later days Park Hill set against a backdrop of decline. 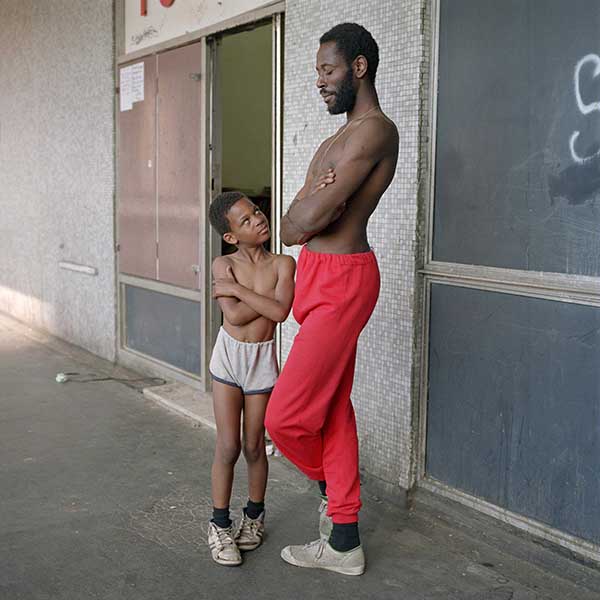 As seen in the recent S1 Artspace exhibition Love Among The Ruins.

Both photographers have chosen to consider the relationship of the residents to the estate, rather than simply make a formal record, theirs is generally considered to be a Humanist documentary position.

This does not preclude the consideration of the formal elements listed above – it is a question of emphasis.

Working with people can be a longer term project – where access and privacy are negotiable – to be handled with care.

We can however record the evidence of where people have been – it just requires a patient and curious eye. 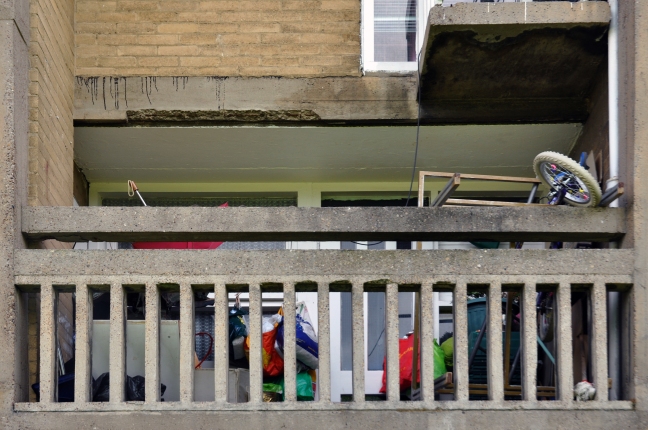 In building up a personal response consider the use of a wide or establishing shot to set the scene, giving context for that which is to come.

Moving in ever closer for telling details.

I’ve been here once or twice before.

Why are all these photographers coming here from Manchester?

So ta-ra Sheffield and Park Hill see you again soon.