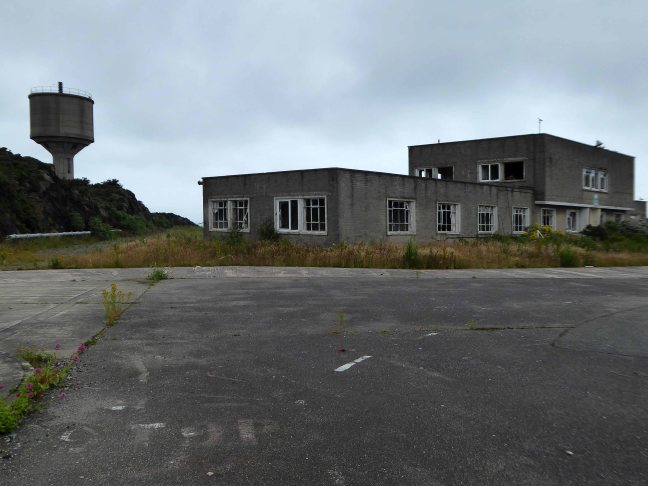 Amlwch has been the centre of the world’s copper industry, a coastal town on Anglesey with a long history of trade, the coming and going of goods.

Once the site of a processing plant extracting bromine from sea water.

The Associated Octel factory was built to extract bromine from seawater and turn it into an additive for petrol engines. At the time, petrol used in road vehicles contained lead. Engine knocking was a common problem, when the mixture of air and fuel didn’t burn efficiently with each detonation. This could damage engine cylinders over time. The additive produced here reduced knocking and improved engine efficiency.

As the health effects of lead in vehicle exhaust gases became better understood, unleaded petrol was developed. It was introduced to UK filling stations in the 1980s, and leaded petrol was later phased out. As demand for anti-knock additive reduced, the Octel factory diversified into other bromine products and was taken over by Great Lakes Chemical Corporation. In 2003, the corporation decided to close the works with the loss of more than 100 jobs.

A detailed history of the site can be found here at Octel Amlwch.

The site has been subject to arson attacks and partial demolition, the extant buildings tagged, tattered and torn.

Slowly but surely nature breaks through the tarmac and concrete.

The gate is open, the lights are out, there’s nobody home.