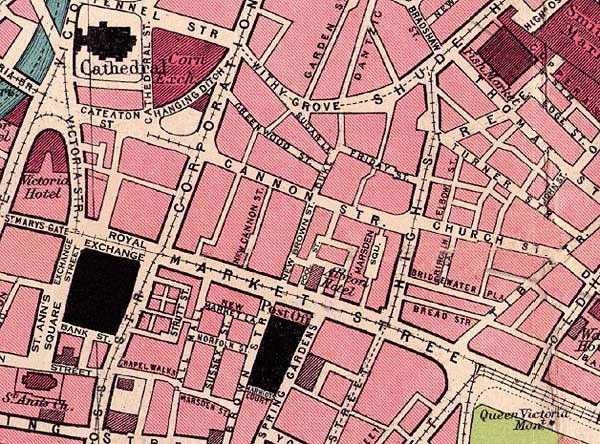 City streets are by their nature subject to movement and change, things literally come and go – in milliseconds, days and decades. People and places are shaped by the forces of function and fashion, economics and history.

Before the Arndale,  pre-pedestrianisation, Market Street, from the Fifties until the Seventies, was one of Manchester’s key arterial, retail thoroughfares. Mixing mixed traffic, shops, cafés and restaurants, bars, cinemas, offices and administration.

The architectural skyline, had the raggedy silhouette, of a century of build and rebuild.

Lower your eyes, there’s Classical, Gothic, Baroque, local Rococo, Deco, Moderne and Modern – that’s right Madam no two the same, four for a pound, get it while you can.

Lower still, things are still never still, a riot of colour in black and white Vitrolite.

Neon abounds, the names are never changed to protect the innocent.

Local traders are slowly replaced by national and international multinationals.

You have nothing to lose but but your chain-store now.

Henry Cohen came to Manchester around 1880. In 1910 he opened a men’s clothing outlet at the corner of Market Street called the Smart Outfitting Company. Having turned down a chance to join Marks and Spencer, he eventually built his department store in Market Street which opened in 1923. Henry’s Stores was redeveloped in the early 60’s acquiring an extension and a unifying Modernist façade, the site and store was acquired by BHS in the mid 60’s.

Rylands Building is a Grade II listed building in the building was originally built as a warehouse by the Rylands textile company which was founded by John Rylands. The building was designed by the eminent Manchester architects, Fairhursts, in an Art Deco style. It is clad in Portland stone and features a decorative corner tower and eclectic ‘zig zag’ window lintels.

Following a fire, in 1957, which totally destroyed the premises of Paulden’s Department Store, in All Saints, the company acquired the Rylands warehouse building and converted it to a store. This was then a direct rival to the Lewis’s store, on the opposite side of Market Street. In 1973 Debenhams, the owner of Pauldens rebranded the store in their name. Since that time it has remained Debenhams.

Marks and Spencers and Burton’s both undertook extensive Modernist building in the early 60’s on on the Corporation Street site, neither have survived. The Chelsea Girl steel frontage, UCP Restaurant beloved of the Manchester Modernists, Kardomah Café and countless other landmarks are long gone. Lewis’s has become Primark.

The double indignity of the Arndale and a bomb have changed things forever.

Nothing stands still – this is Market Street. 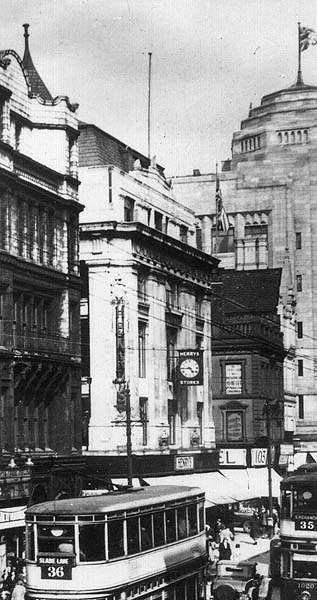 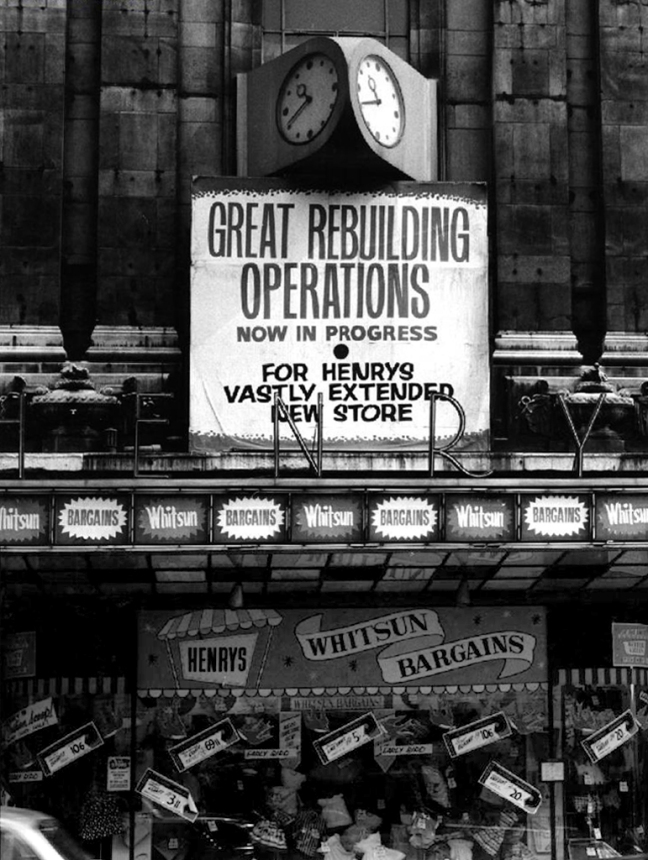 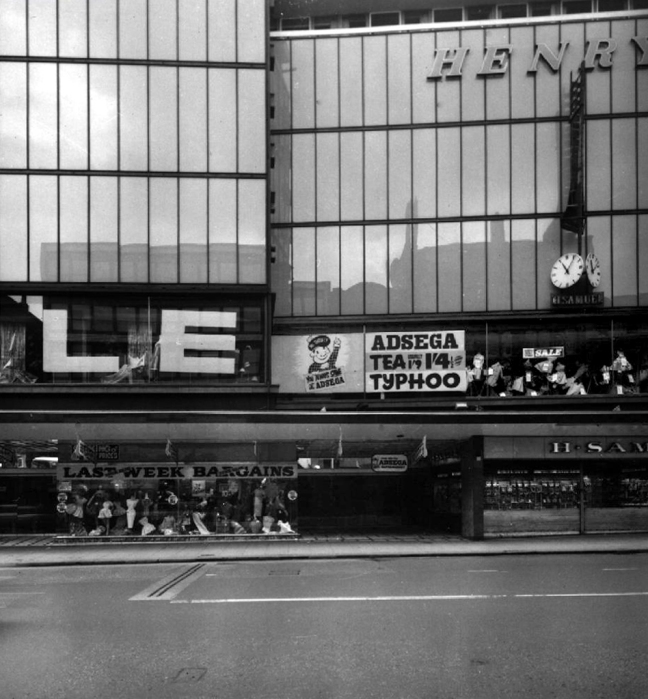 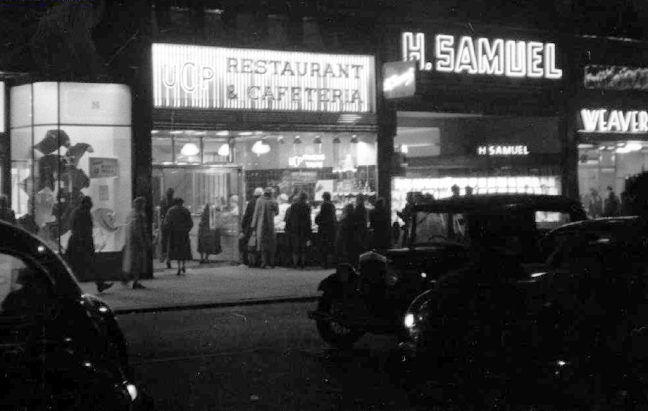 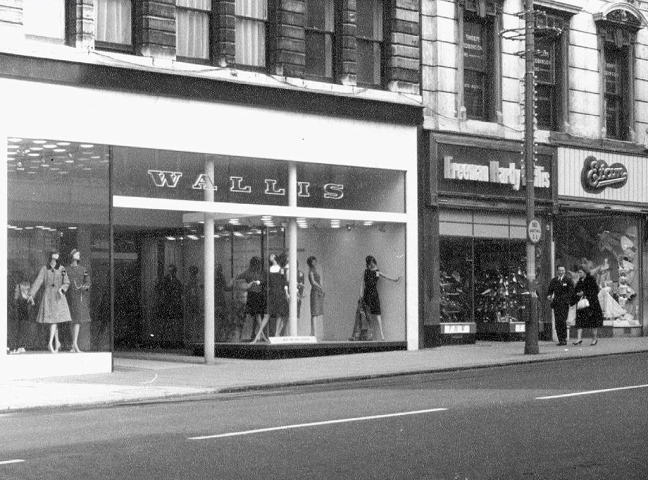 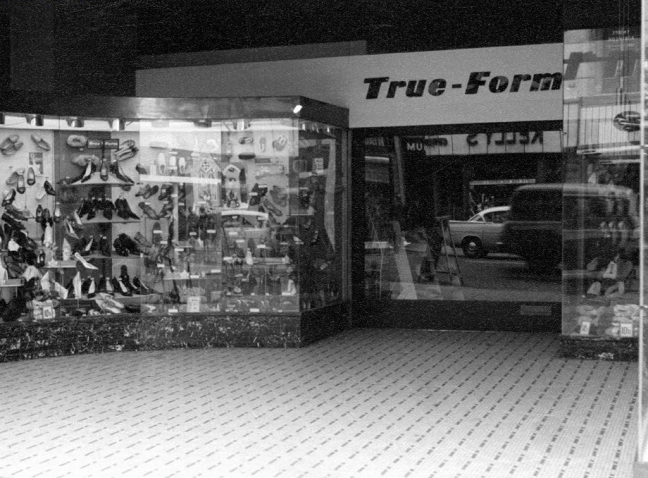 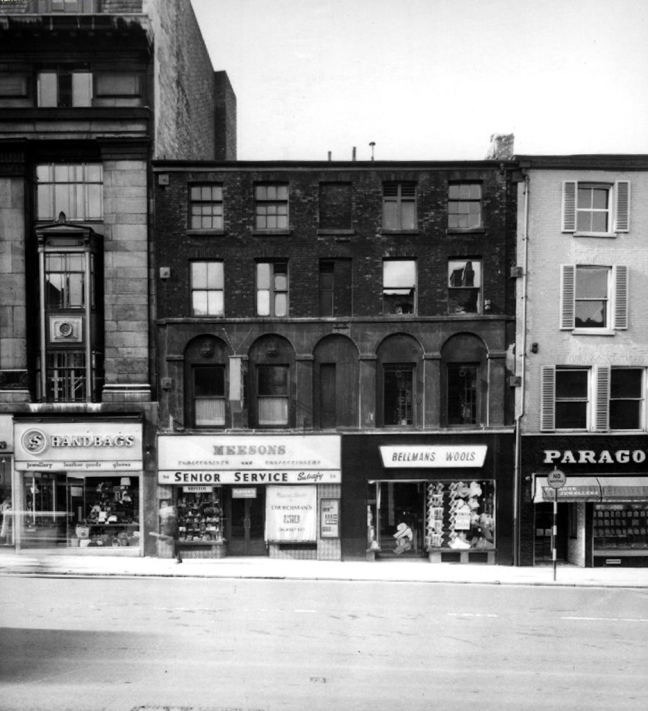 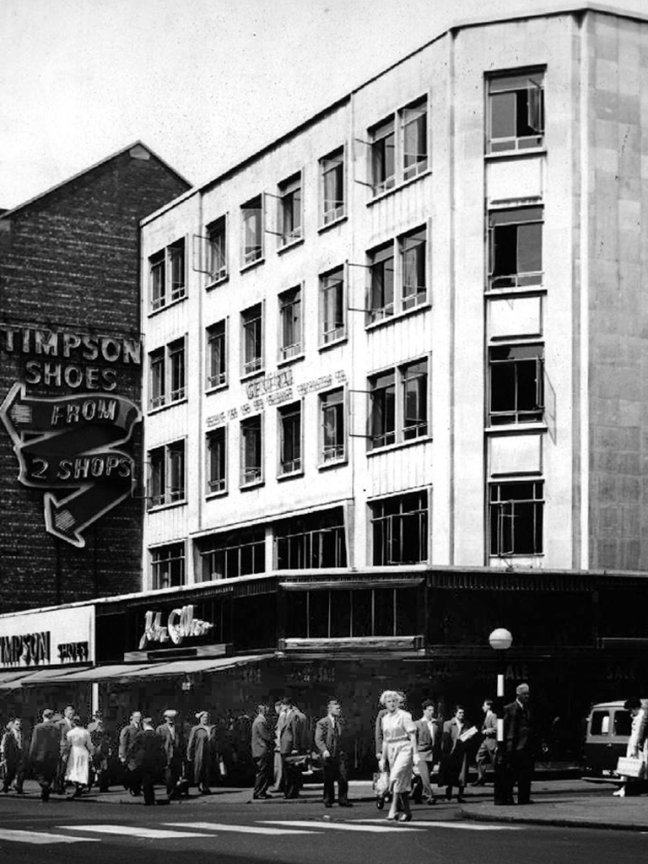 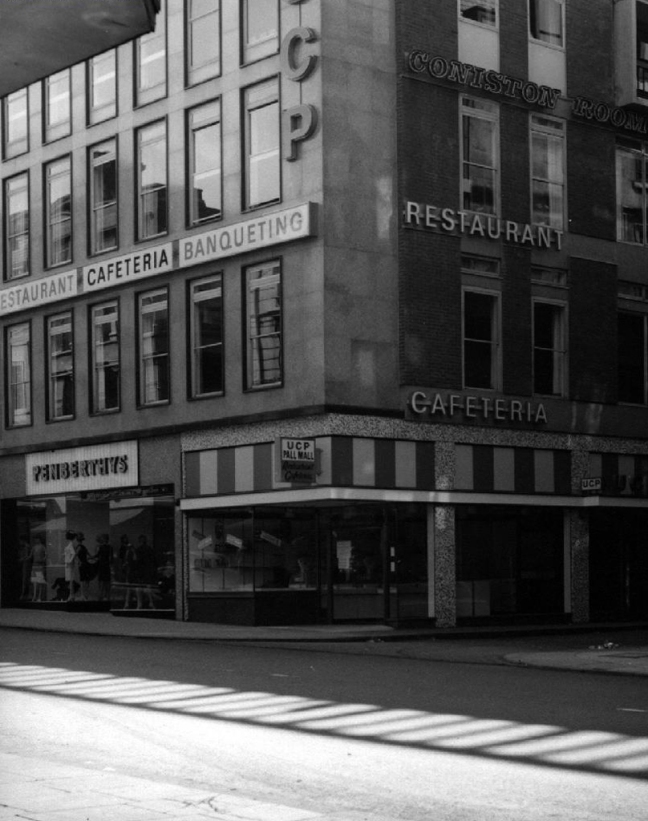 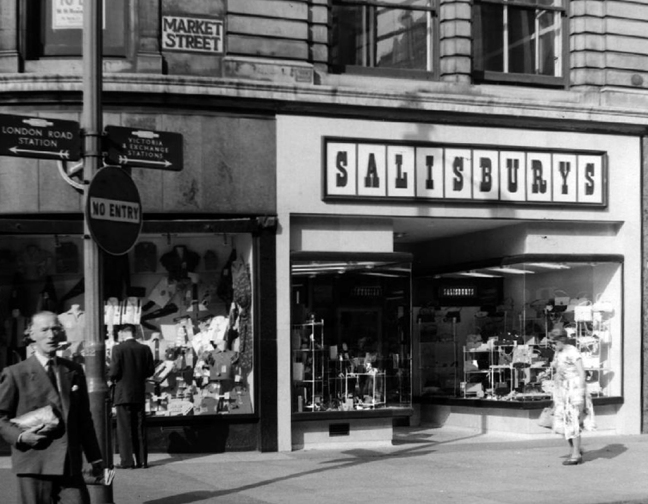 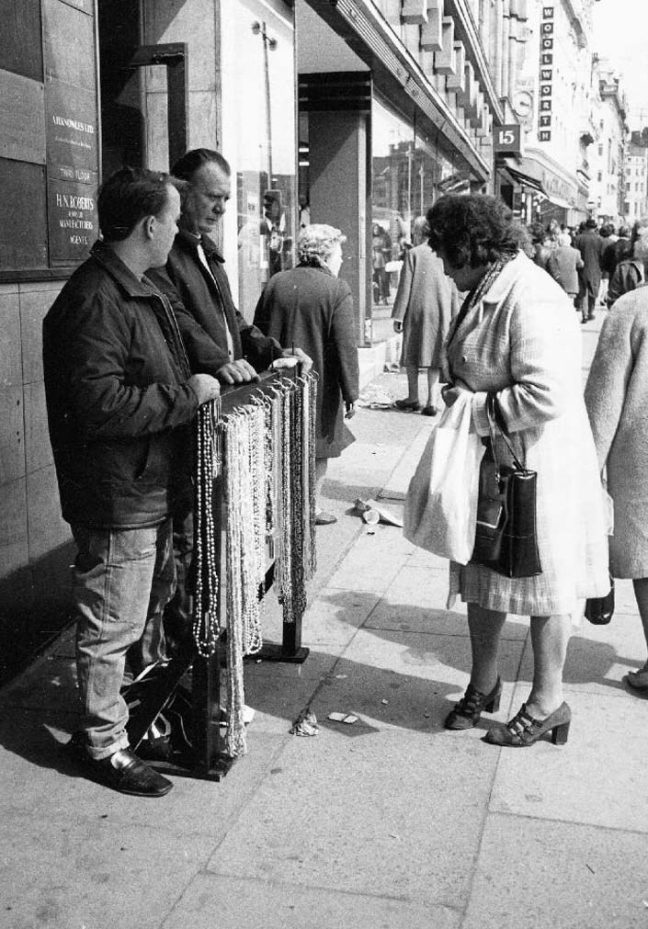 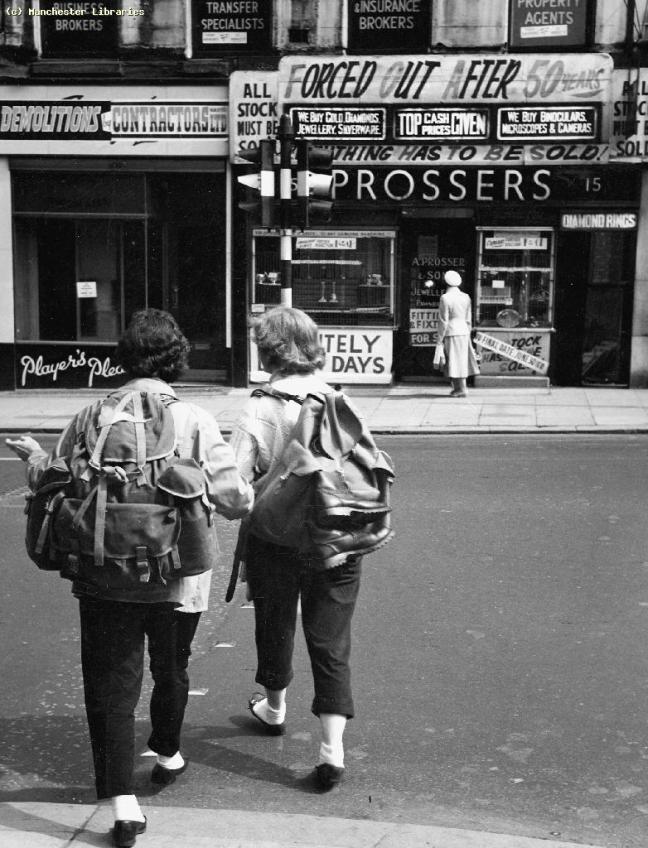 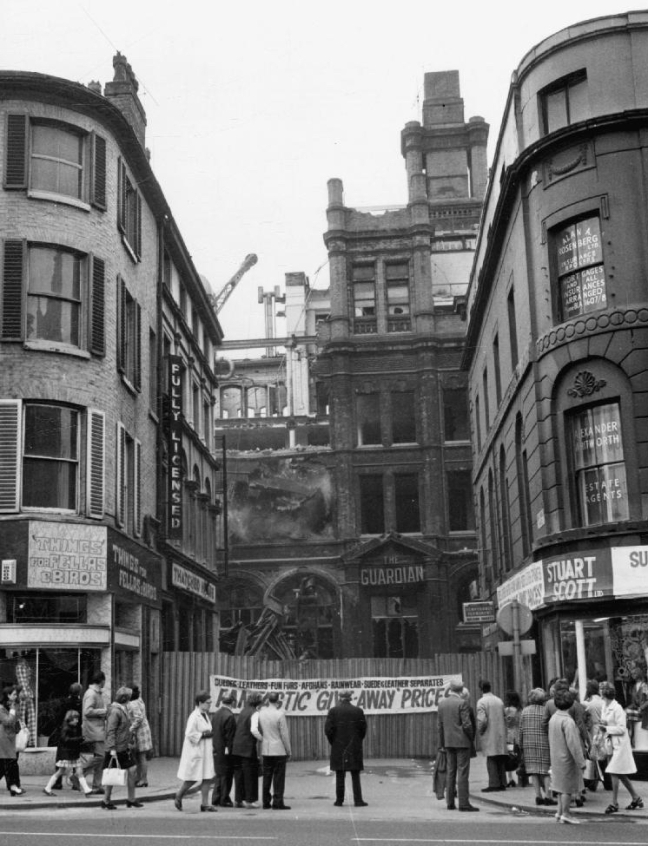 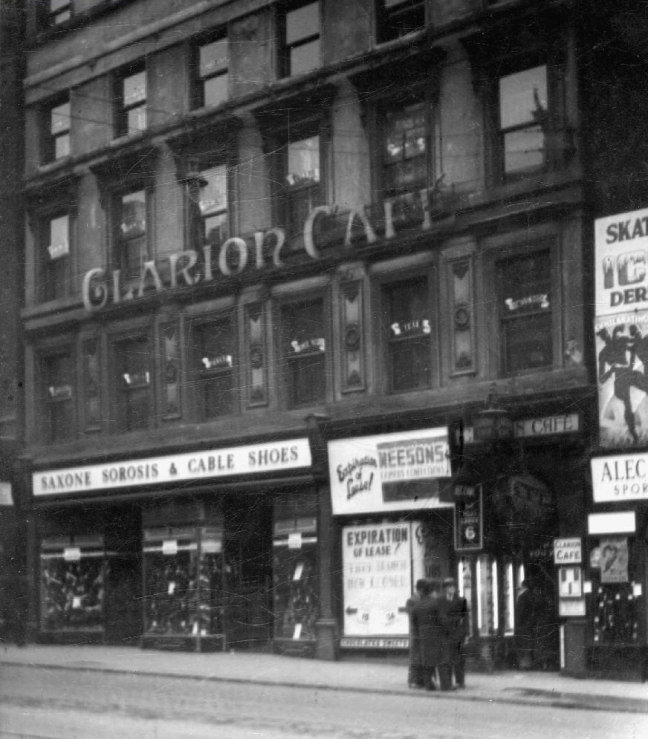 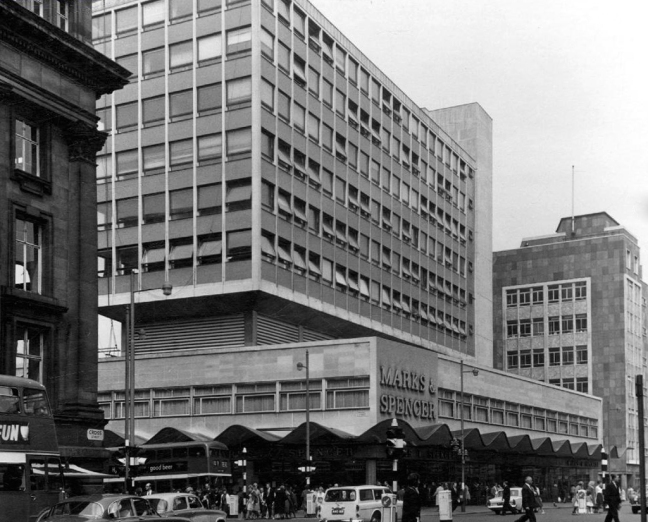 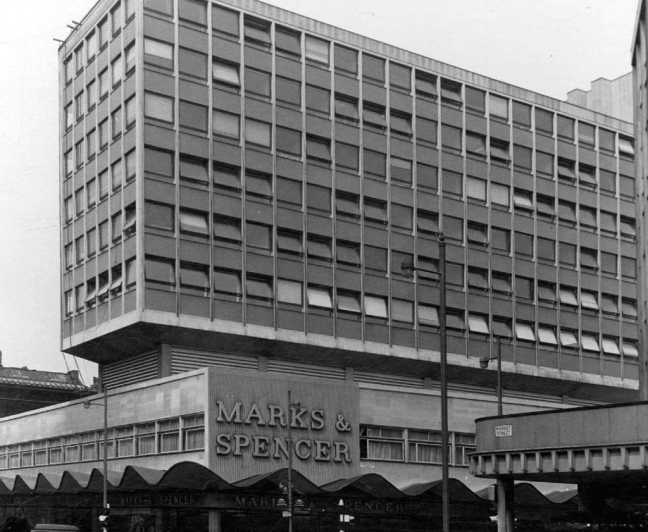 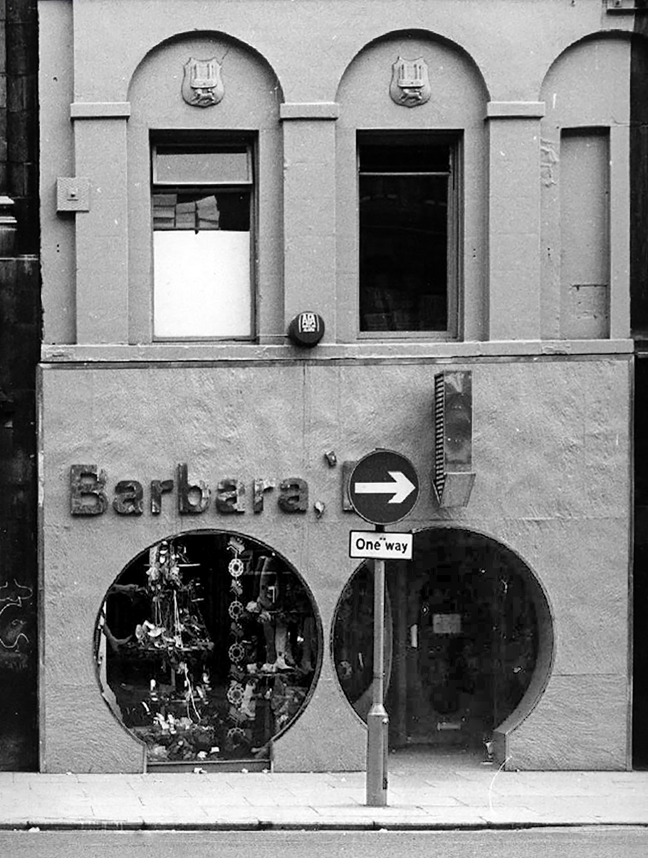 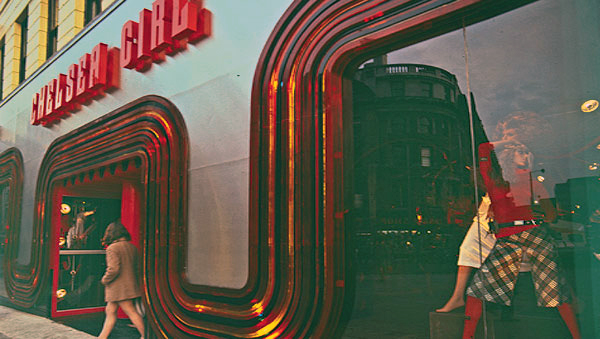