Arriving in Rochdale in search of something else entirely, it was impossible to ignore seven prominent, as yet unclad tower blocks, high upon a hill. I was informed by a local resident that they were known locally as the Seven Sisters, though variously identified as Falinge B, College Bank, and Holland Street flats. 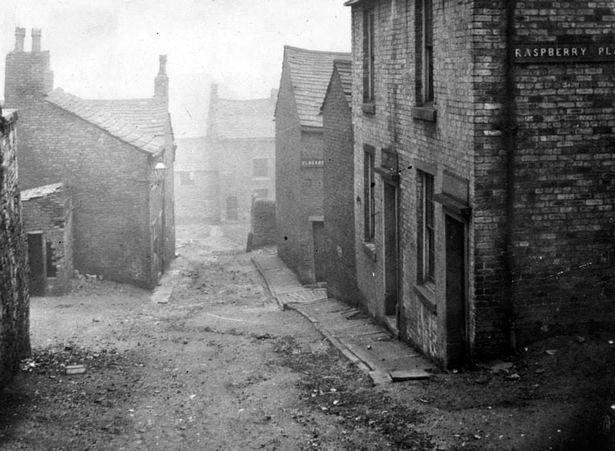 The area was formerly home to Victorian workers’ dwellings, known as The Paddock – the post-war policy of slum clearance saw them swept away, in readiness for municipal modernity. 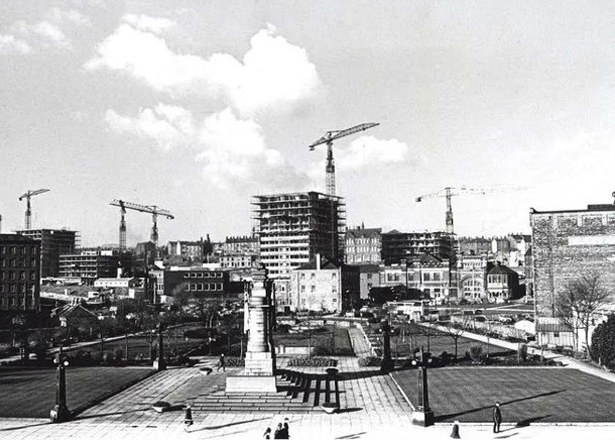 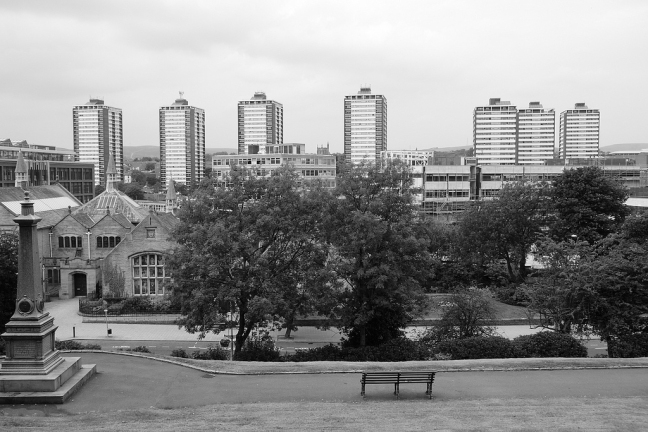 Many thanks to the Tower Block project for the facts.

On Friday October 1 1965 the Minister of Housing and Local Government, Richard Crossman, officially opened the first of the College Bank flats – Underwood.

So go take a look ride the rail or tram, get on your bike, walk a while and abide, take a frenzied dance around with the Seven Sisters. 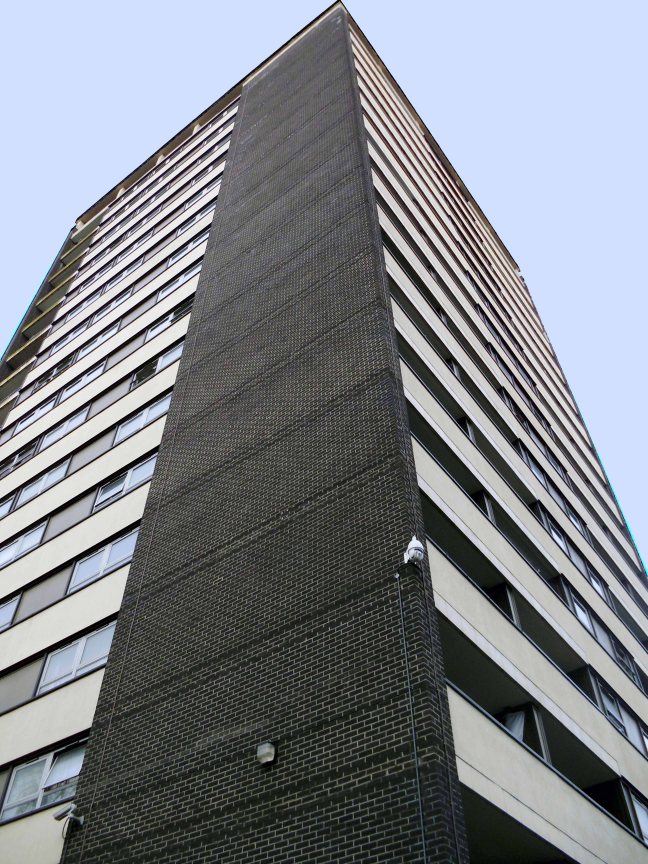 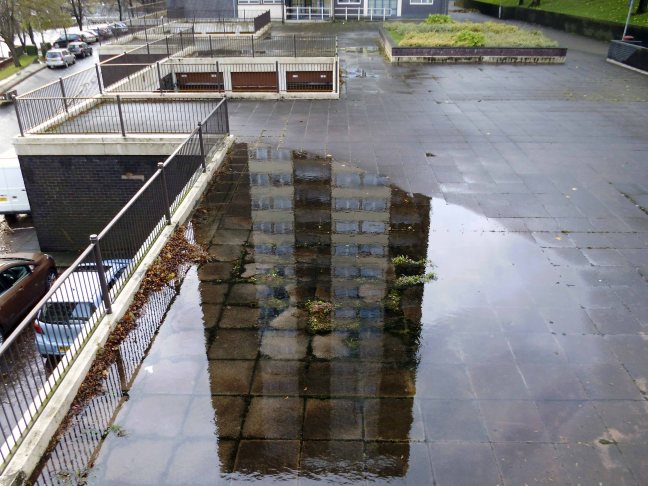 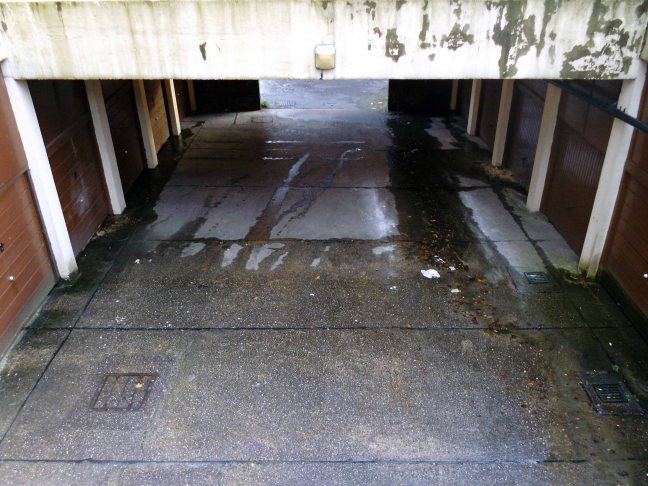