I set out one morning with a clear intent, to travel.

To travel to see the Warrington Transporter Bridge – of which I had only just become aware. Ignorance in this instance is not bliss, expectation and fulfilment is.

Guided by the detailed instructions on the Transporter Bridge Website I made my way from Bank Quay Station, mildly imperilled yet not impeded by caged walkways, tunnels, bridges, muddy paths and Giant Hogweed! 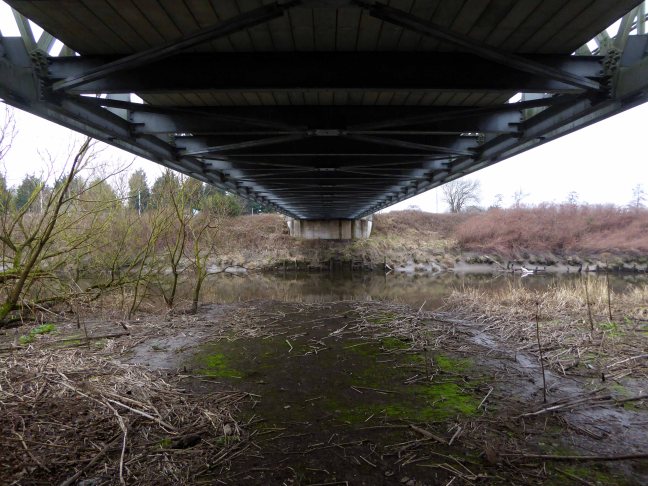 Finally catching a glimpse of: 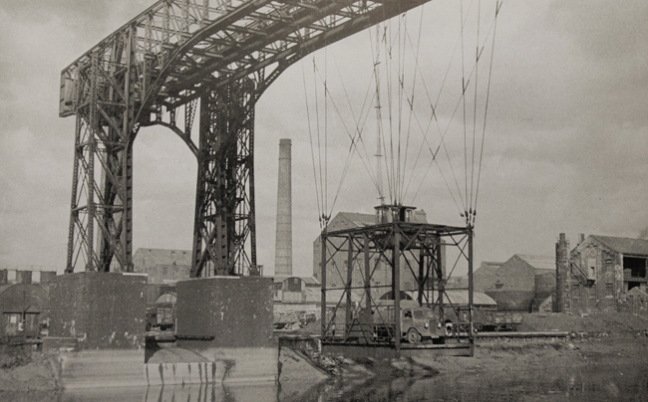 It is till standing today, and was built to despatch finished product from the cement plant that had been built on the peninsula. It was originally used to carry rail vehicles up to 18 tons in weight, and was converted for road vehicles in 1940. In 1953 it was modified to carry loads of up to 30 tons.

The bridge is designated by English Heritage as a Grade II* listed building, and because of its poor condition it is on their Heritage at Risk Register. The bridge is protected as a Scheduled Ancient Monument.

My thanks to the Friends of the Warrington Transporter Bridge for the historical information and archive image.

Here are my photographs expectations more than fully fulfilled an epic structure and a triumph of engineering, go take a look real soon. 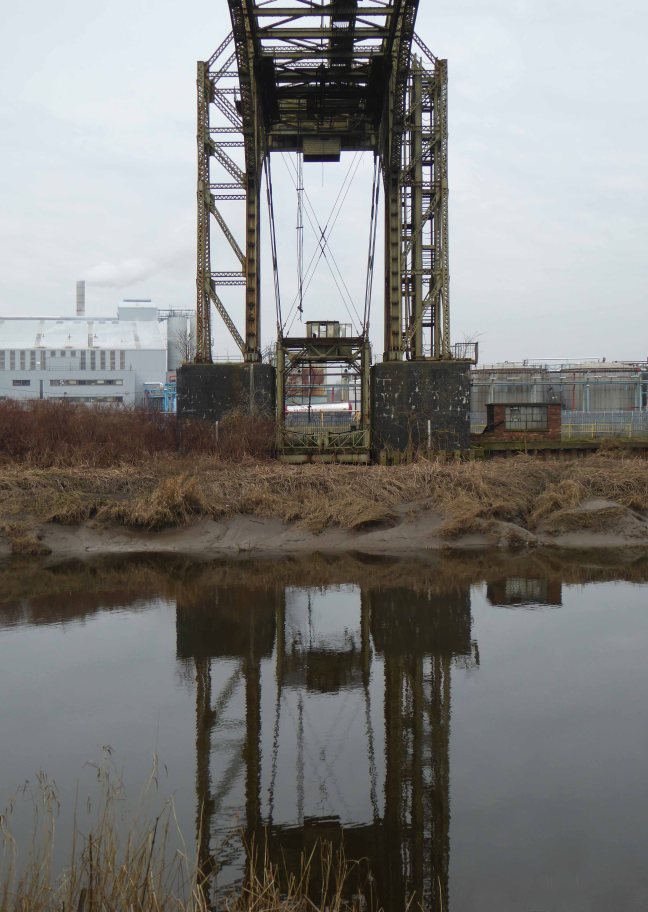 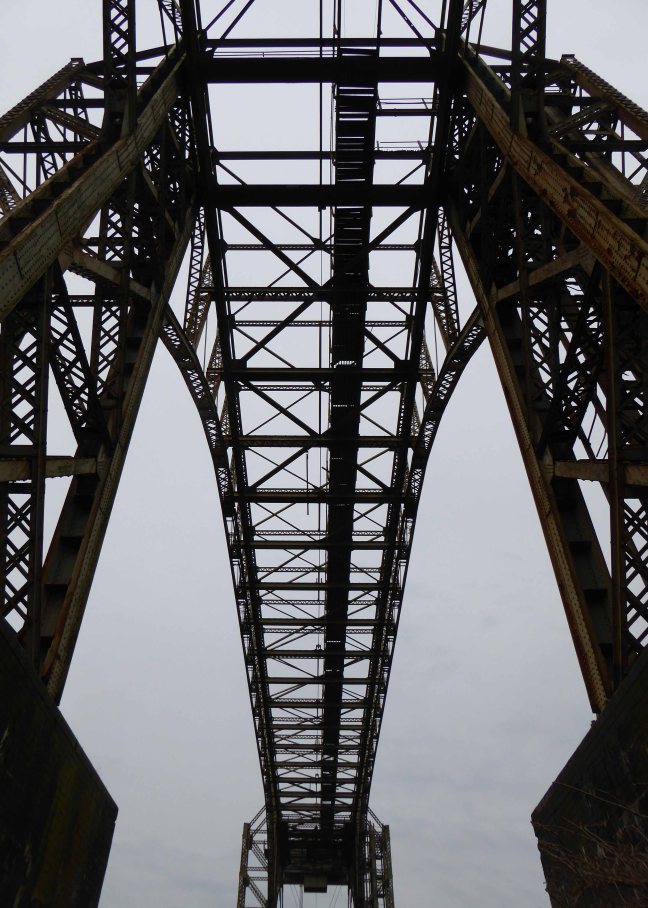 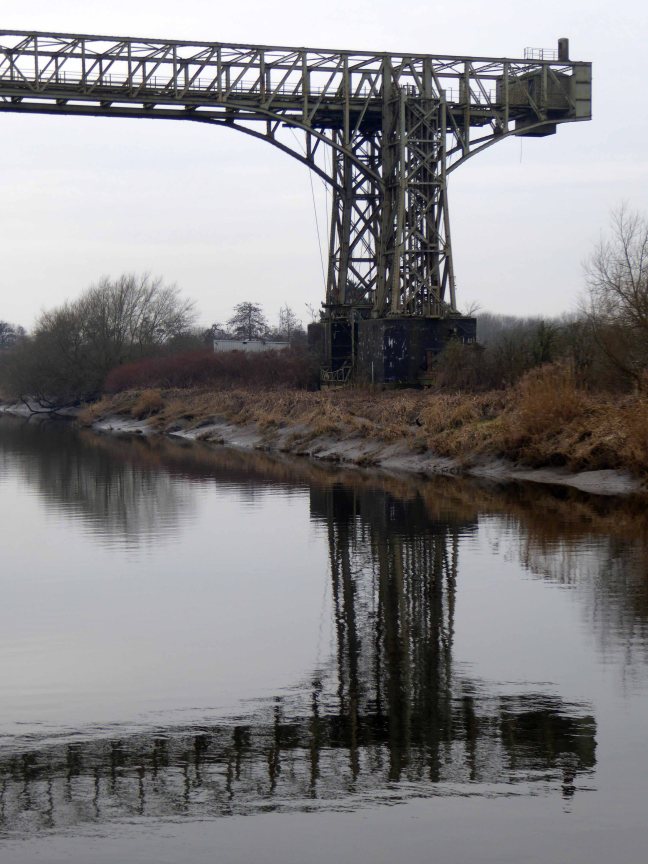 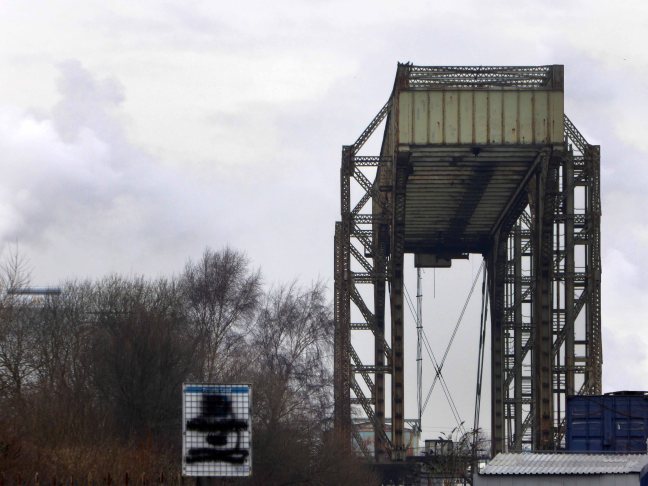