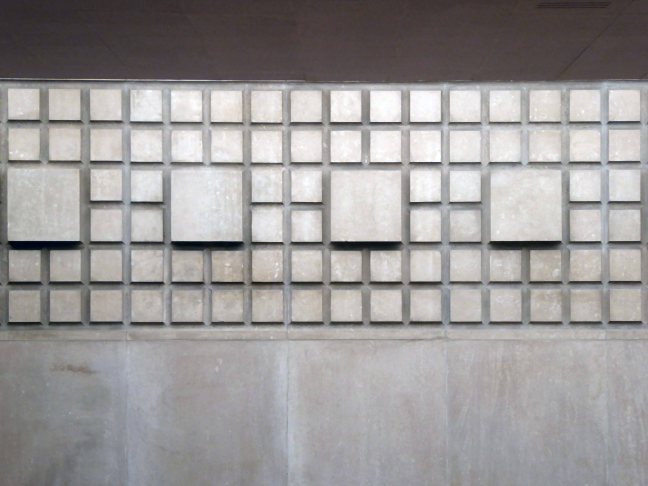 Opened on 14th November 1968 by King Olav of Norway, opened for me by Debbie Harvey on Friday 5th May 2017, thanks ever so much.

This takes us into architect George Kenyon’s Civic Centre 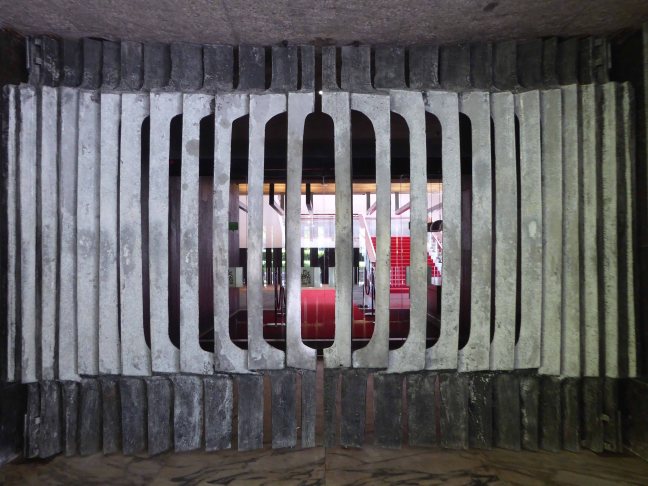 Staff on reception were once able to notify officials of the arrival of guests and dignitaries, using this right bang up to the minute electrical intercom.

To the right is the engraved John Hutton Screen engraved glass panels depicting – the inventive genius of Tyneside’s most famous sons and daughters.

Brigantia – Celtic Goddess of the tribe, The Three Mothers – offering fruit for fertility, Mithras – the slaying of the bull , Coventina  the goddess of a well, she reclines on a water-borne leaf and below her are three intertwined figures of nymphs of streams,  for in those days every self-respecting stream had its own tutelary deity. All have been found when Roman temples have been unearthed on the Roman wall. 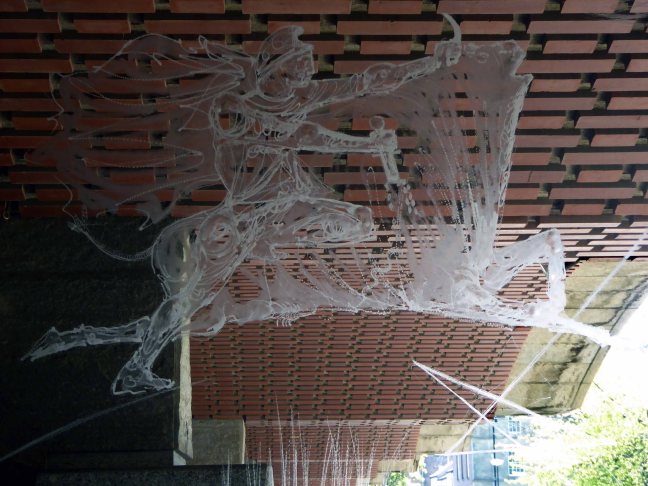 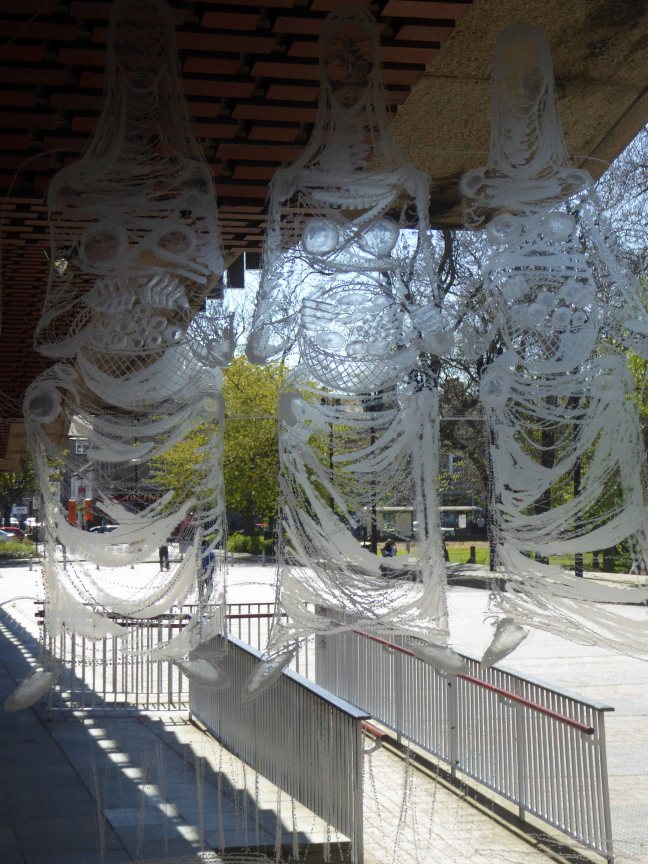 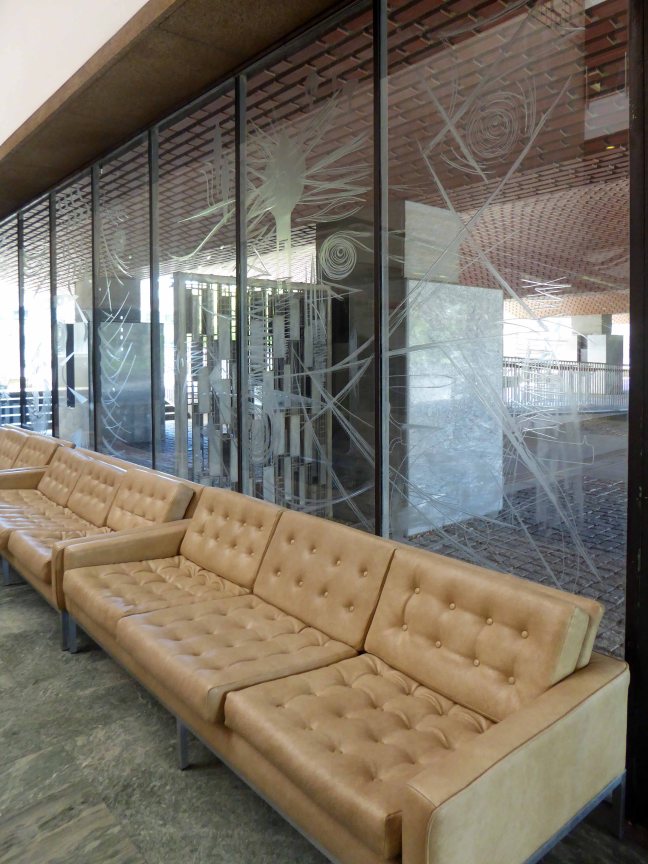 A twenty three foot high, eleven tiered chandelier of hand cut Bavarian crystal from Westphalia, hangs above your head. This chandelier was commissioned on behalf of Newcastle City for the opening of the building in 1968. It has 119 light bulbs, the crystal on the top is in the shape of a castle on the base of the chandelier are sea horses. The walls are lined with random English oak, the floor down stairs is Portuguese Verde Viana marble. 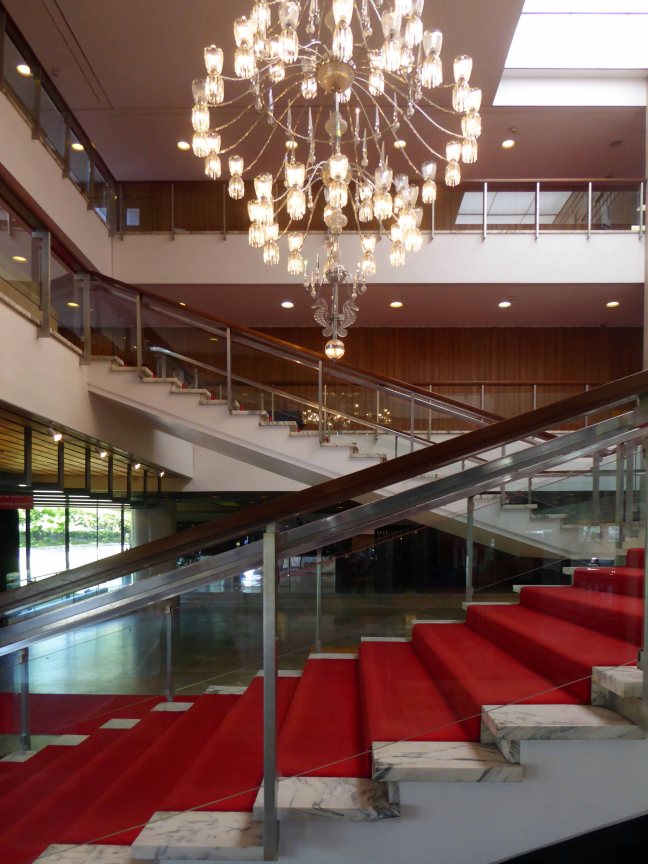 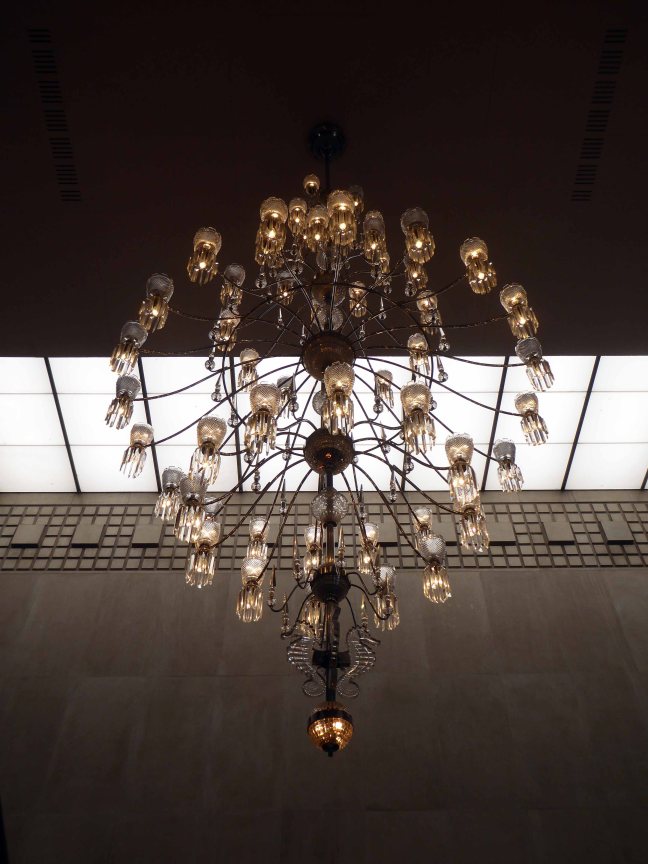 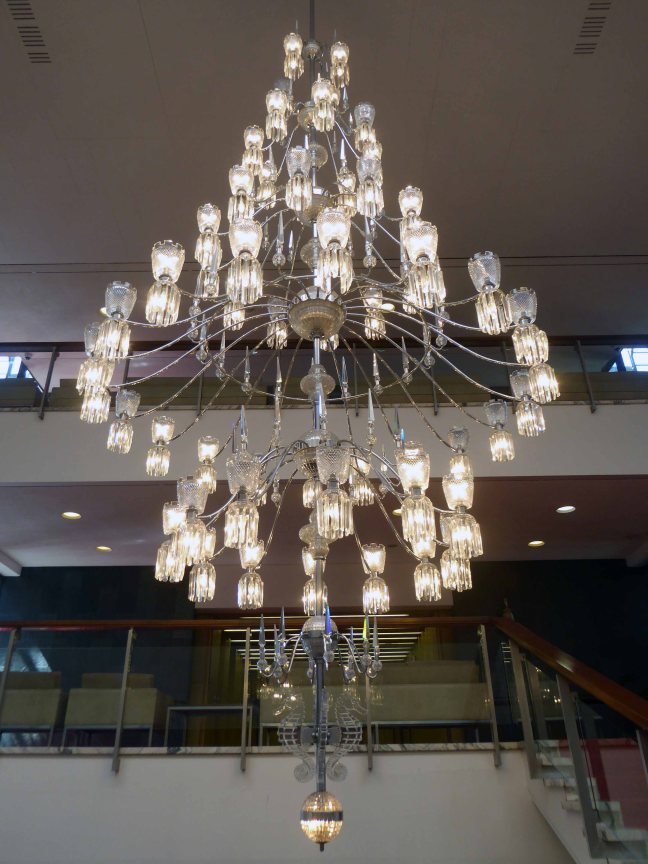 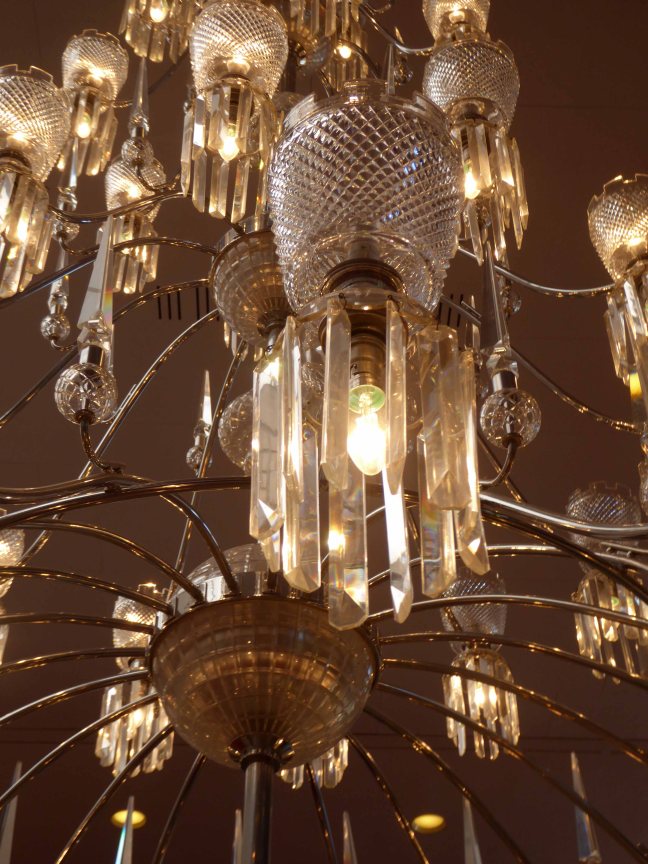 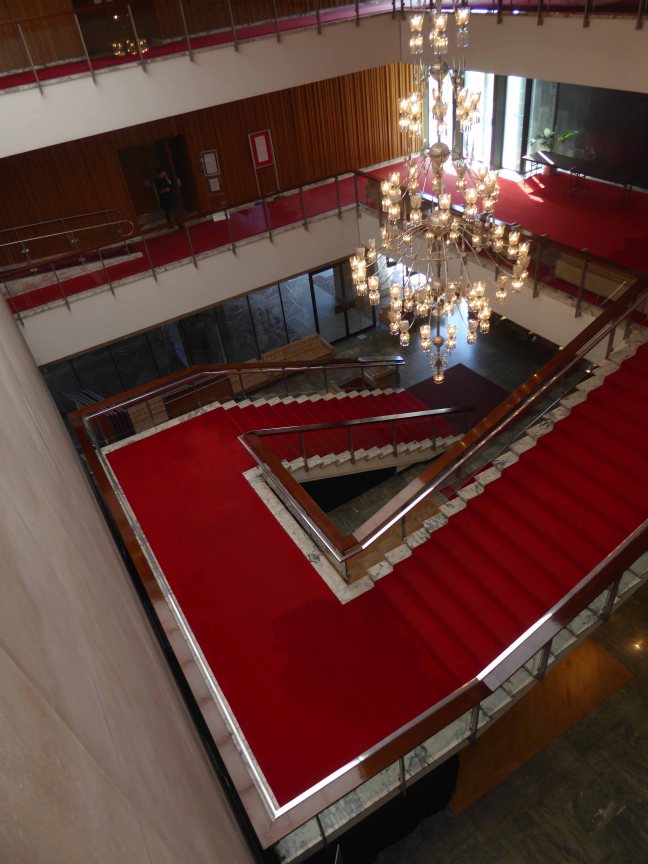 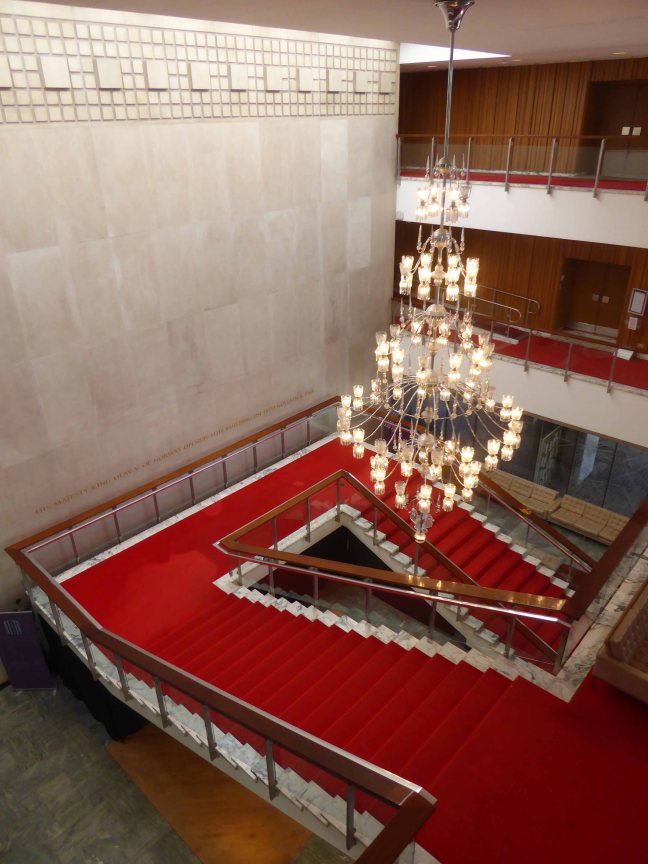 Elegant Arne Vodder designed sofas litter the entrance, this truly is a palace of delights a temple of  Municipal Socialism, take your shoes off set a spell.