Sanremo or San Remo is a city on the Mediterranean coast of western Liguria in north-western Italy. Founded in Roman times, it has a population of 57,000, and is known as a tourist destination on the Italian Riviera. It hosts numerous cultural events, such as the Sanremo Music Festival and the Milan–San Remo cycling classic.

Rochdale is a market town in Greater Manchester, England, positioned at the foothills of the South Pennines on the River Roch, 5.3 miles north-northwest of Oldham, and 9.8 miles  north-northeast of the city of Manchester. Rochdale is surrounded by several smaller settlements which together form the Metropolitan Borough of Rochdale, population 211,699. Rochdale is the largest settlement and administrative centre, with a total population of 107,926. Home to the Cooperative Movement, Rochdale AFC and a redundant cotton industry.

The two towns come together at 27 Drake Street, Rochdale, Lancashire OL161RX, home to a fine café and Italian born Tony and family. It has a well preserved menu that reflects industrial Lancastrian tastes rather than flavours of Liguria. It has an internal decorative order that is pure mid century a la mode – Pennine Style. Several more than several signs leave you in no doubt as to the availability of pies, pies with chips/potatoes, peas, gravy, veg – pies of all varieties, pies.

So pie, chips, peas and gravy it was, with a mug of tea – it always is. 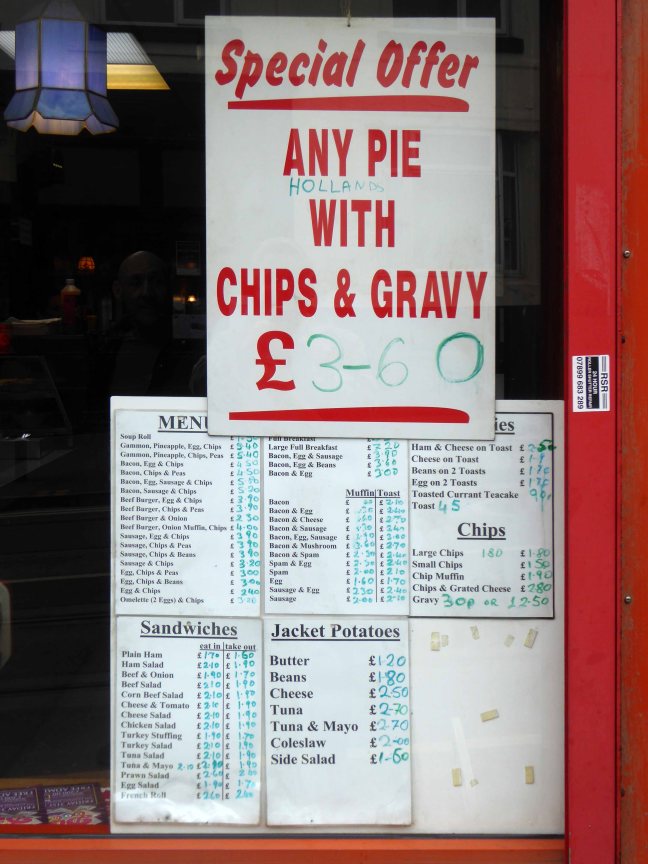 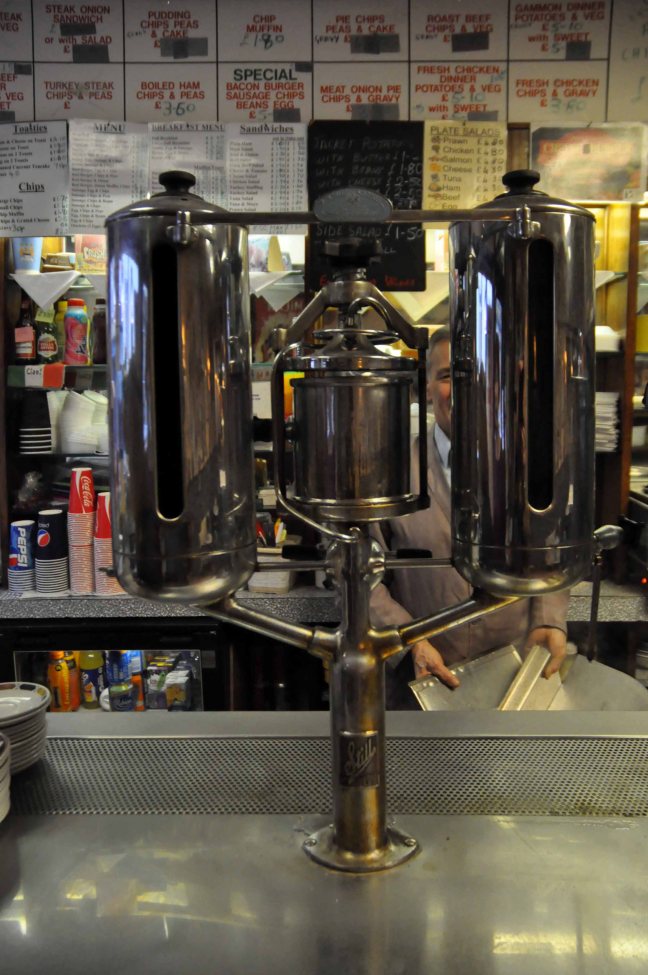 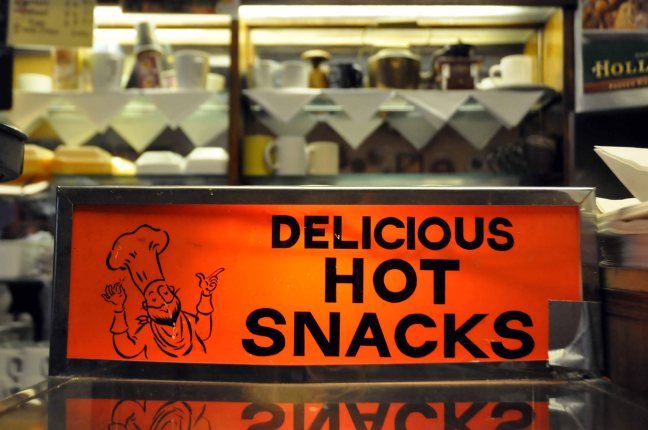 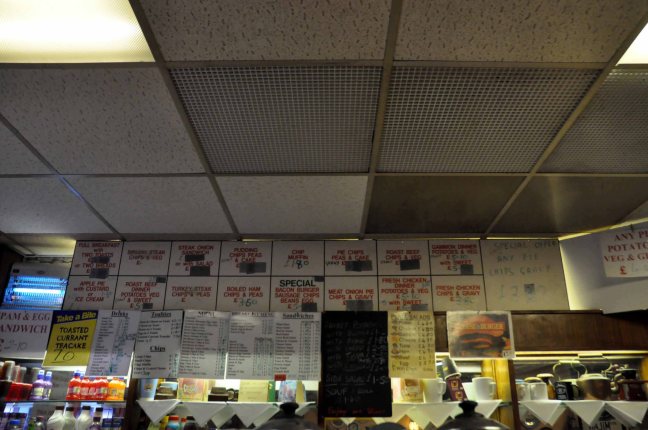 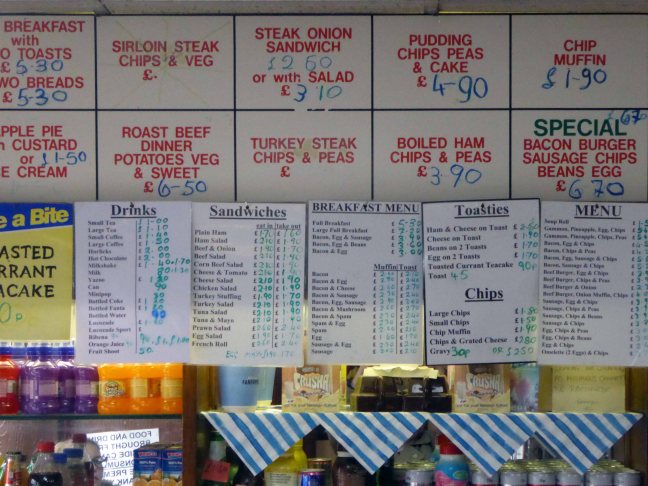 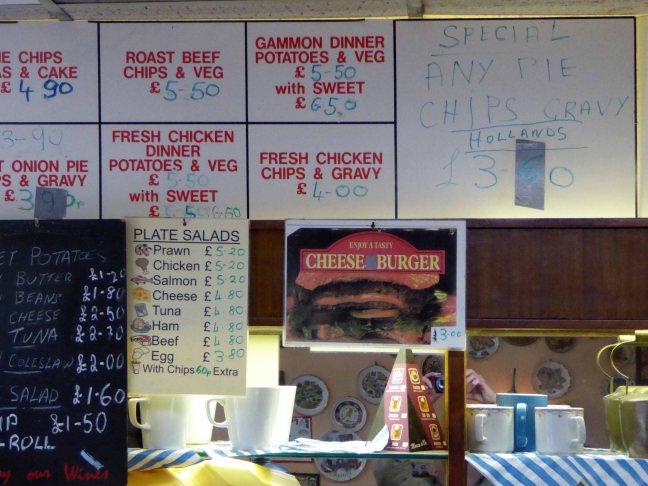 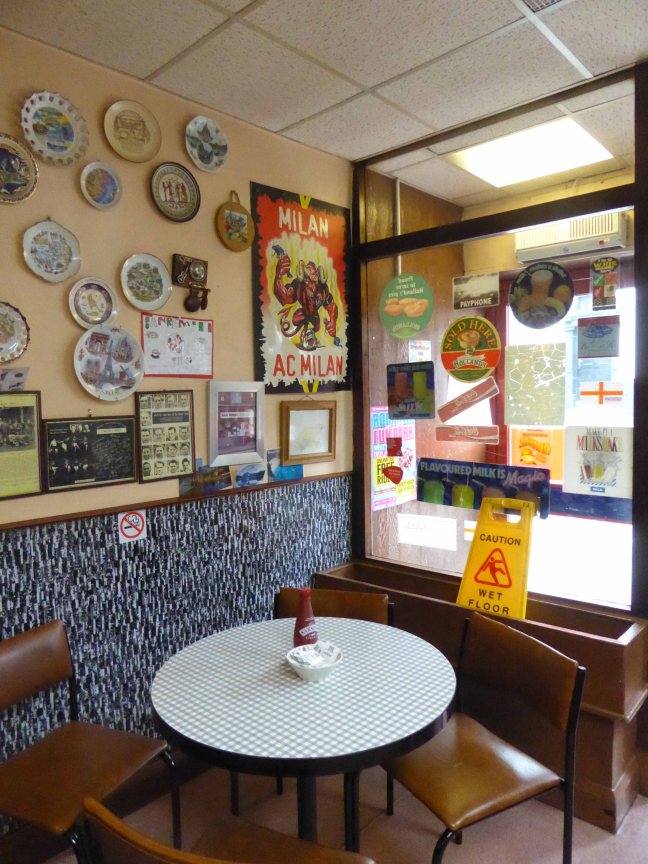 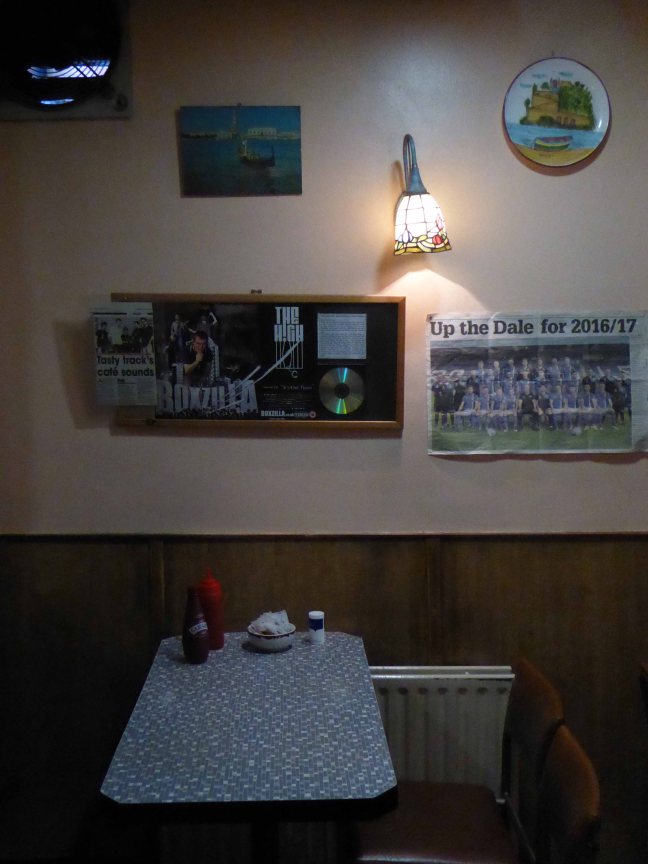