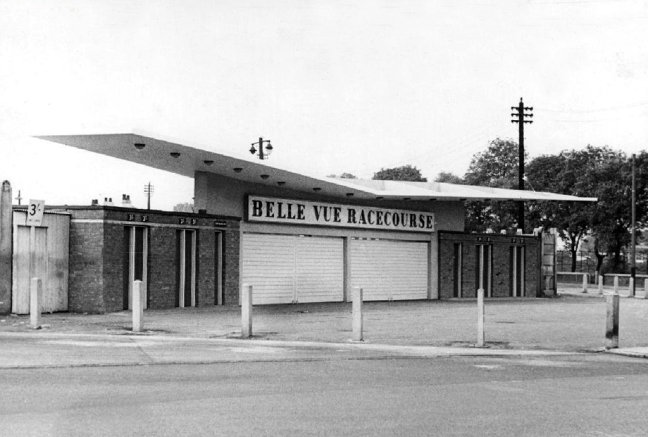 In 1925, Charles A. Munn, an American businessman, made a deal with Smith and Sawyer for the rights to promote the greyhound racing in Britain.

Smith and Sawyer met Brigadier-General Alfred Critchley, who in turn introduced them to Sir William Gentle JP. Between them they raised £22,000 and formed the Greyhound Racing Association Ltd. When deciding where to situate their new stadium, Manchester was considered to be the ideal place because of its sporting and gambling links. Close to the city centre, the consortium erected the first custom-built greyhound stadium and called it Belle Vue. The name of the stadium came from the nearby Belle Vue Zoological Gardens that had been built in 1836 and the land on which the stadium was to stand had been an area of farmland known as Higher Catsknowl and Lower Catsknowl.

In October 2019 GRA Acquisition sold the lease to the Arena Racing Company and just two months later on 19 December housing planning permission was passed resulting in a probable closure in 2020.

The imminent closure came following an announcement on 1 August 2020, with the last race being run on 6 June, won by Rockmount Buster – trained by Gary Griffiths.

Going to the dogs was an institution for many, whole families enjoying the spectacle, possibly having a bet, bite and a pint.

The hare no longer courses electronically around the oval track, the traps no longer flap and the Tote has taken the last of your change, for the very last time.

Drink up and go home.

Speedway was first held at the stadium during 1928 but was not held again until 1 April 1988, when the Belle Vue Aces returned to the stadium. The team departed Kirkmanshulme Lane at the end of the 2015 season, prior to moving to the new National Speedway Stadium for the 2016 campaign.

The shale speedway track was 285 metres in length.

I was a regular of a Monday evening cheering on The Aces.

When I cycled by in 2015 the stadium was already looking tired – the dramatic concrete cantilevered gull-wing turnstiles a neglected storage area.

So what of the future?

Countryside are proud to showcase our stunning collection of 114 new homes at Belle Vue Place, featuring a choice of stunning 3 & 4 bedroom homes all designed and finished to the highest standard.

And very handy for the speedway just up the road on Kirky Lane!