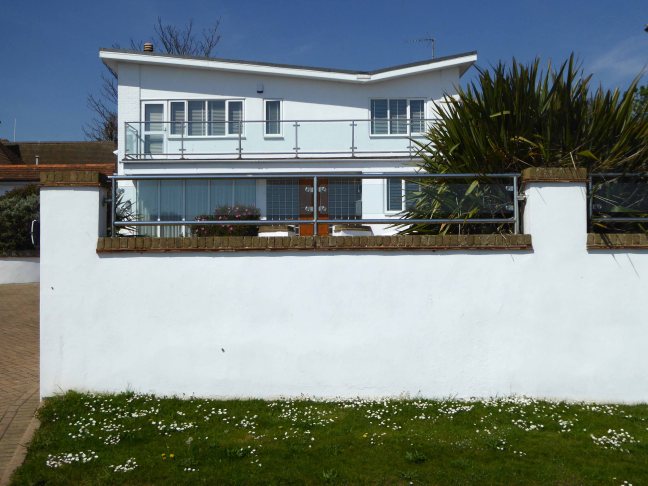 Where the lone lawn ranger, meets the top of the range Range Rover.

Forever out to out Lutyens.

I think you’re probably out to lunch.

To walk the shoreline path through North Foreland Estate, is to walk an intentionally unintentional free market, mash-up of architectural history.

To begin at the beginning, 1636 a lighthouse is erected – leaping forward somewhat:

During World War II a number of radar stations were set up by German forces in France and the Netherlands to detect allied aircraft flying across the English Channel and a chain of top secret radar jamming stations were set up by British scientists along the south east coast of Britain. An array of transmitters was set out around gallery of the lighthouse controlled by equipment in the lower lantern as part of this chain.

The North Foreland lighthouse was last manned lighthouse in the UK, but was automated in a ceremony presided over by the Duke of Edinburgh in 1998.

It seems appropriate that the DoE should preside over the automation, however, I digress.

As is often the case in such areas the residents are short of nothing – excepting residents.

There was but on lone lawnmower owning owner to nod to.

So accompany me now through the New England homes of the new England, admire the Mock Gothic, Super Krazed Moderne, pseudo Tudo-Jacobethan delights that await us. 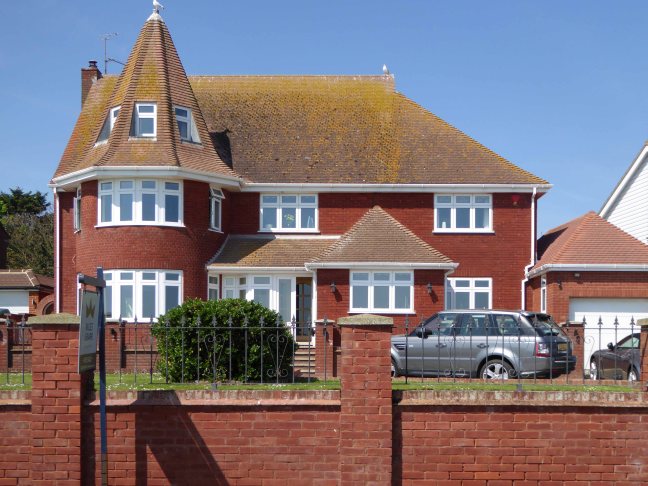 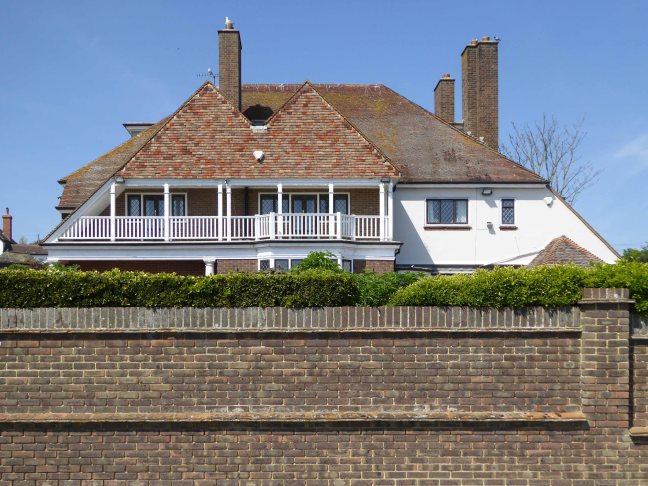 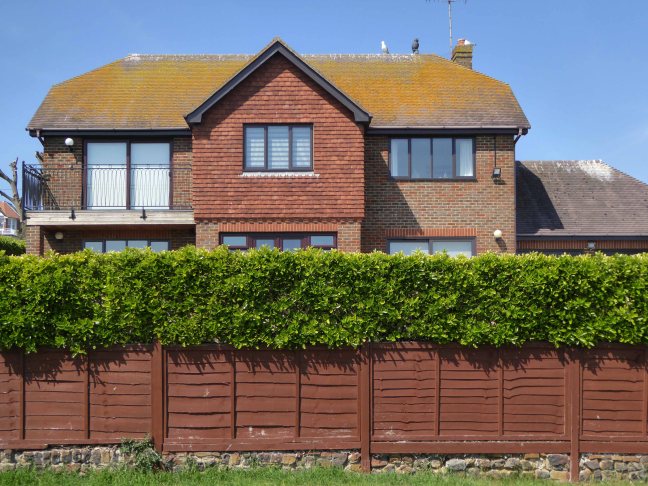 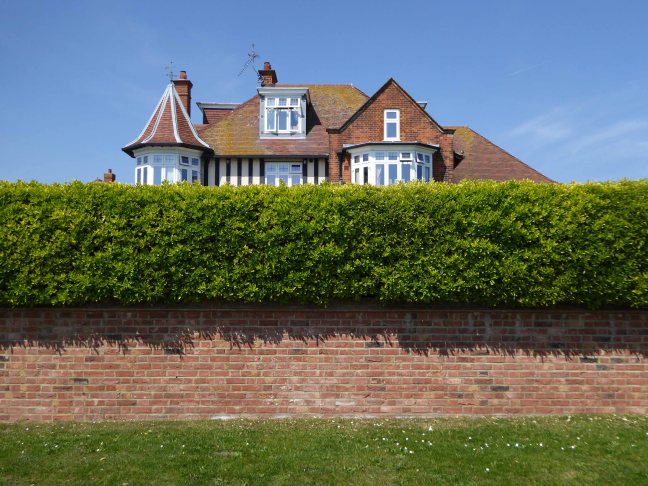 Too rich for your undernourished pockets, have you considered a drawing of a house? 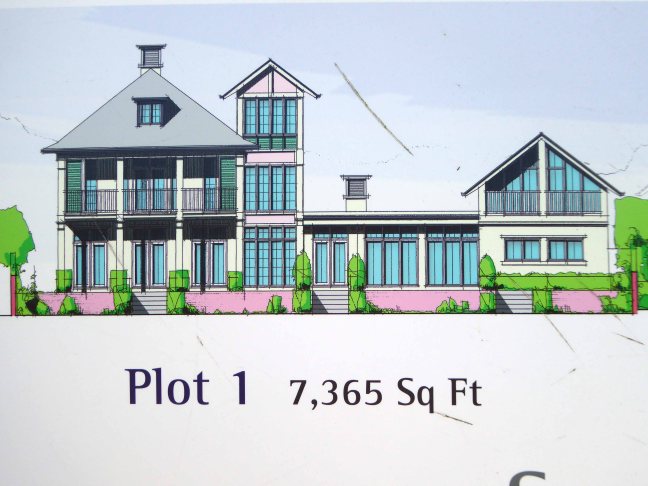 So farewell the North Shoreland I’ll leave you to get on with your high value, property based, rise and fall bollard lifestyle I, like Felix – kept on walking. 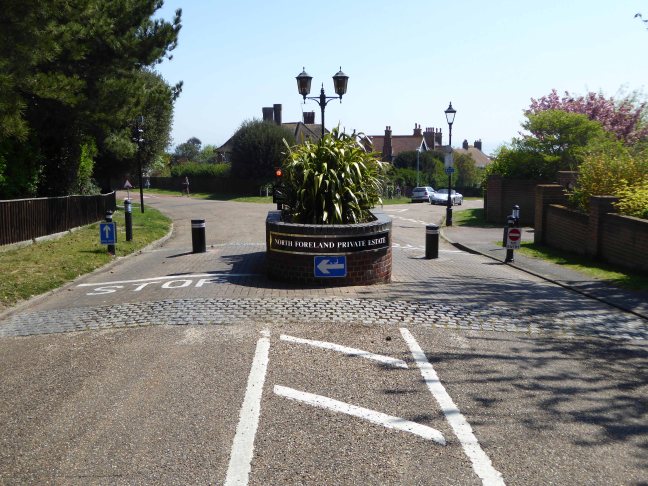