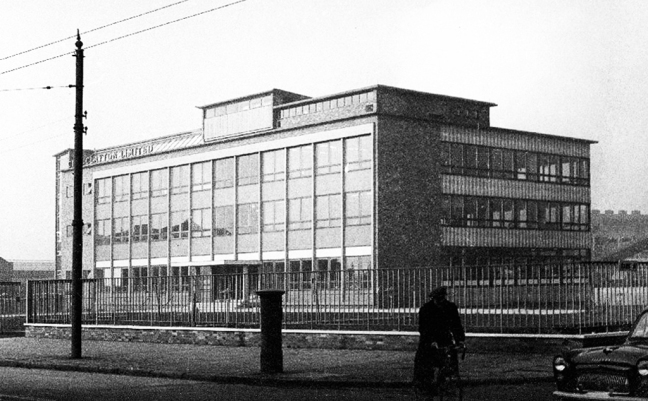 Charles Dreyfus was a French emigrant chemist and entrepreneur, who founded the Clayton Aniline Company on 29 May 1876. The company obtained a lease on a parcel of land in Clayton, Manchester, sandwiched between the Manchester and Ashton Canal and Chatham Street – later known as Clipstone Street.

At its peak in the 1970s, the site occupied over 57 acres and employed over 2,000 people. However, due to the gradual demise of the British textile industry, most textile production shifted to countries such as China and India with the textile dye industry following.

In 2002, the company made 70 members of staff redundant and in 2004 the announcement was made that the site would be closing with the loss of over 300 jobs. A small number of staff were retained to assist in the decommissioning of the plant. The last workers left the site in 2007 and the remainder of the buildings were demolished shortly afterwards.

Like much of the industry of east Manchester its tenure was relatively short – money was made and the owners departed, without wiping their dirty feet.

The site remained derelict until demolition, followed by extensive site cleansing – to remove the dangerous detritus of 200 years of hazardous chemical production.

It is now occupied by the Manchester City FC training academy.

Vincent Kompany had just completed his £6million move from Hamburg when he realised that Mark Hughes’ sales pitch about the direction the club was going was not entirely accurate.

They took me for a look around the training ground at Carrington – it wasn’t fit for purpose, it was a dump.

I remember there was a punch bag in the gym – and only one boxing glove. And even that had a big split in it!

Then in 2008 the corrupt boss Thai PM Thaksin Shinawatra is bought out by Sheik Mansour – the rest is history/mystery.

My interest lies in the company’s Ashton New Road offices – seen here in 1960.

Demolished and replaced by a distinctly Modernist block by 1964.

A flank was added on Bank Street along with a bank.

The office complex is still standing, now home to Manchester Police, I risked arrest and incarceration, in order to record the distinctive tile work, rectilinear grid and concrete facades.