Standing stately on the corner of Carruthers and Pollard Street, safe as houses.

Mind that tram, full of the boys and girls in blue, off to shriek at a Sheikh’s shrine.

The Bank of England was one of Ancoats’ first beerhouses, licensed from 1830 and ten years later it was fully licensed with attached brewhouse.  The brewery did well, in fact it had another tied house, the Kings Arms near Miles Platting station nearby.  The brewery was sold off in the 1860s but continued as a separate business for a few years. 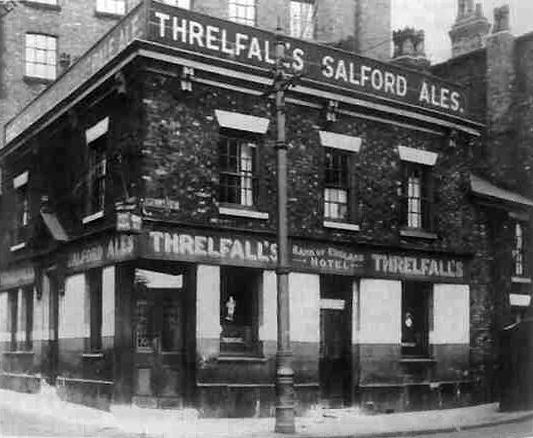 Ancoats, the core of the first industrial city, a dense cornucopia of homes, mills and cholera – its citizens said to find respite from disease, through the consumption of locally brewed beer.

Once home to a plethora of pubs, now something of a dull desert for the thirsty worker, though workers, thirsty or otherwise are something of a rarity in the area.

One worker went missing, some twenty years ago Martin Joyce was last seen on the site, the pub grounds were excavated – nothing was found.

When last open it was far from loved and found little favour amongst the fickle footy fans.

To the north a tidal wave of merchant bankers, to the east redundant industry.

The Bank of England has gone west.

So clean the mills and factories

And give me council houses too

And work that isn’t turning tricks 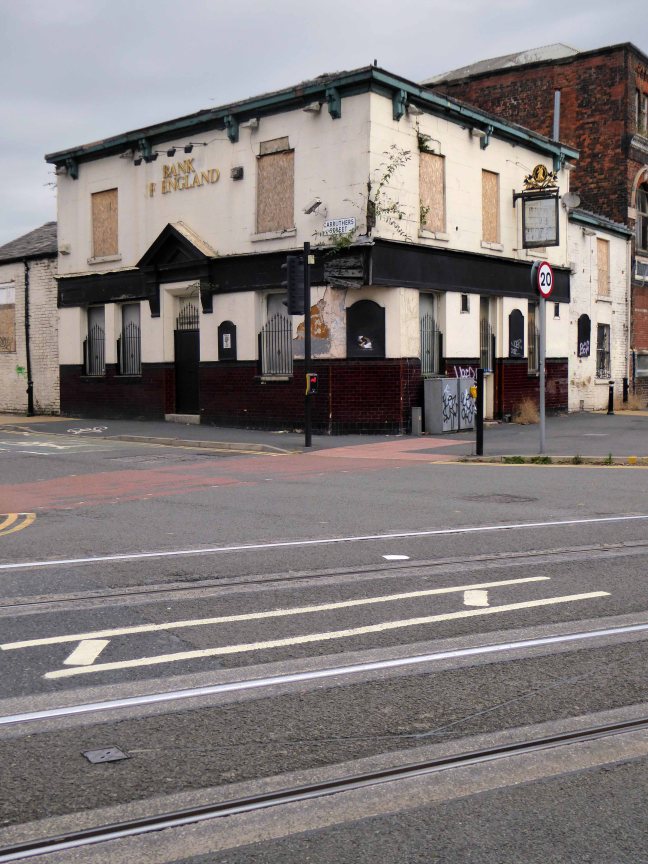 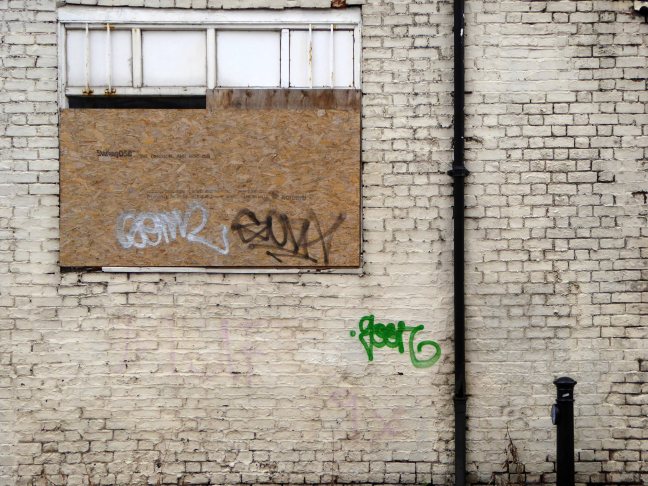 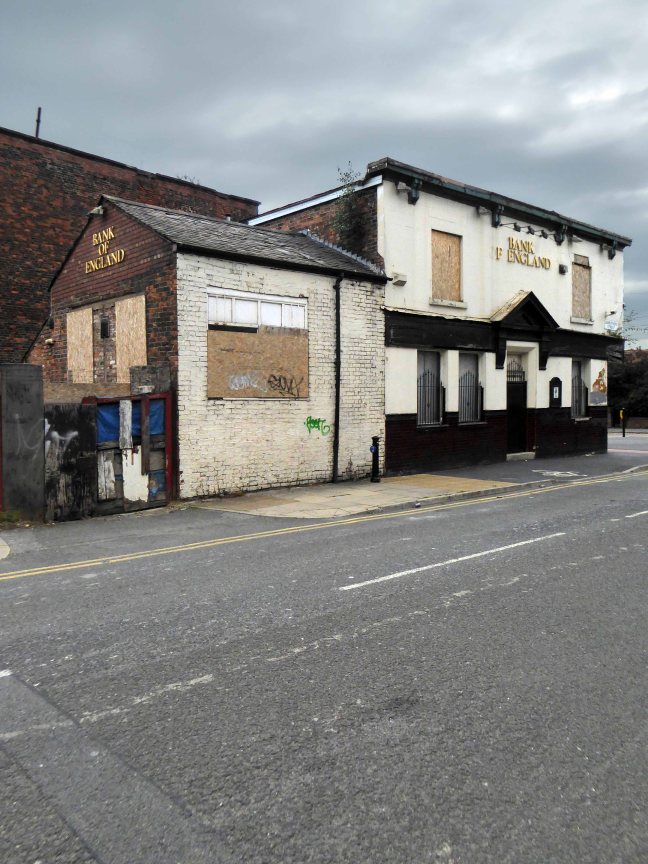