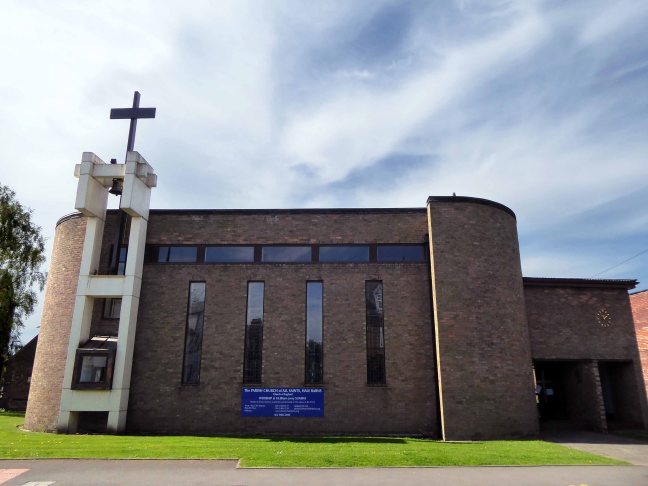 As Hale Barns grew in the 1950s and 1960s it was clear that the small daughter church was less than adequate in terms of size and facilities, and under the leadership of the Rev Fred Cox, the then Vicar, a new church was planned for the site. Designed by Brian Brunskill, All Saints Church was consecrated in 1967.

Outside it can seem a rather stark building, of brown brick, set back from the busy Hale Road but inside it is full of light and space.  The influence has clearly been that of the French architect Le Corbusier, and there is a wonderful interplay of curved and straight walling.  At first there was no stained glass, but in the early 1980s glass by the Japanese artist Sumiko was installed in the north windows.  This includes a stylised tree-of-life design. In the baptistry there is some Victorian glass brought from St Mary’s Church.

In 2009 a radical and daring re-ordering of the building was completed. The church was carpeted and new furniture of high quality, designed and made by Treske, woodcarvers  of Thirsk, North Yorkshire, was installed.  The tree-of-life design in the 1980s glass has been echoed in the glass inserts to the Lectern and High Altar and also in the metal uprights of the Altar Rail.  All the fittings are moveable, giving a flexible space.  This flexibility give opportunities to explore how the building itself can enrich worship at different seasons of the Church’s year.

My first time in Hale Barns – hence my first visit to All Saints.

Small in scale, but large in ambition – a wonderful exercise in the calm controlled use of brick, rich in small details, along with an expressive mix of warm curves within a rigid grid.

Of particular note is the sculptural concrete bell tower, the exterior use of pebbles in the porch which flow into the interior space, along with a discrete palette of grey tiling.

It demands to be circumnavigated – fresh surprises await around each turn, simple hard landscaping of flags, softer restrained planting and open areas of lawn, so very well tended.

Let’s take a look around.

Here are some images of the reworked interior taken from the All Saints gallery. 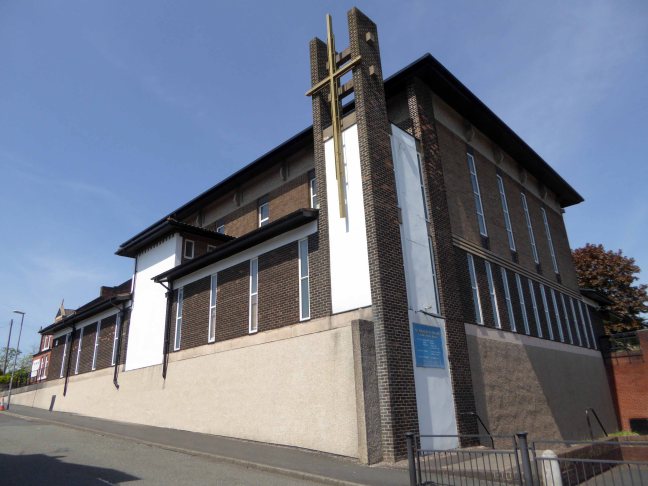 All in a day’s work cycling around north Manchester searching out and snapping five churches in a day.

This just happens to be one of my favourites, tough and uncompromising, monumental and modern – set hard against a main road.

Though over time it has lost its colourful mosaics and concrete relief – gains a pitched roof and obtrusive gutters and drainpipes along the way.

My thanks to Andrew Spence for the info and photo.

In 1964, Fr Edward Glyn commissioned Massey & Massey of Warrington to design a new larger church in place the previous church, to be built on the same site. The foundation stone was laid on 10 April 1965 by Bishop Holland. R. Partington & Sons Ltd were the contractors and the building cost around £48,000.

The church is concrete- framed and faced in brick, with dark red brick to the flat-roofed aisles and buff brick to the upper part of the nave. Tall brick piers connected by concrete beams form a vertical accent on the northwest corner, carrying a steel cross.

The shallow-pitched roof is laid with concrete tiles, on deep eaves (originally the roof was flat).  Windows are now mostly uPVC, with some stained glass; the six-bay nave is lit by tall narrow windows at clerestory levels, with similar narrow lights to the aisles.

Take a trip take a look. 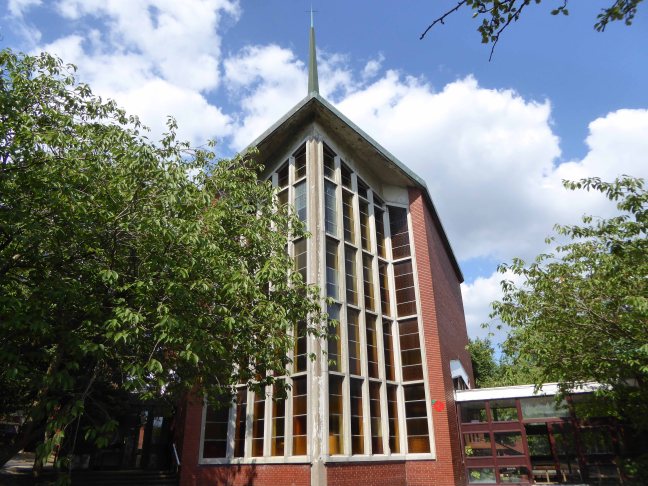 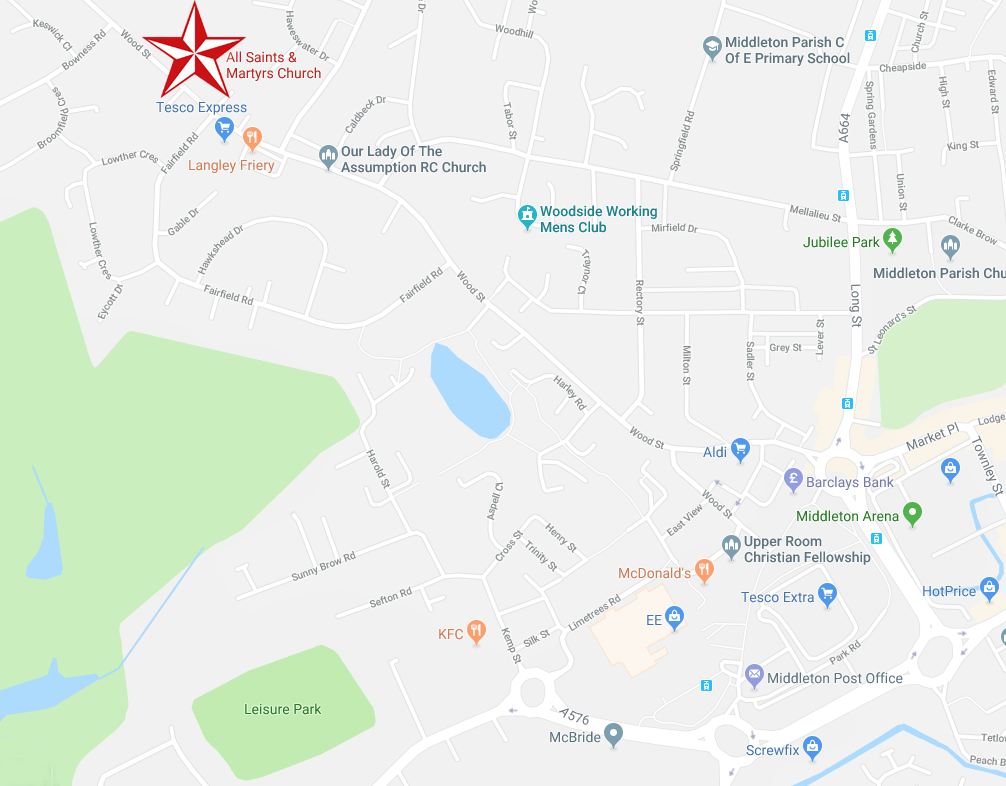 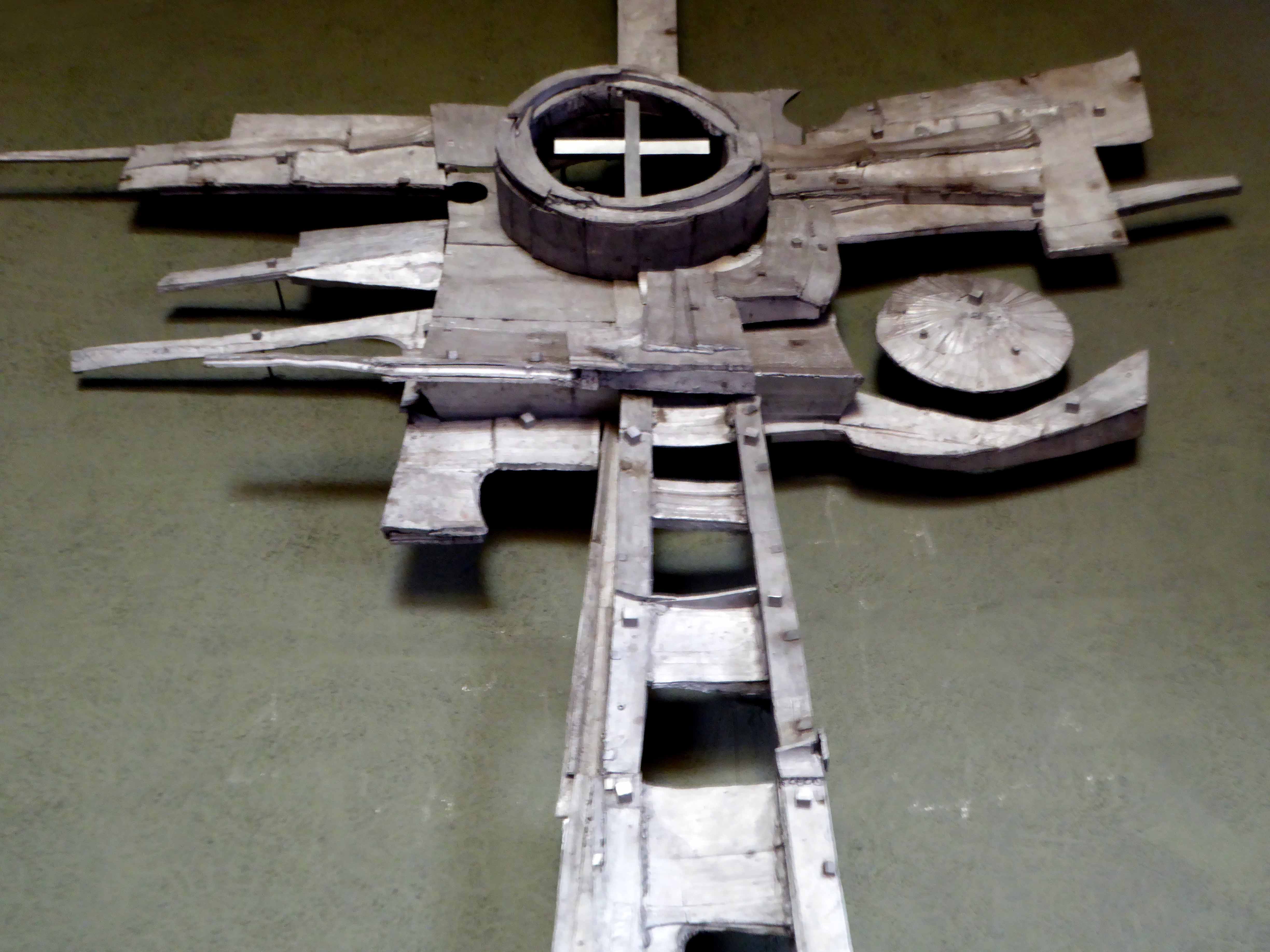 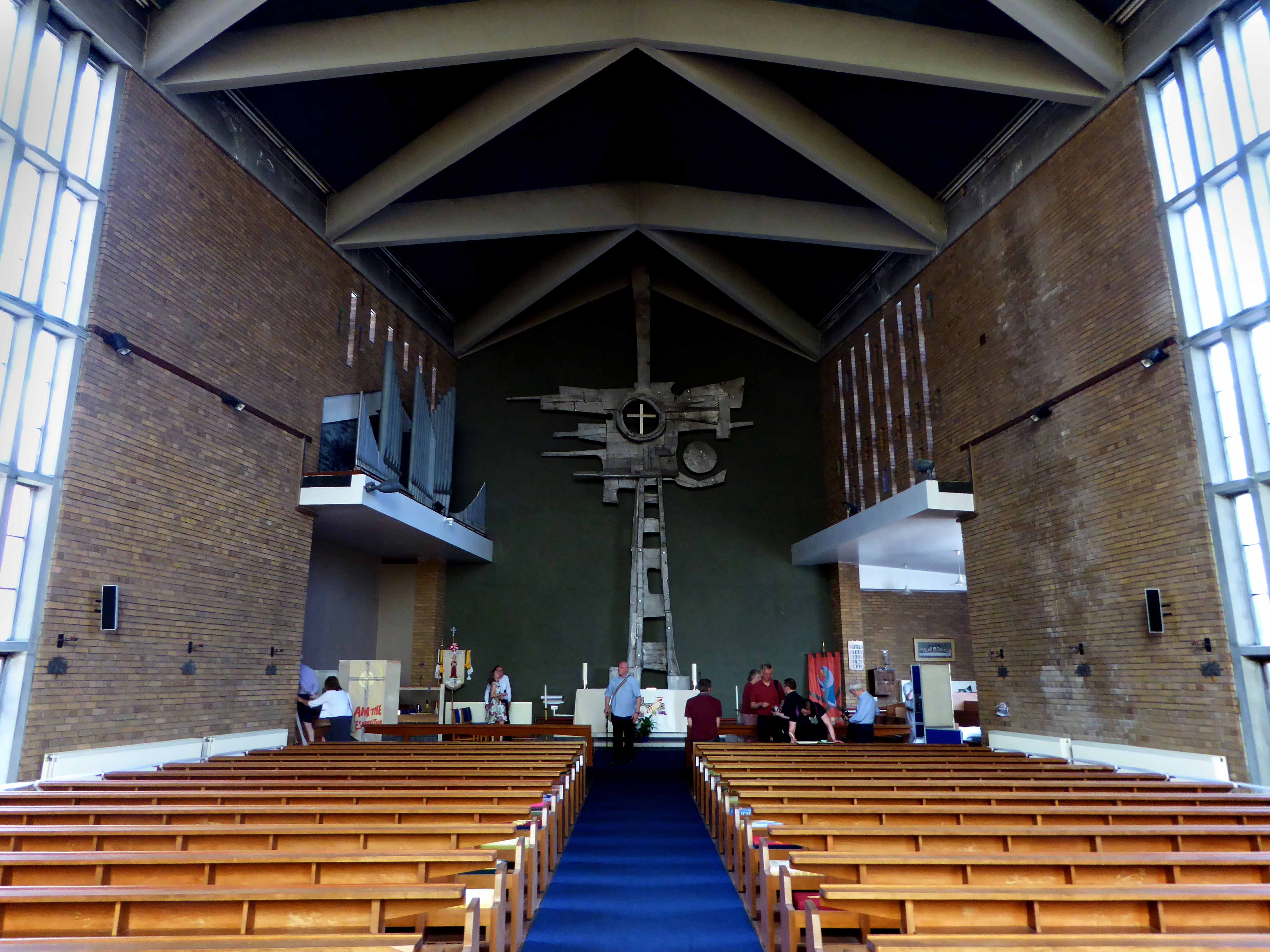 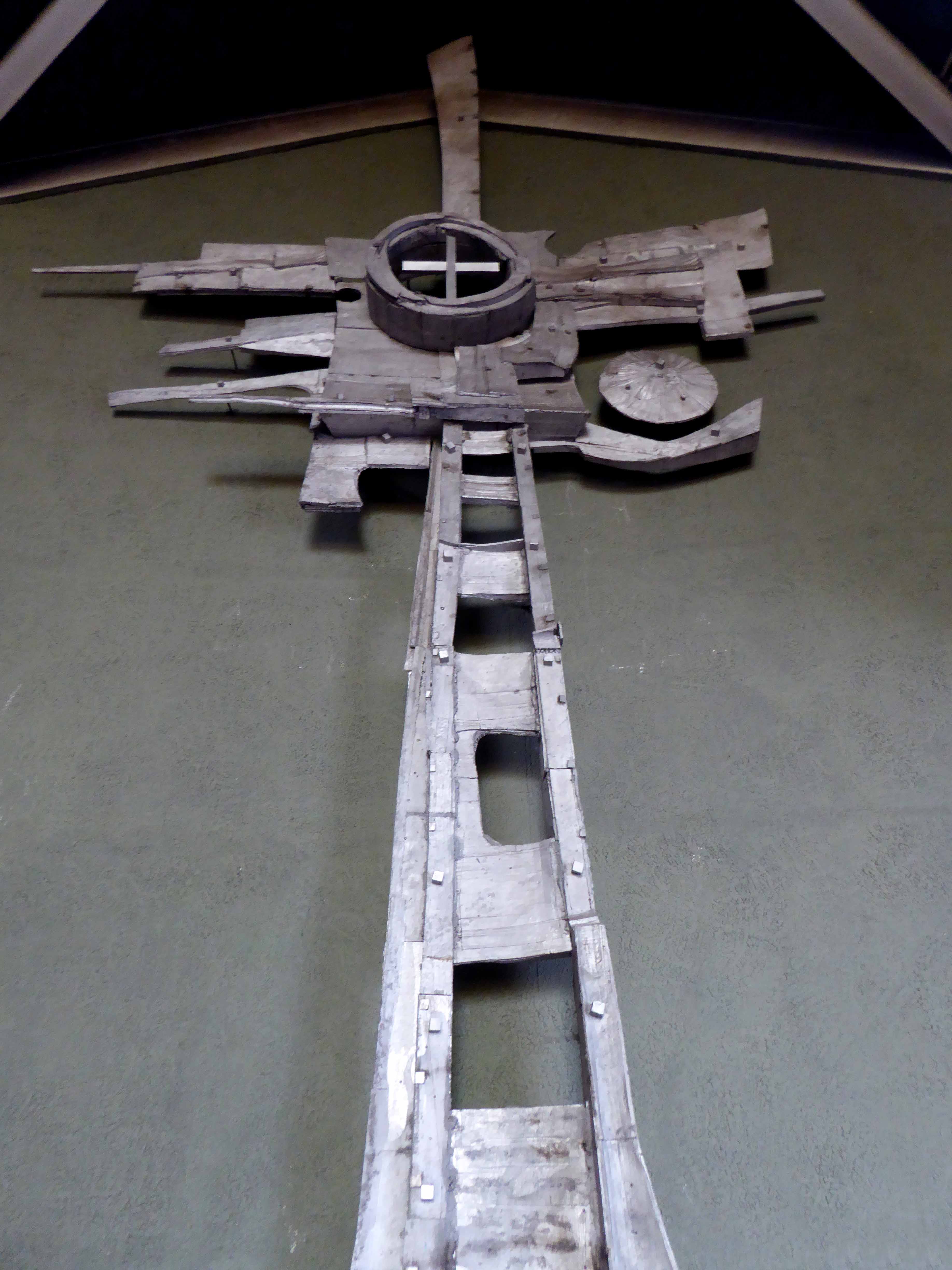 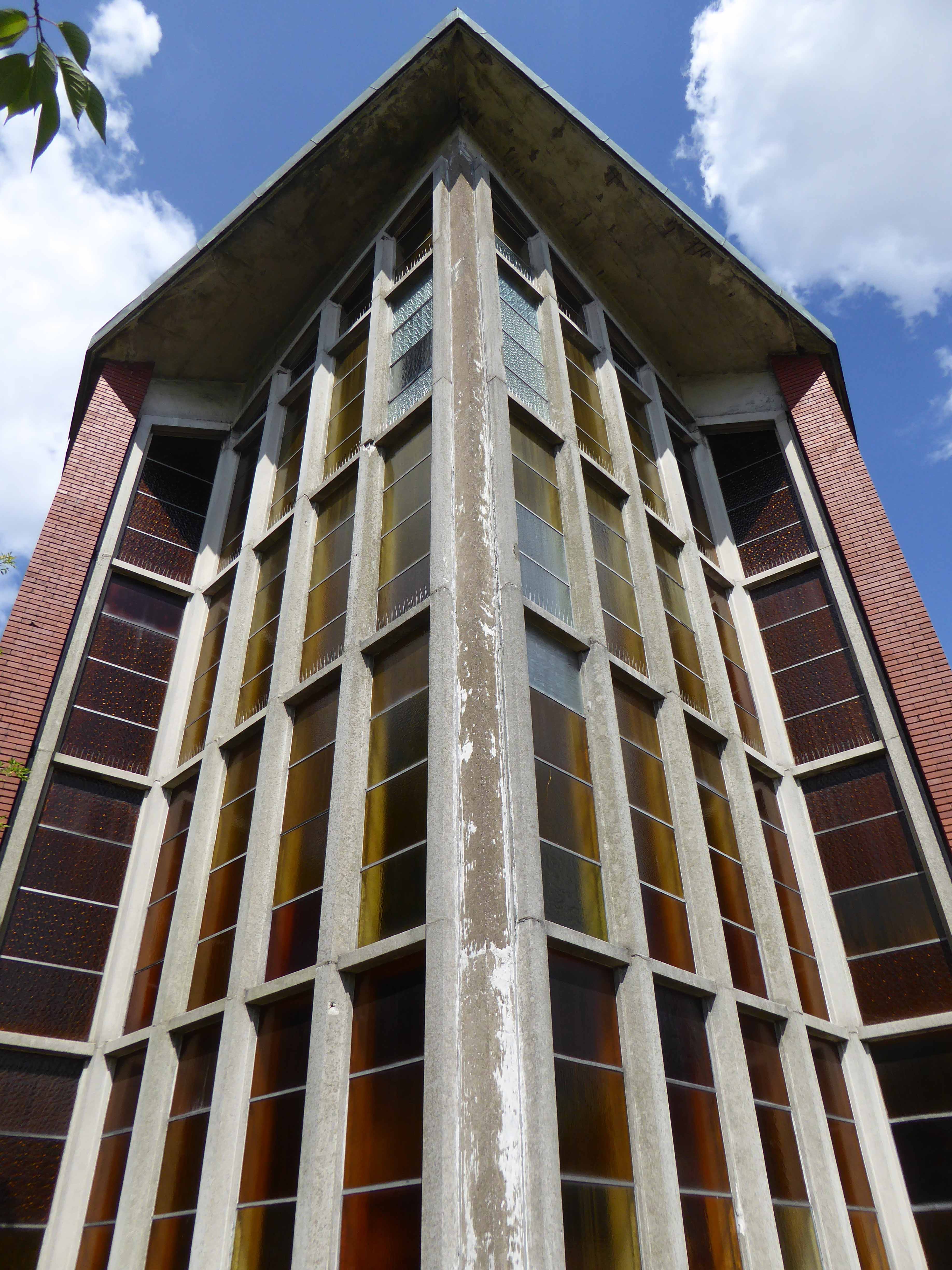 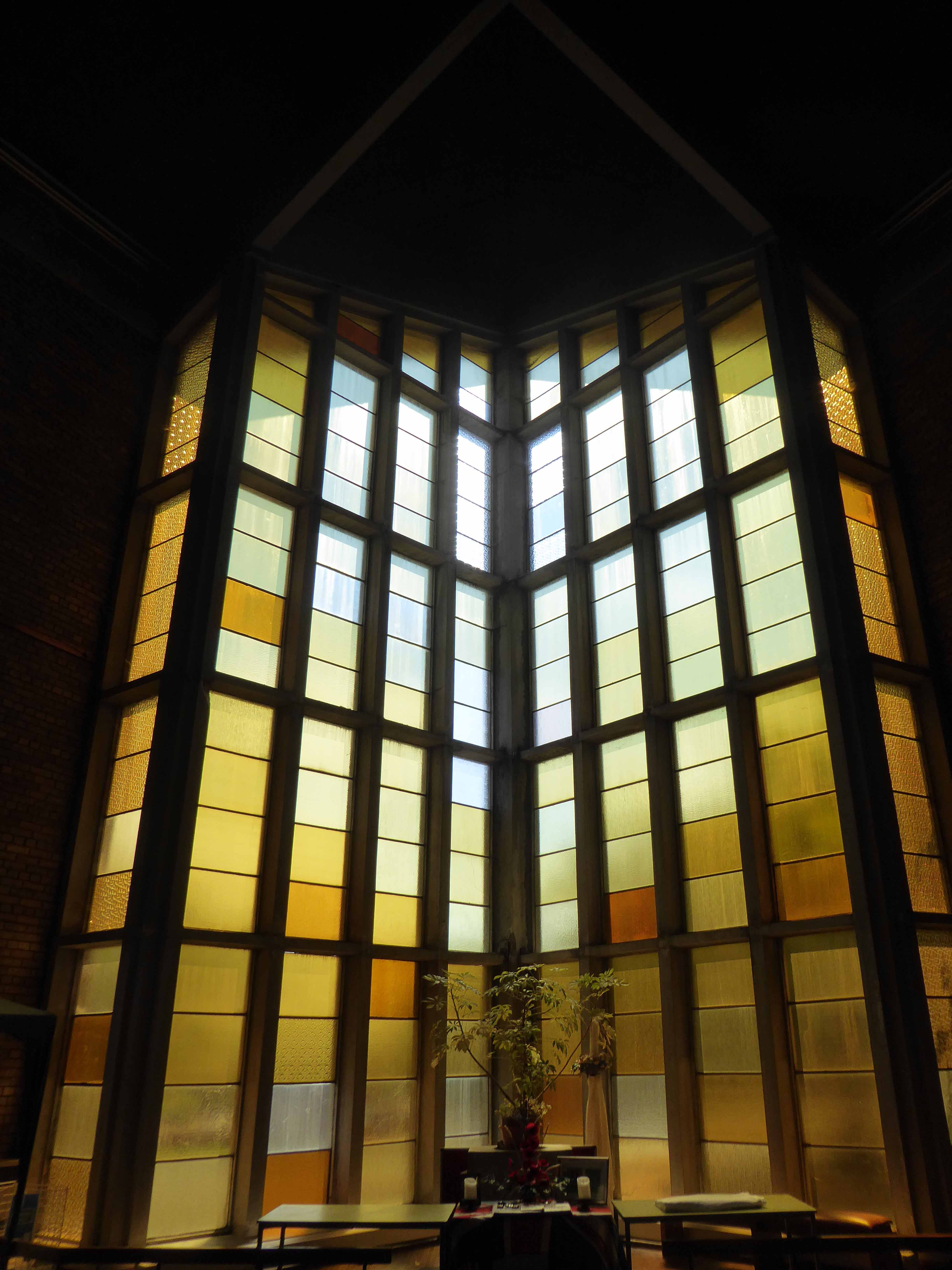 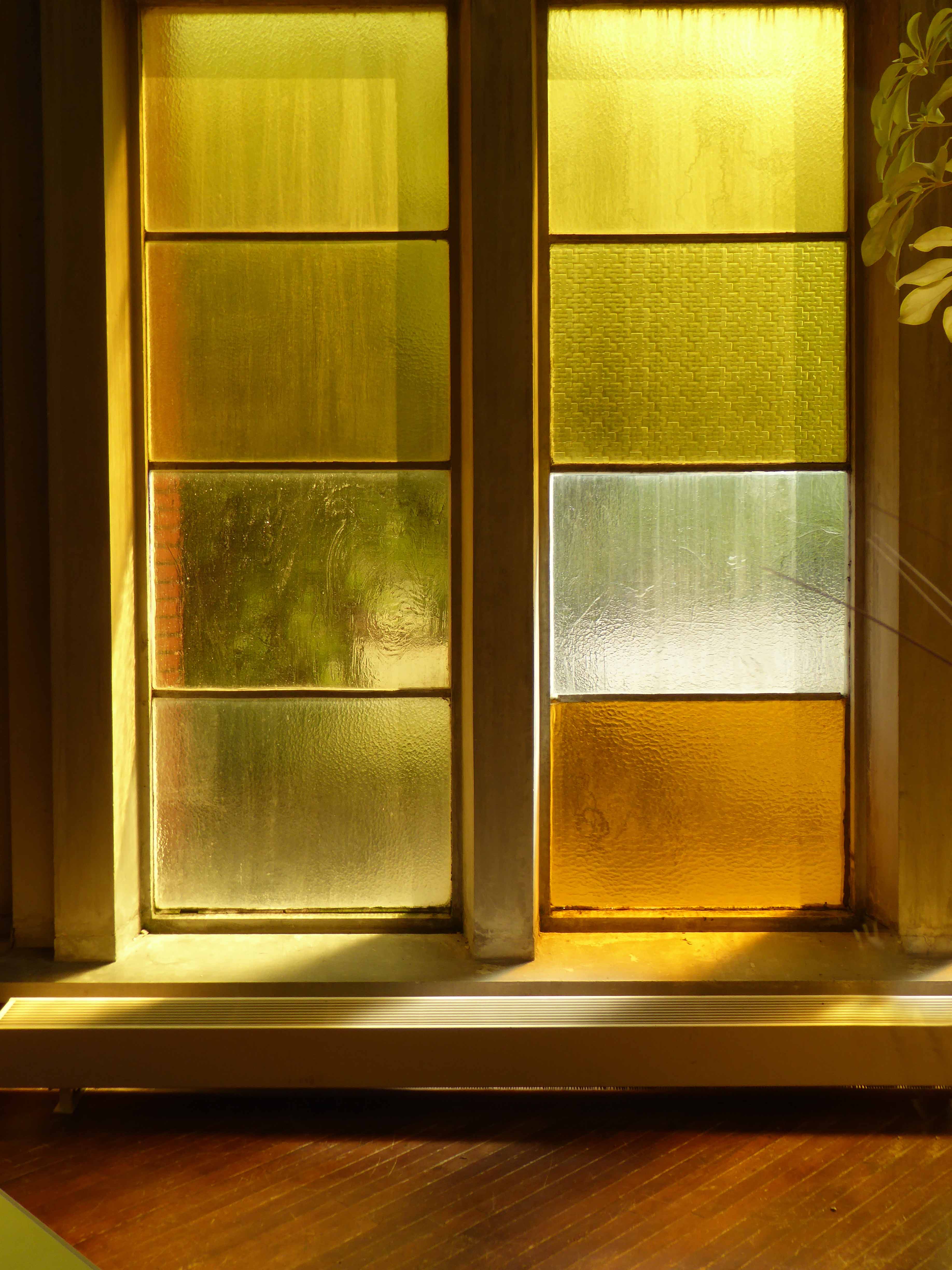 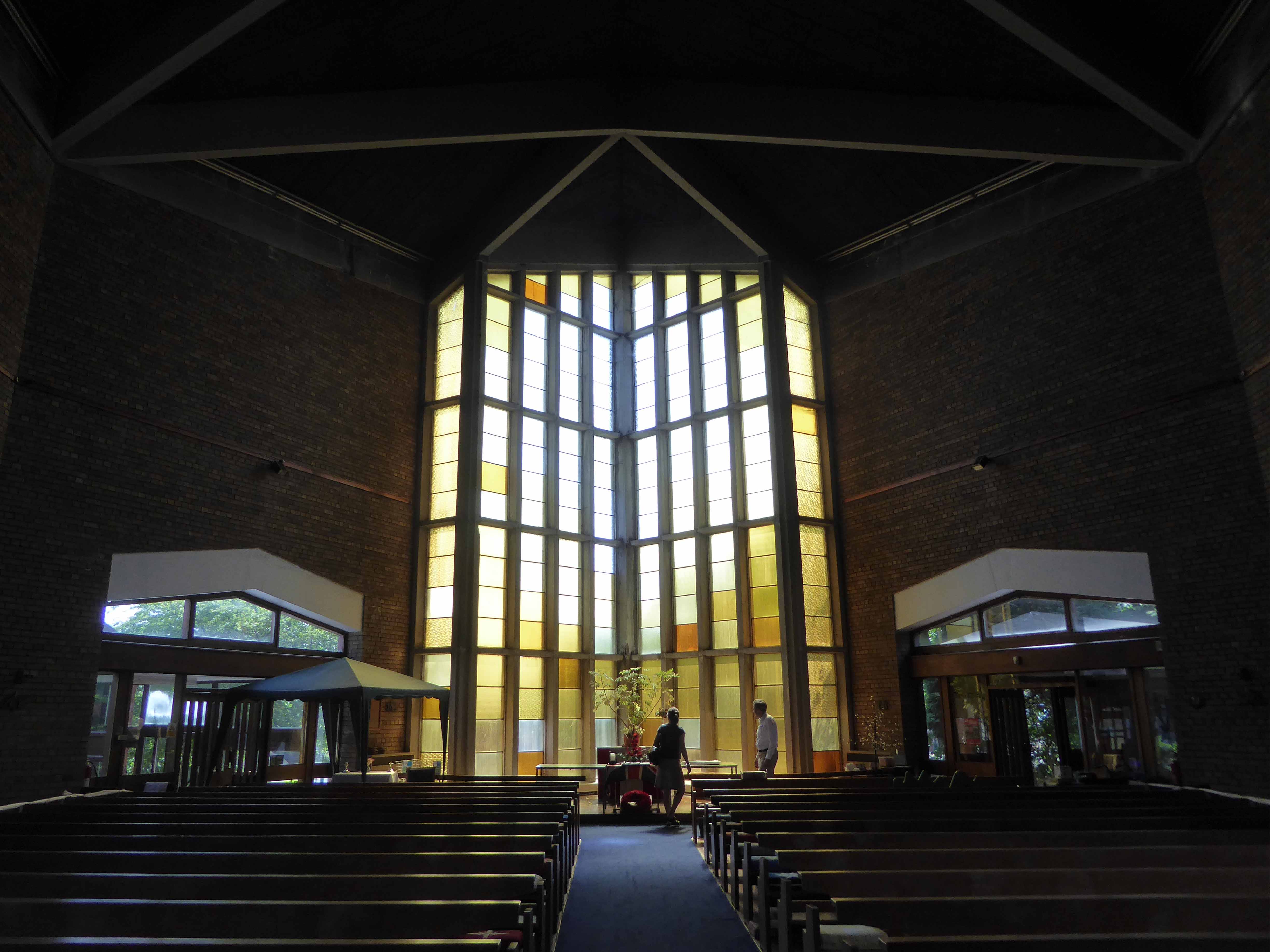 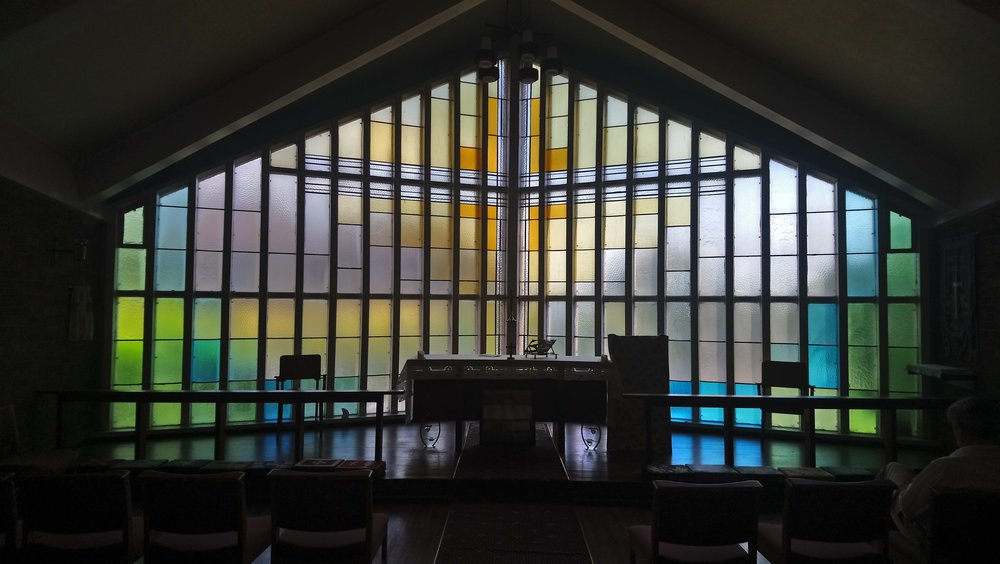 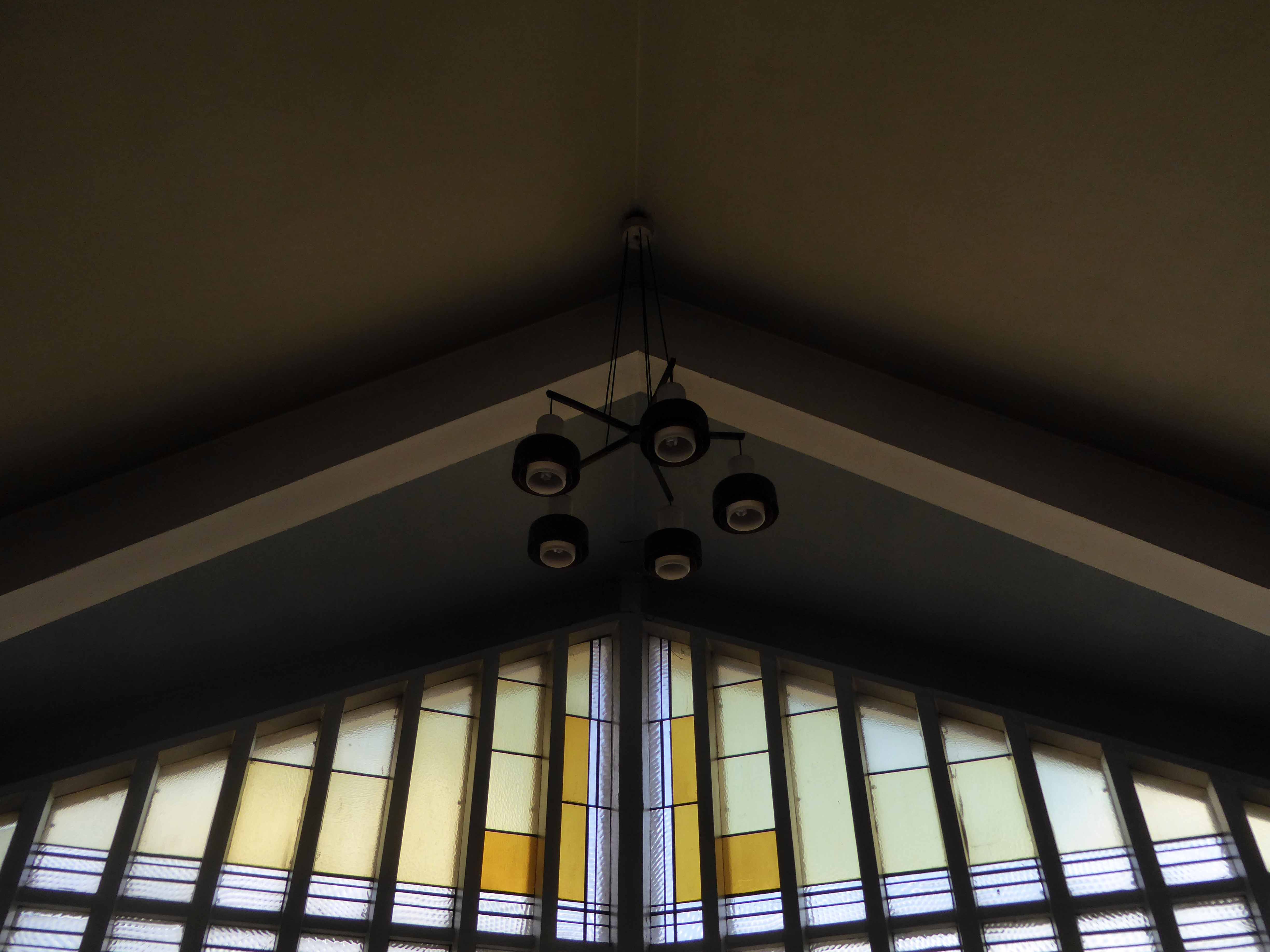 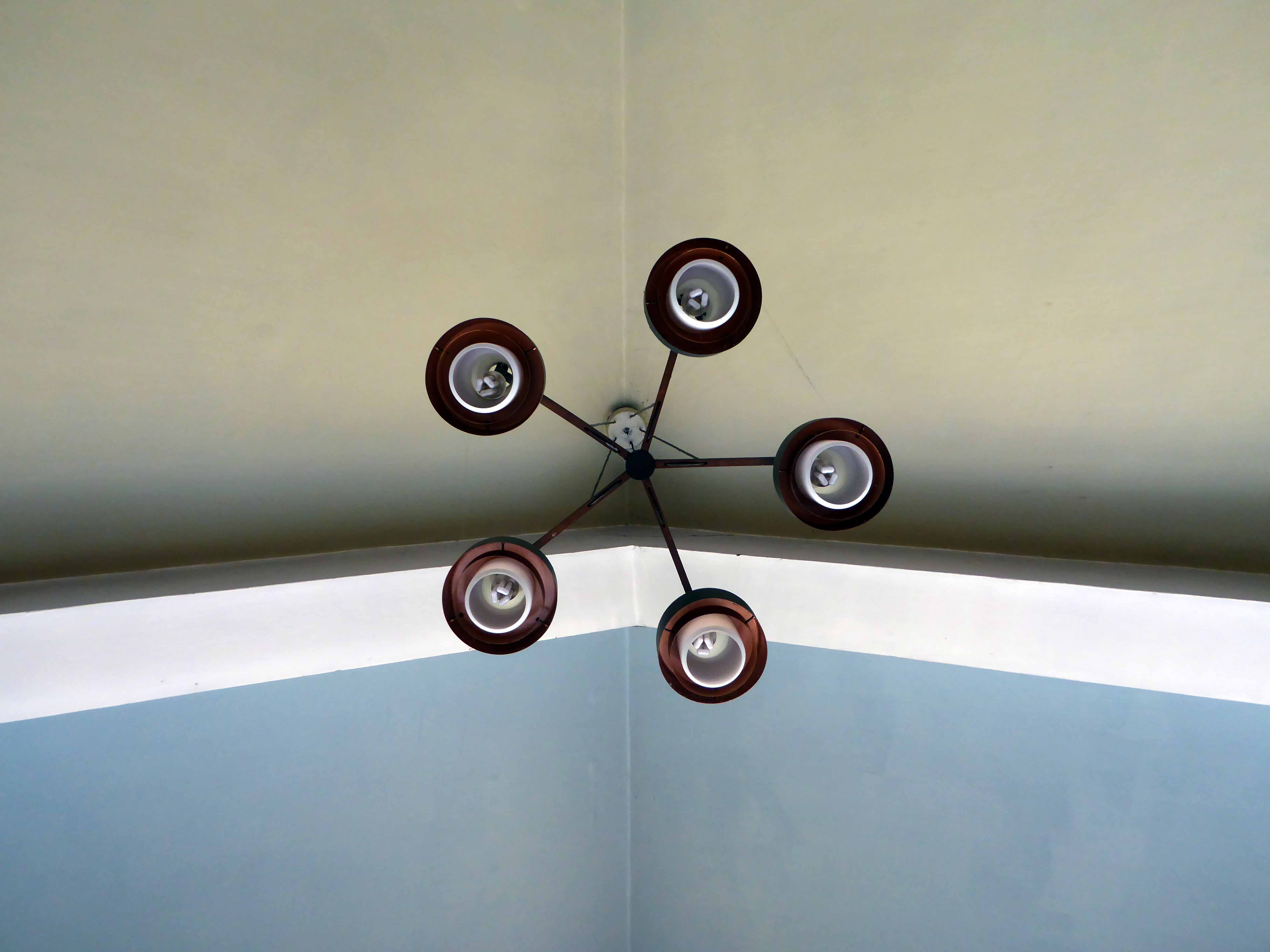 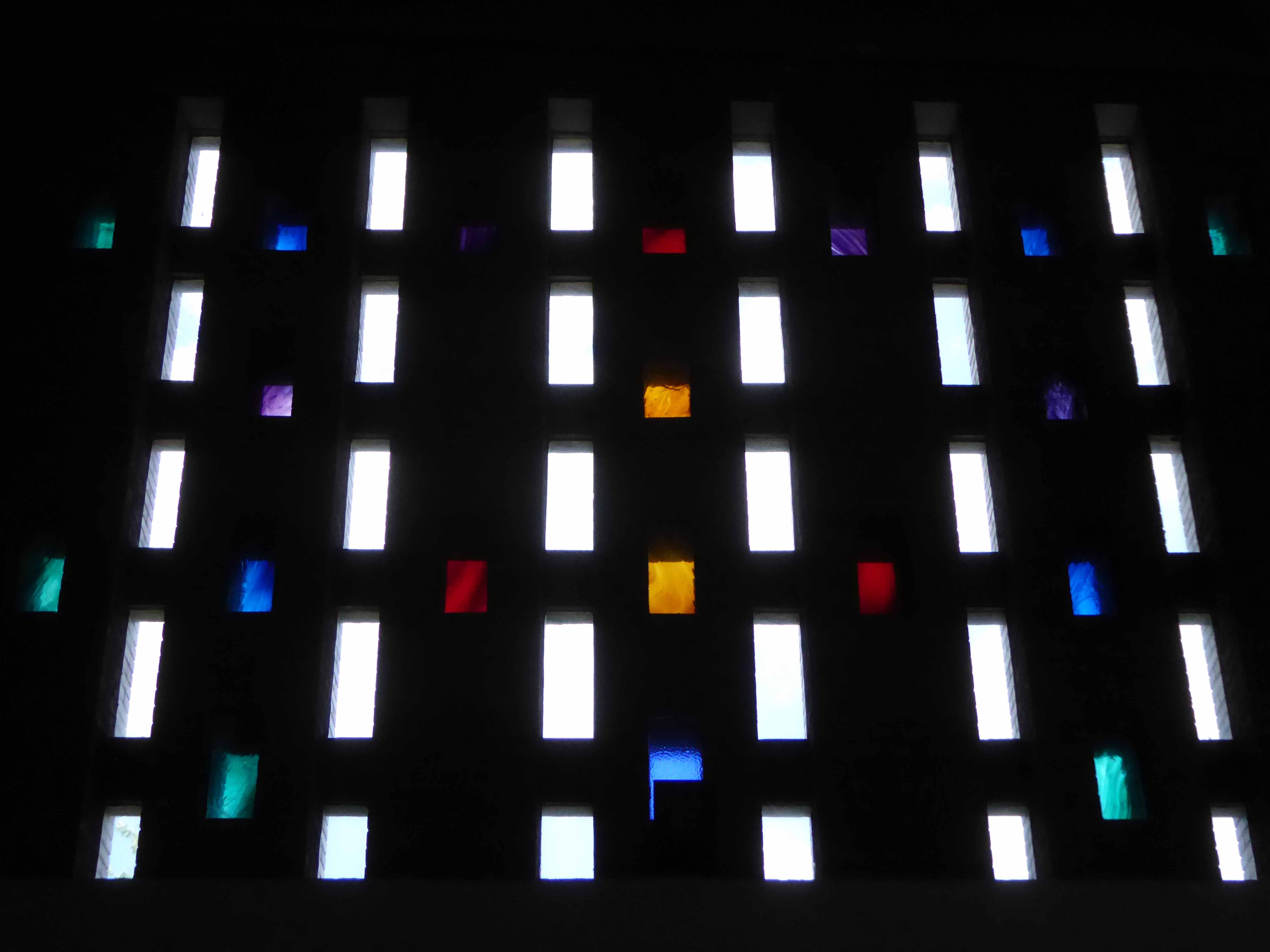 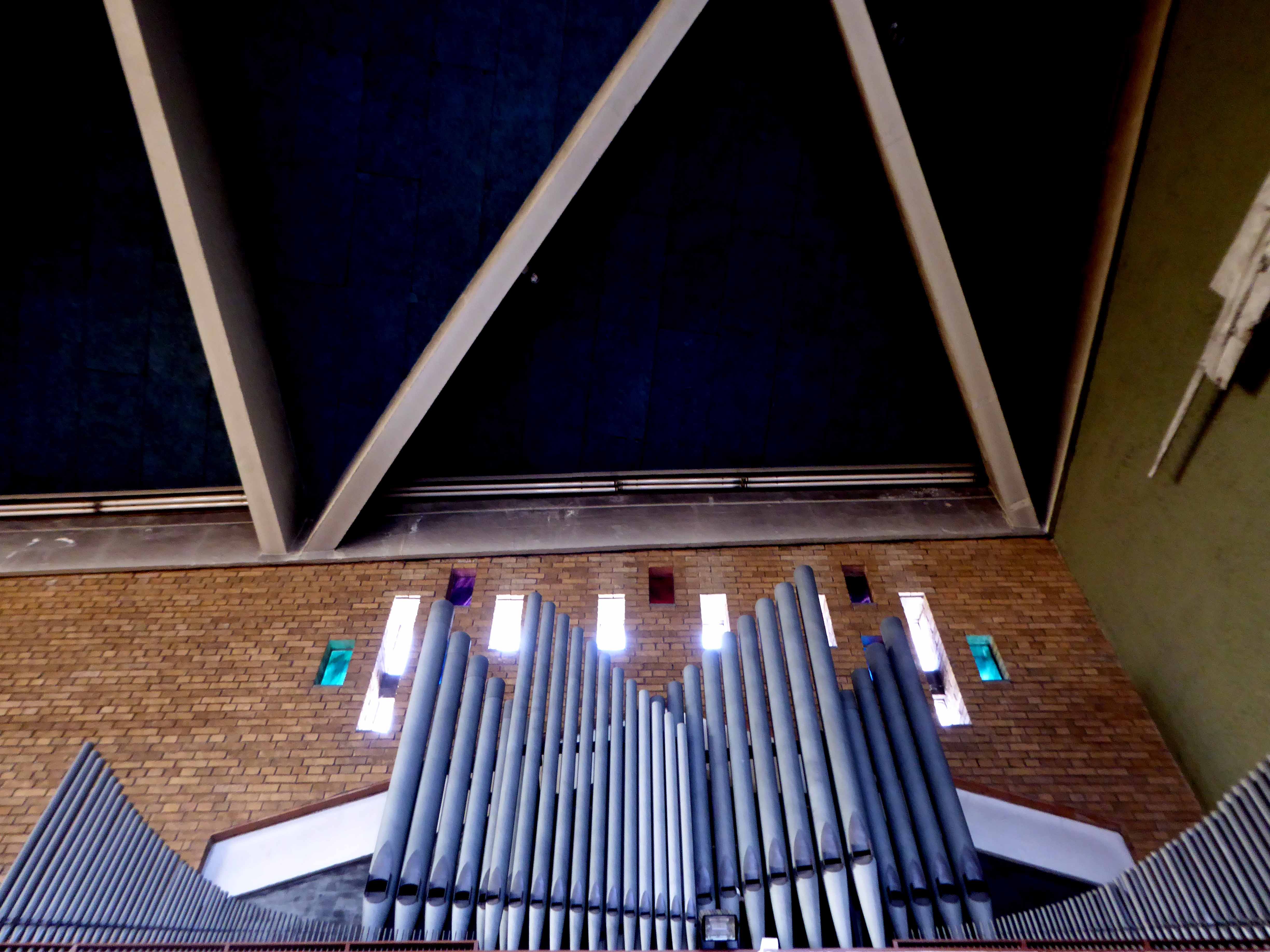 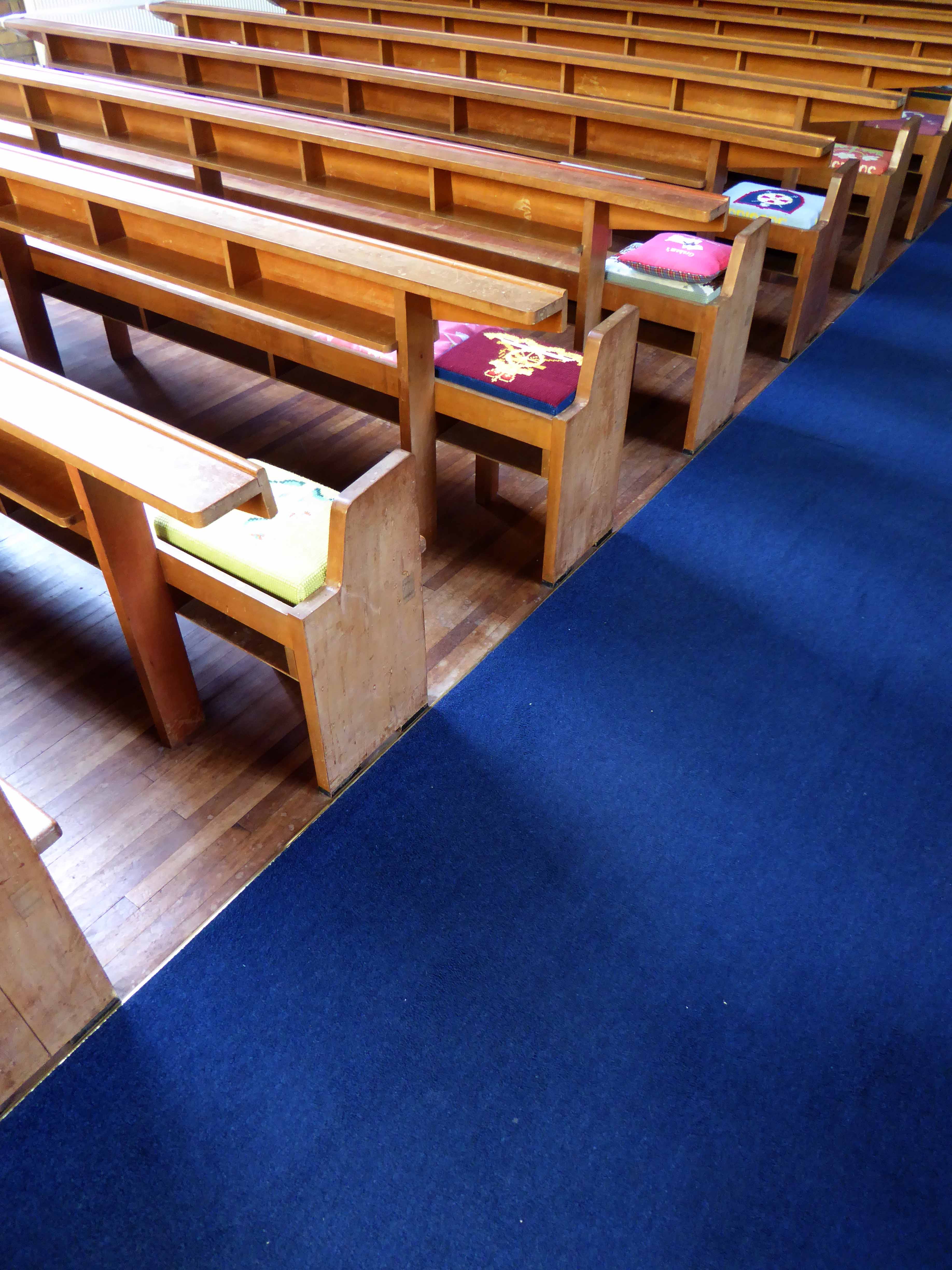 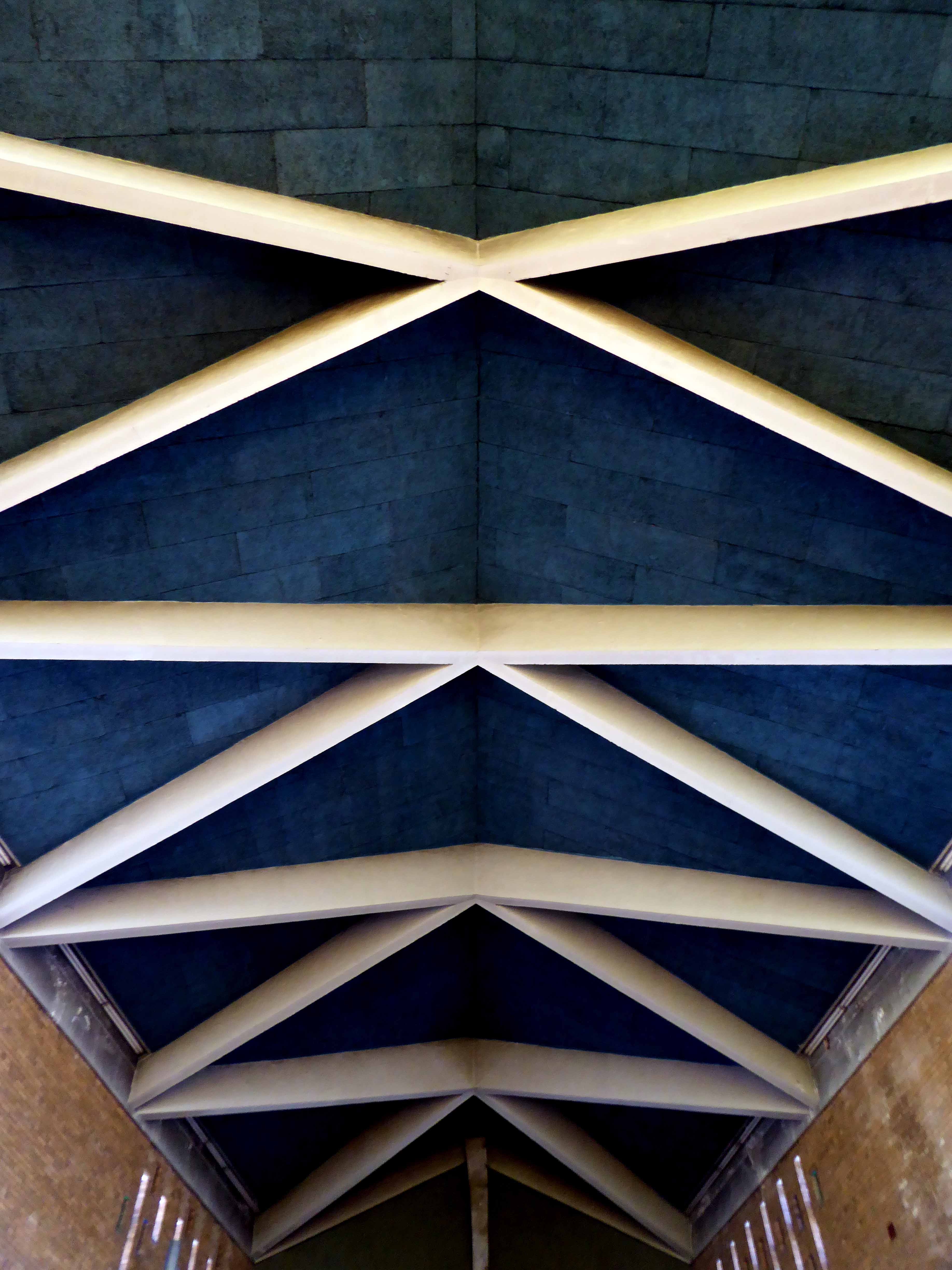 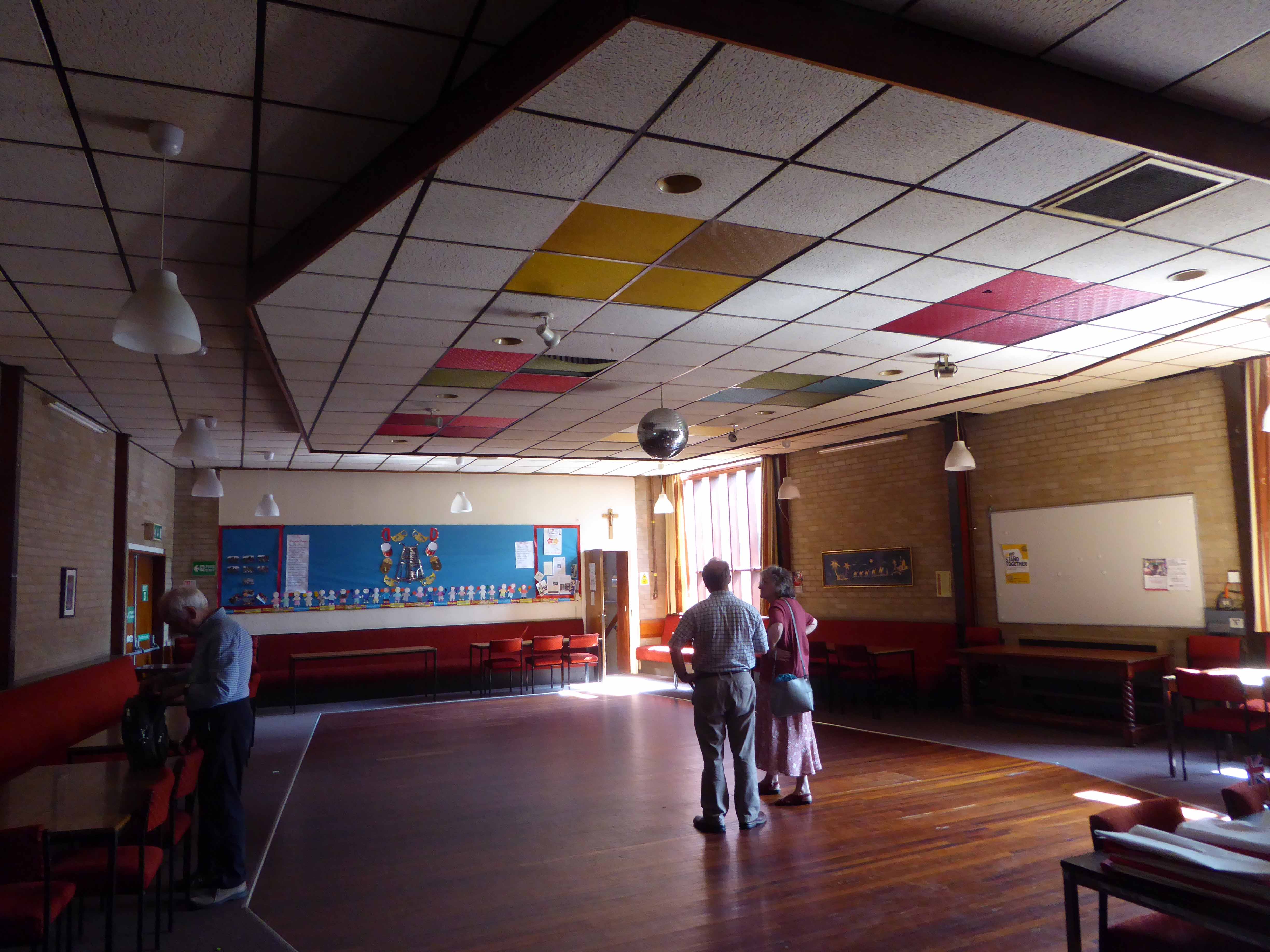 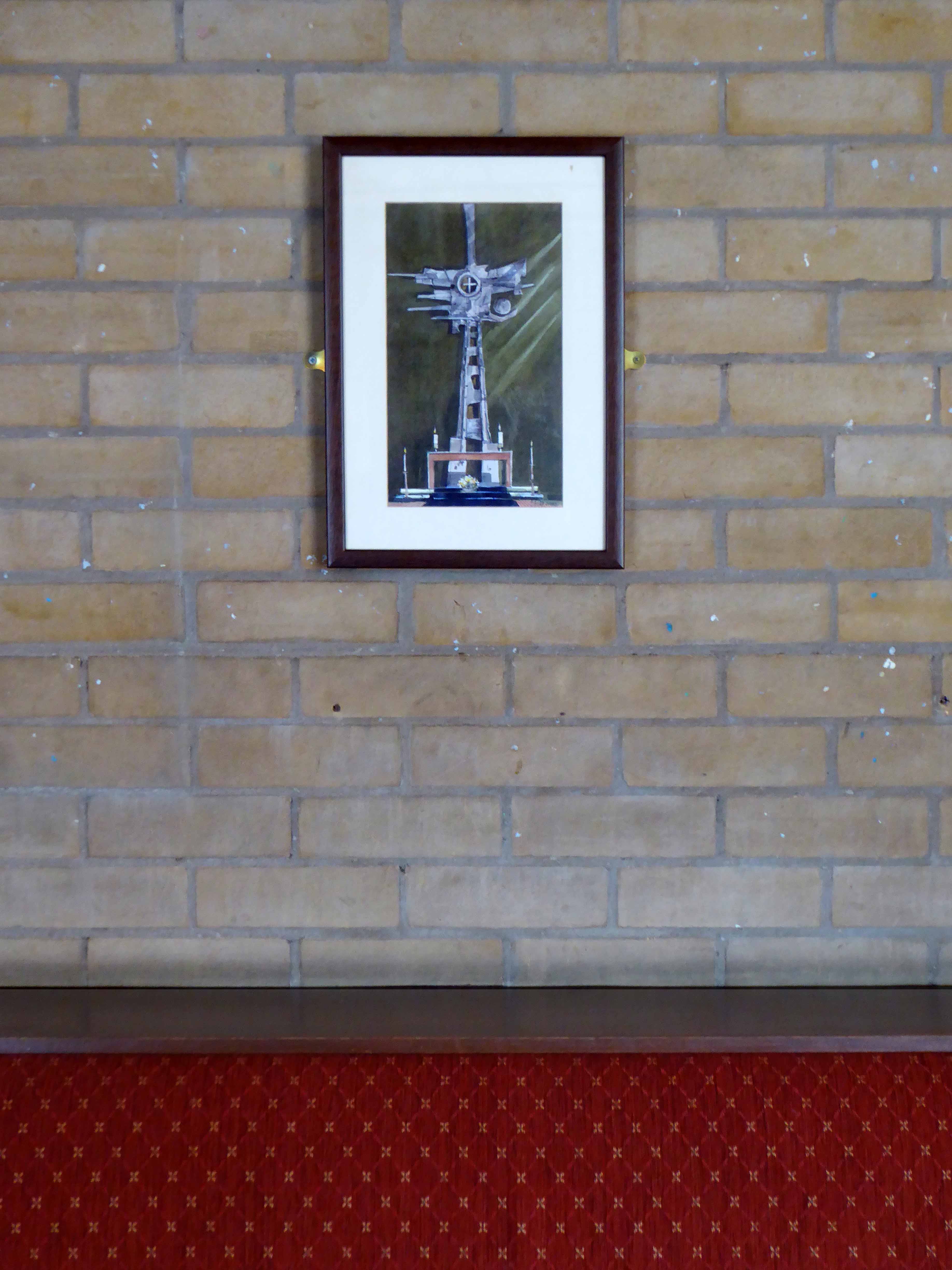 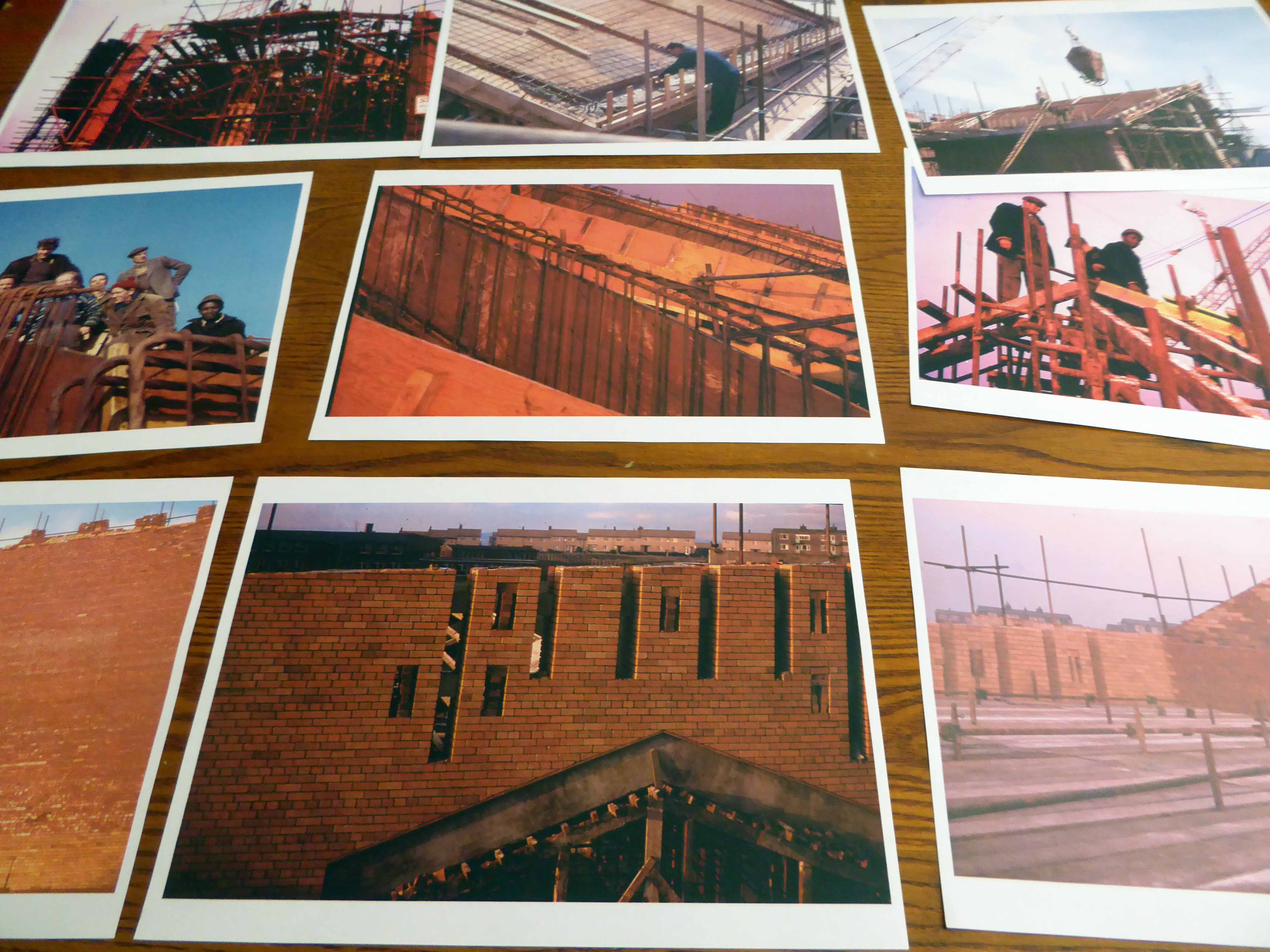 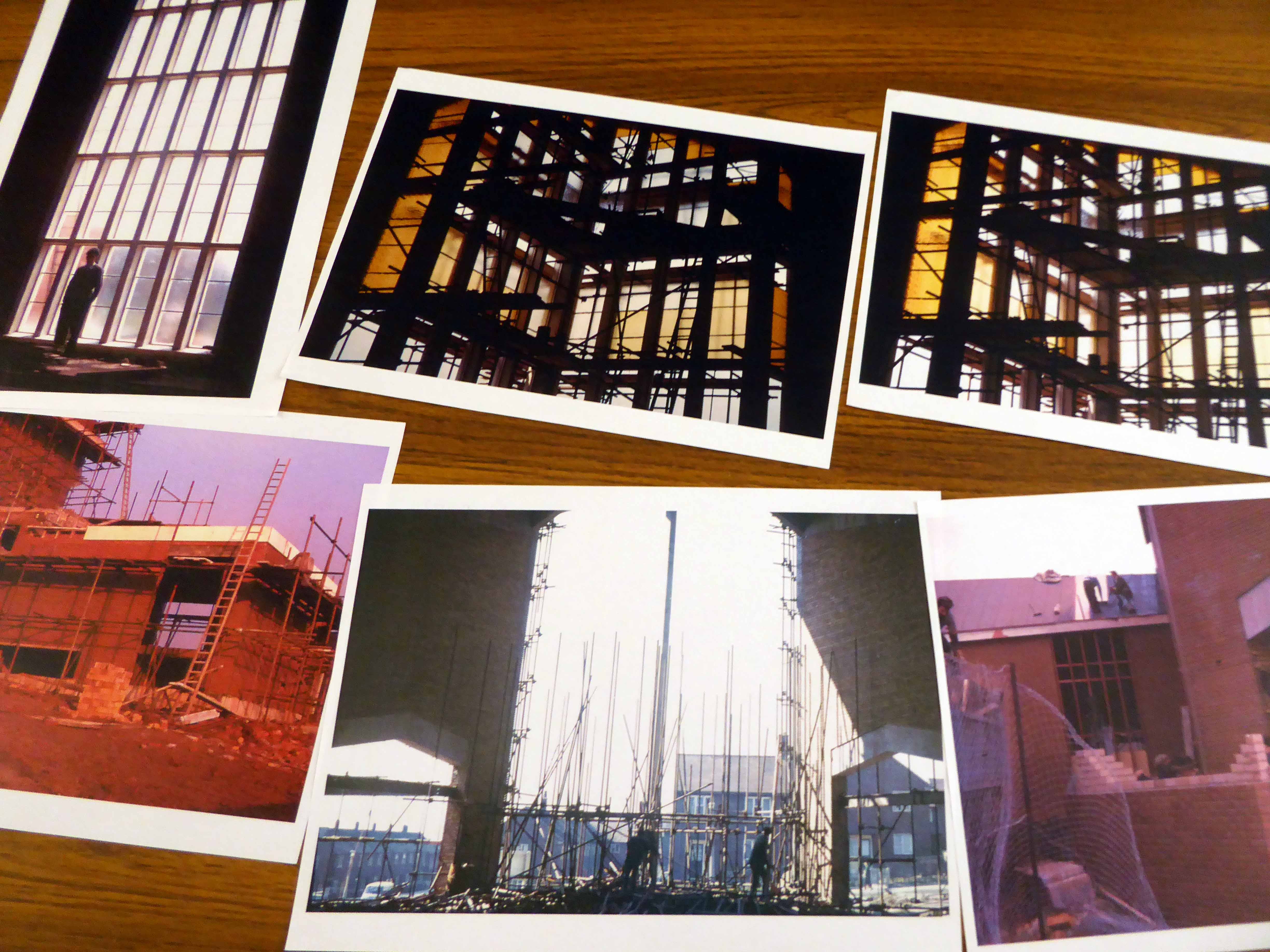 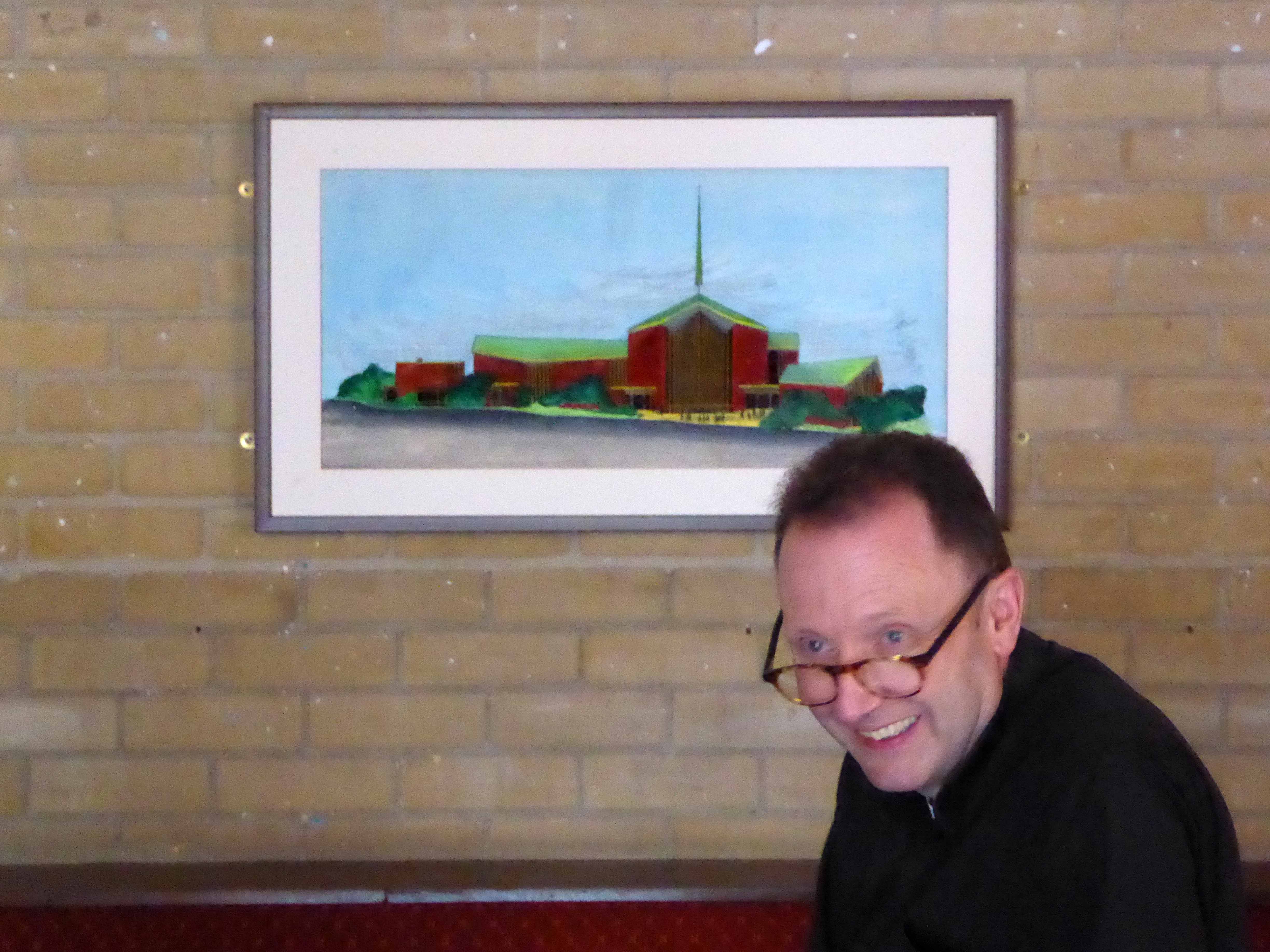