A mighty river valley was formed in the second Ice Age, as the glaciers receded and rushed seaward.

The mighty River Mersey was formed on the eastern edge of Stockport, at the confluence of the Tame and Goyt/Etherow rivers.

Thousands of years in the making, as the water-powered mills of the adjacent Pennine Hills migrate to the lower reaches of the towns, in search of water, workers and steam, the full force of the Industrial Revolution takes shape in the west.

The mixed farming of the alluvial valley, which opens up onto the Lancashire and Cheshire Plains, meets and greets the incursion of dye and brick works, mills and manufacturing. 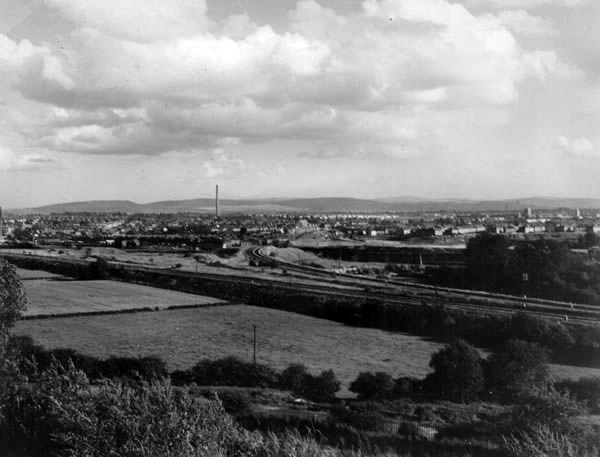 Serviced by a complex and competing rail system based around Heaton Mersey Shed. 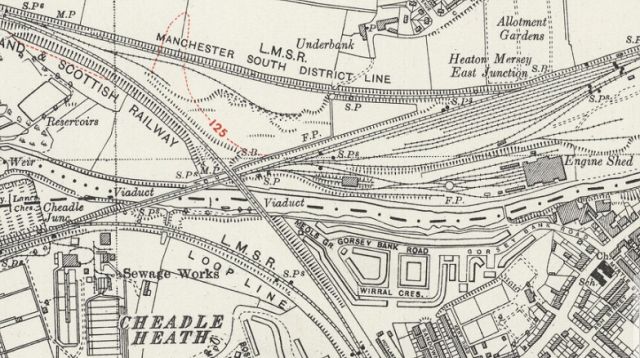 Opened in 1889 and served until May 1968 operating steam locomotives to the end -Coded 9F.

Here we were at the centre of a rail hub spreading out in all directions, to and from the ports, cities and resources of the country and beyond. 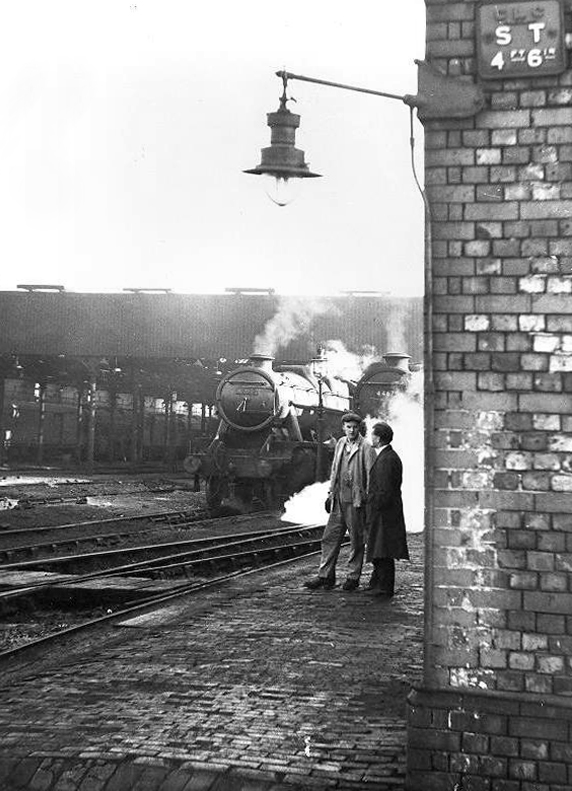 Heaton Mersey railway station was opened on 1 January 1880 by the Midland Railway and lay on the newly opened line which ran from Heaton Mersey East Junction to Chorlton Junction and on to Manchester Central station.

The area was criss-crossed by railways – its bridges traversing the roads, fields and river, dominating the landscape in a wild flurry of steam and smoke. 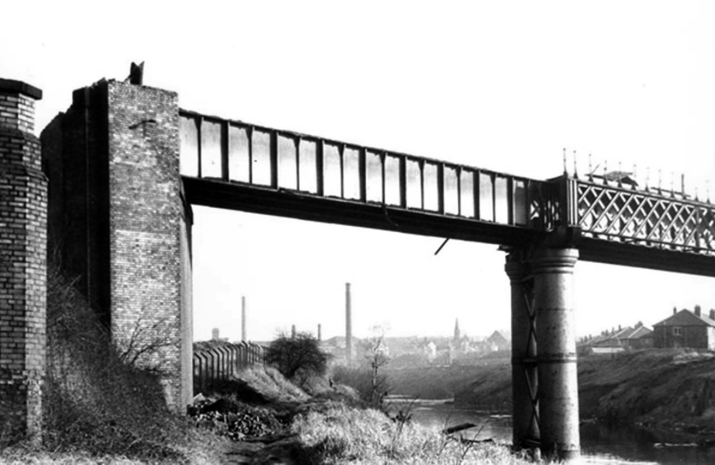 Crossing the Mersey – the link between Gorsey Bank and the Shed 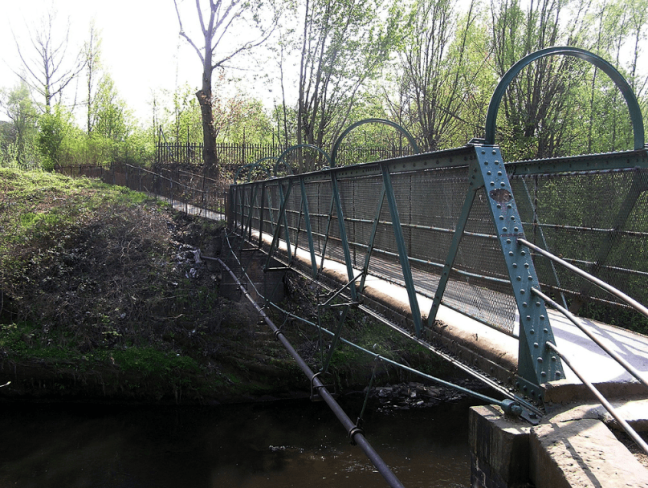 The end of steam – as drivers, fireman and staff were transferred to Newton Heath, was followed by the slow demise of the rail network, freight moved to road and passengers purchasing their first cars and a passport to illusory freedom.

The mighty Mersey is now flanked by newer neighbours, a shiny blue administrative pyramid, business park, car showrooms and nature reserve, the only certainty is change.

Great volumes of earth are moved to from a new topography a topography of leisure – the gentle stroll, jog and cycle replaces the clank of fire doors and shovel on coal.

But take a look around you and you will see the remnants of the industrial age, shrouded in fresh hawthorn and enshrined in birch and beech. 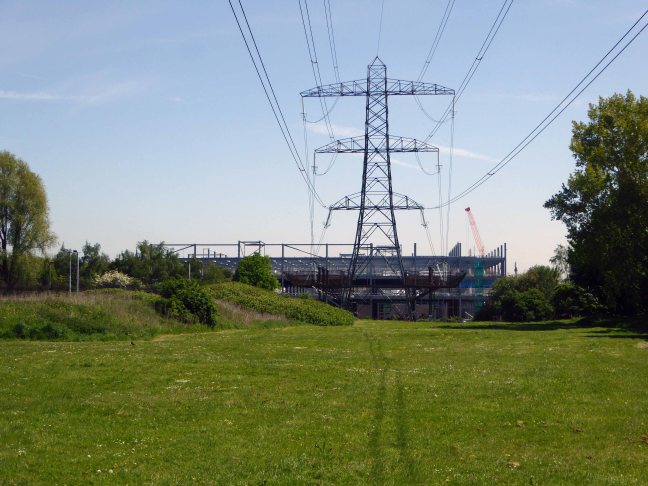 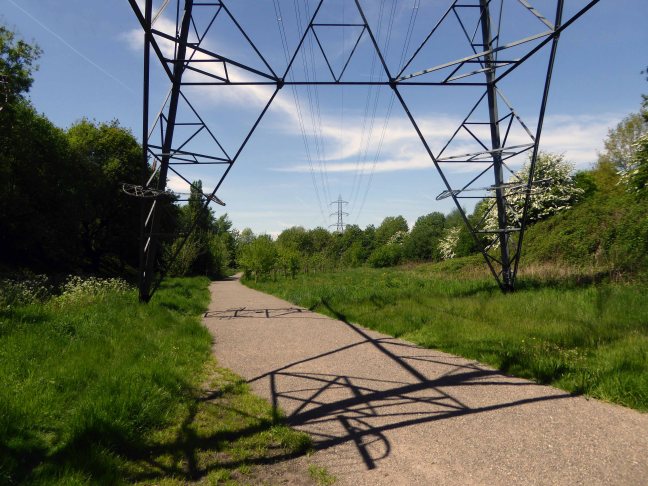 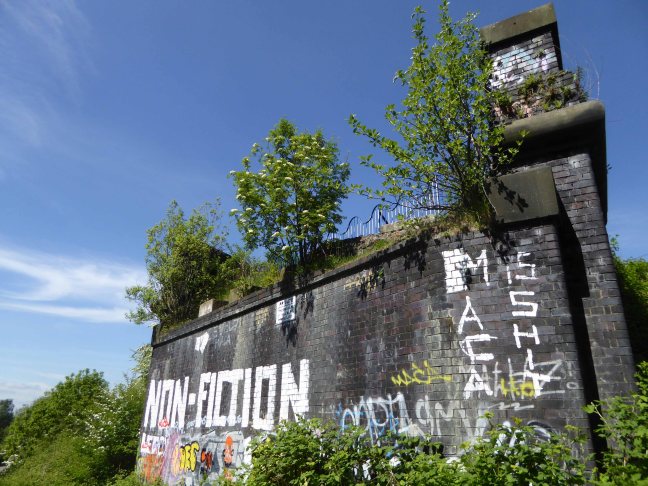 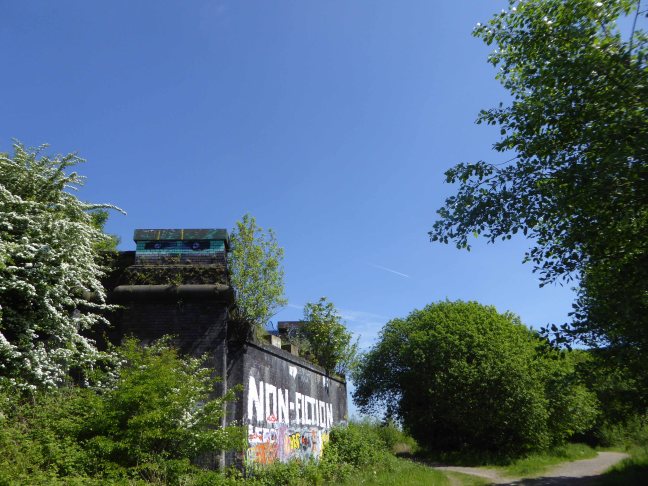 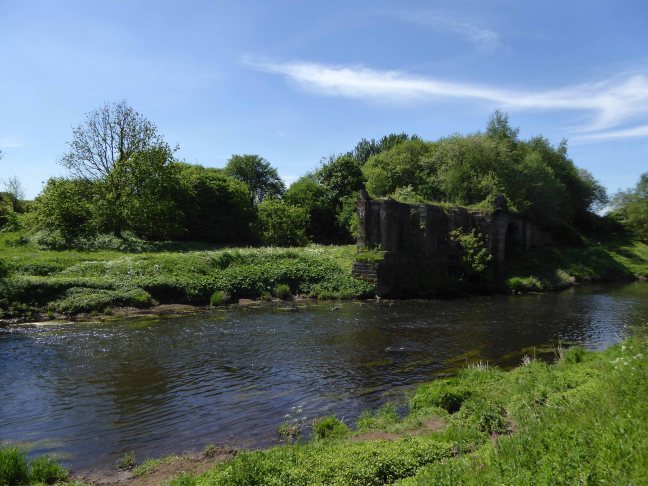 To walk this landscape is to traverse geological, agrarian, industrial and post-industrial time – they all coexist and coalesce. Have an eye, ear and heart open to their resonance and presence, transcend time and space in the Mersey Valley today, you’re part of the leisured generation.