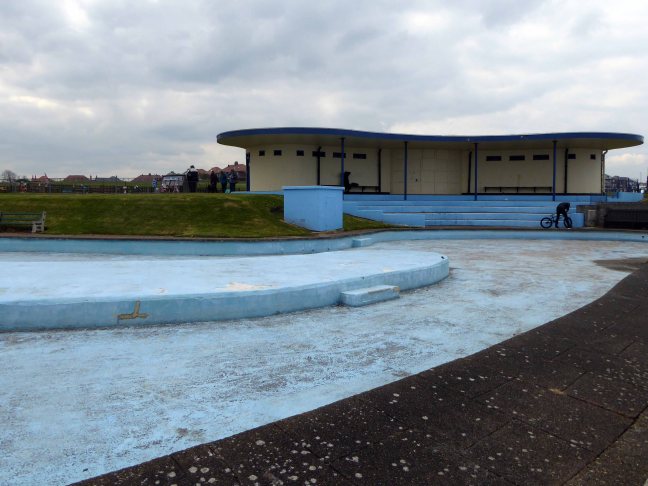 High atop West Cliff Whitby is a pale blue imitation of the deep blue North Sea below.

Scarborough Borough Council has resurfaced the paddling pool, re-concreted and repainted the bottom and the sides. The railings adjacent to the footpaths at Whitby Pavilion have been repaired and re-painted and seating next to the crazy golf has also been improved.

Martin Pedley, Scarborough Borough Council’s asset and risk manager said:
The council has, in conjunction with the voluntary sector, invested both time and money in continuing to revitalise the West Cliff area in preparation for the summer season and the influx of visitors to Whitby. 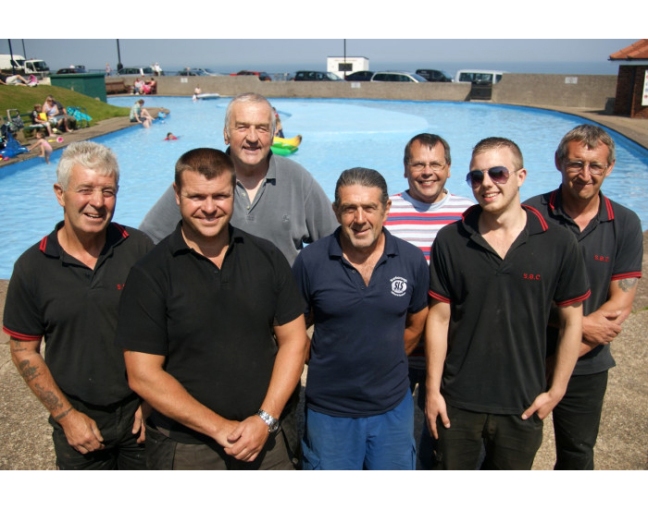 The improvement works that have been done both last year and this year is most welcome. Not only the visitors will benefit, but local people also and it again shows working in partnership with the voluntary sector does make a difference.

I arrived in late April the pool as yet sans d’eau, more of a pedalling pool than paddling pool as the BMX bandits invaded the space, in direct contravention of the rules and regulations.

The water when present is some twelve inches deep, clearly better suited to larking, splashing and cavorting rather than performing The Twister, a  bewildering blur of twists and turns two and a half back-somersaults with two and a half twists during the 1.5 seconds between launching and entering the water at 40mph.

The pool is flanked to the north by a sweeping Lubetkin style, flat roofed pavilion complete with fully functioning toilet facilities.

Turn your back on the Abbey, go wild – take a wet walk on the West Cliff side. 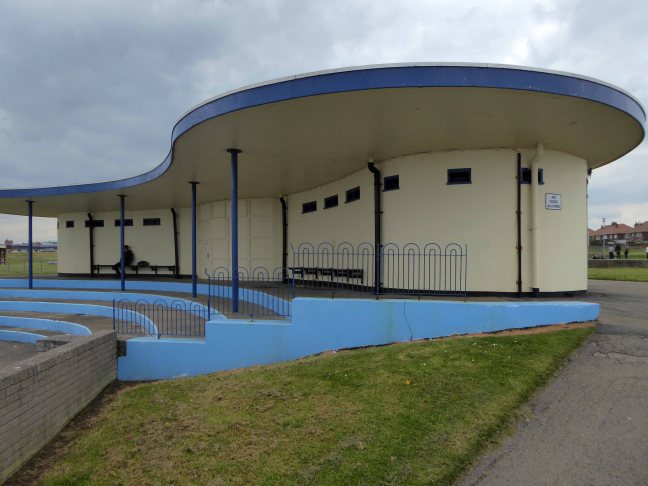 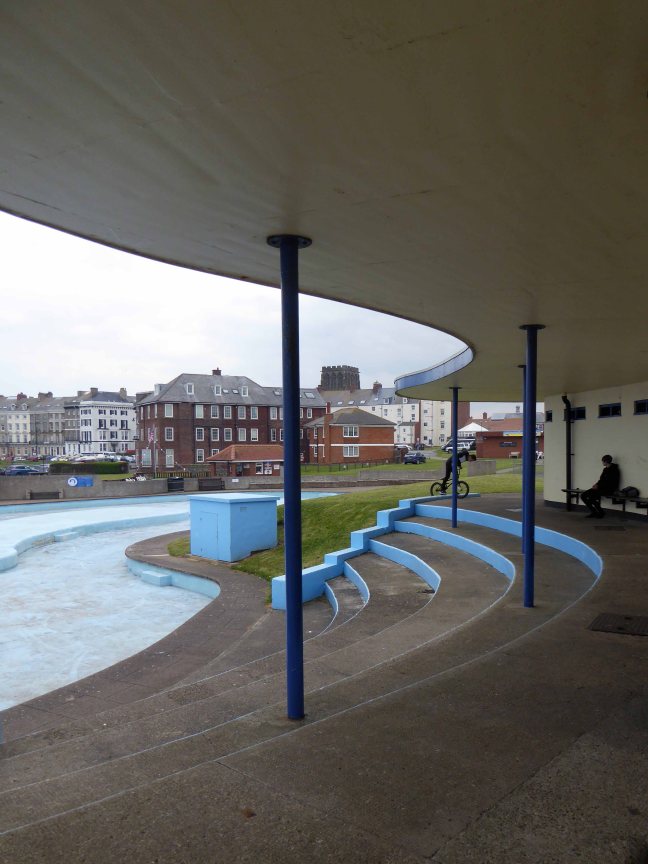 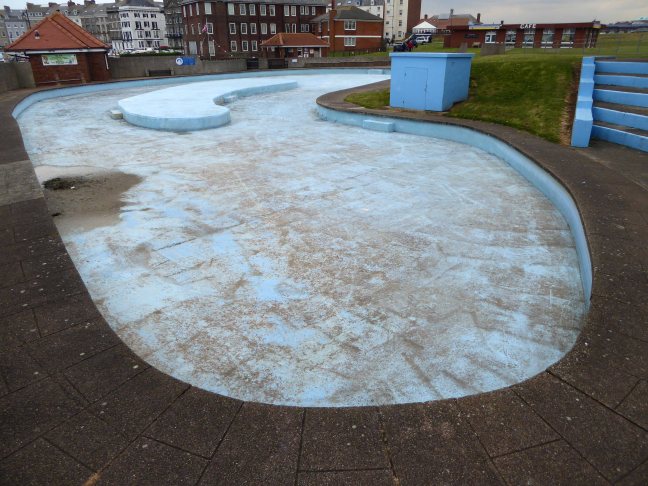 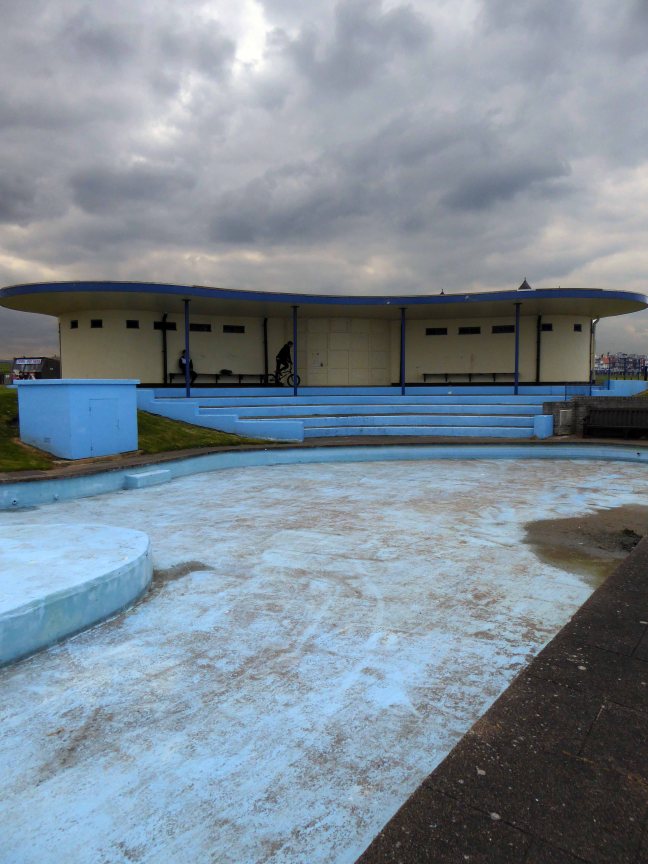 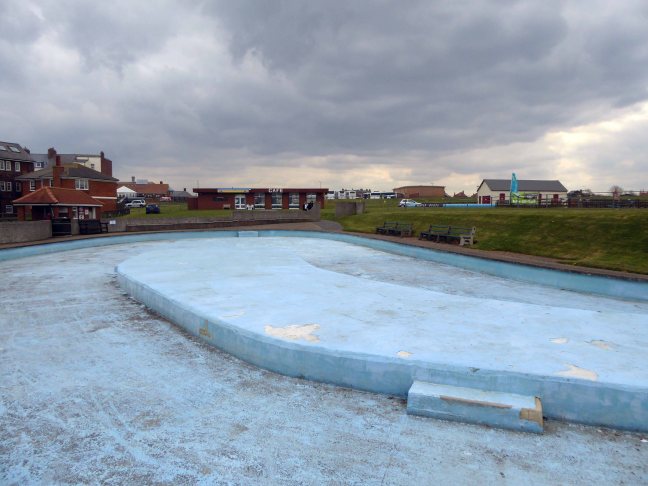 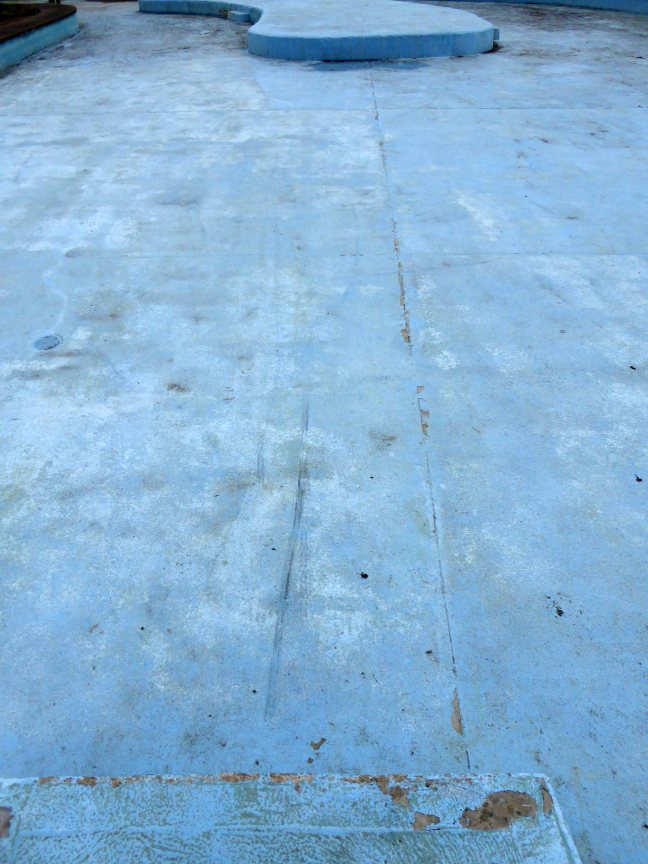 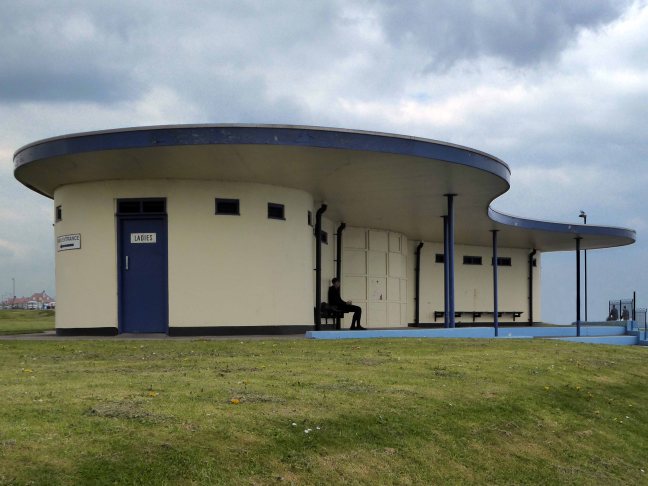 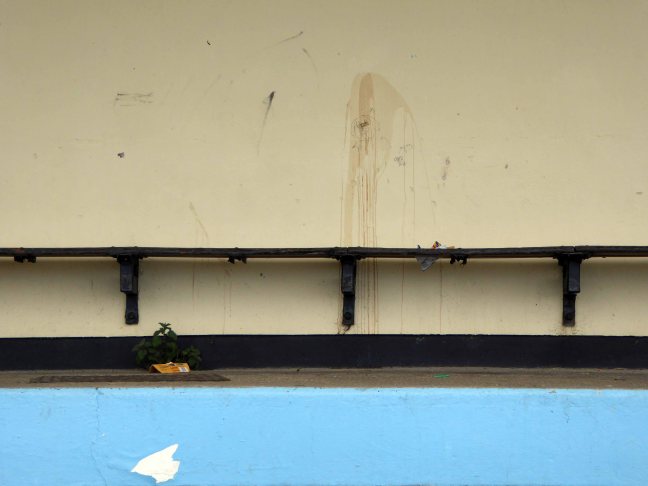 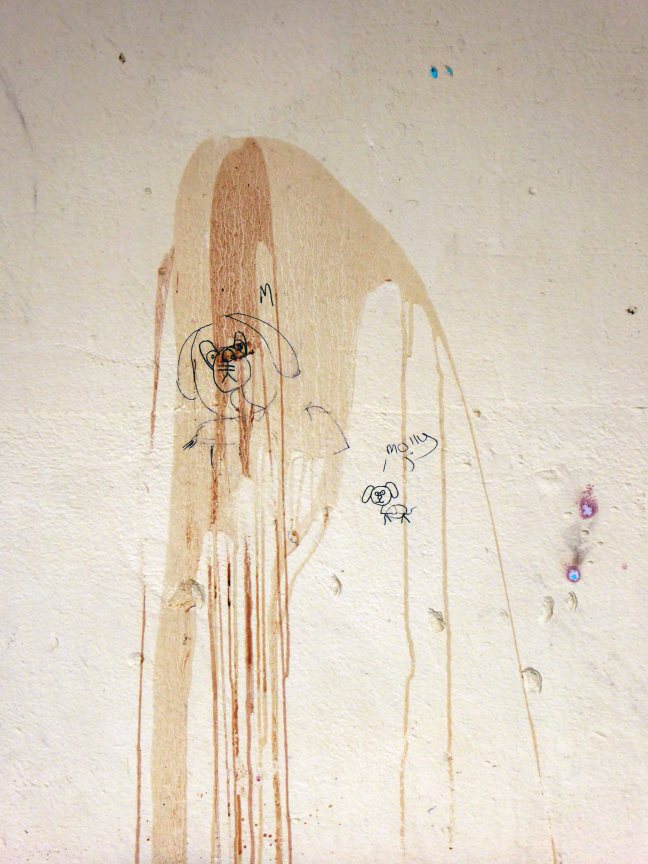 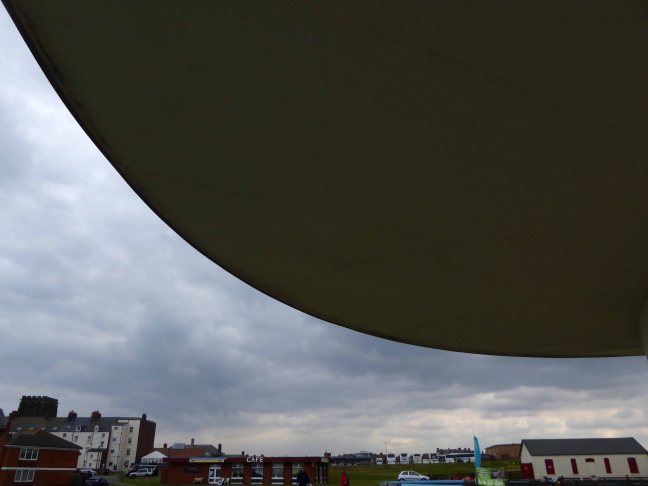 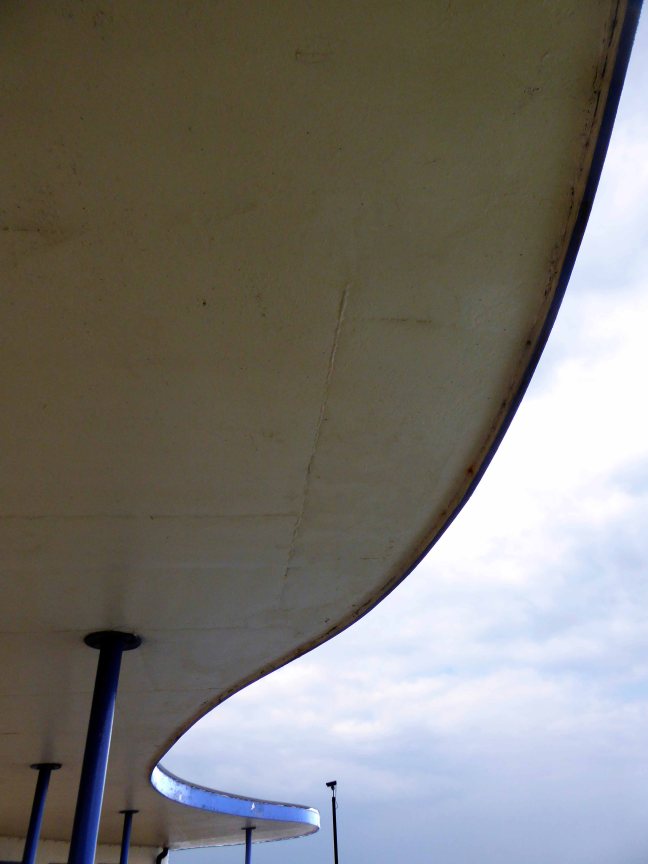 One thought on “Paddling Pool – Whitby”