The church was originally built in 1868–1871 to a standard neo-Gothic design by William Henry Crossland. This building was destroyed by an incendiary bomb during the “Sheffield Blitz” of 12 December 1940, only the spire and a porch survived (they are now Grade II listed structures). The remnants of the bombed church were used as the basis for a new church designed by George Pace and constructed 1958–1963. This new building is of a Modernist design but is also sympathetic to the Gothic spire and porch. It is a rubble-faced concrete building with striking slit windows of varying numbers and locations around the building. There are also two notable stained glass windows: the Te Deum window by Harry Stammers and the west window by John Piper and Patrick Reyntiens.

Wikipedia told me so.

Welcome to St Mark’s – an open, welcoming church for people from all walks of life who wish to learn more about Jesus and Christian faith and seek the freedom to ask the big questions. We have strong engagement with Christian communities and other faith traditions. People come from all over the country to participate in our Centre for Radical Christianity, where a lively climate of debate and learning can be found. 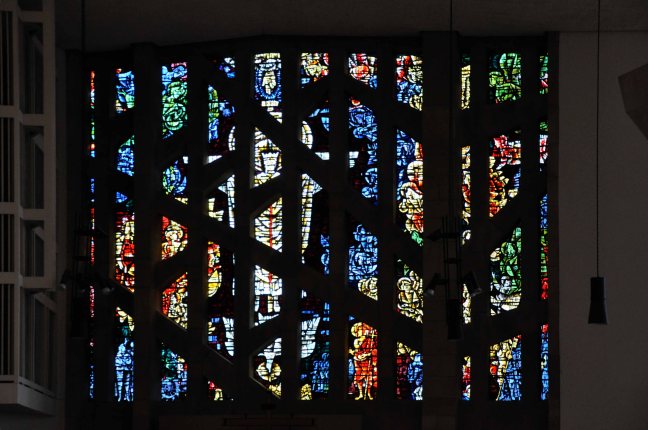 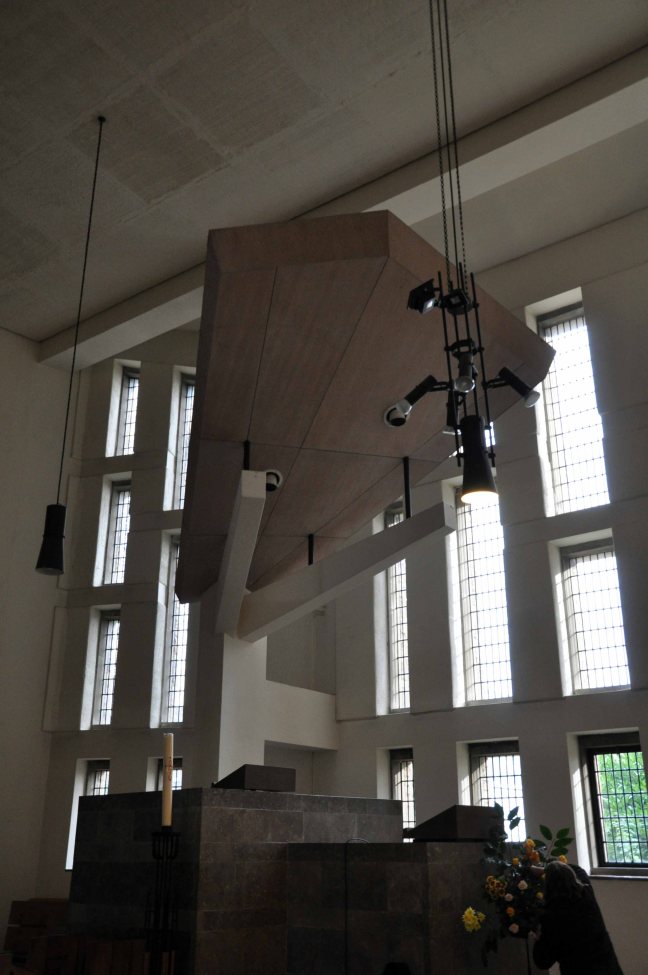 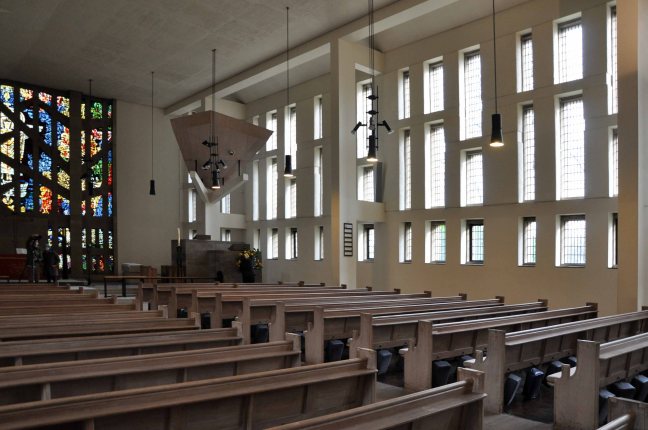 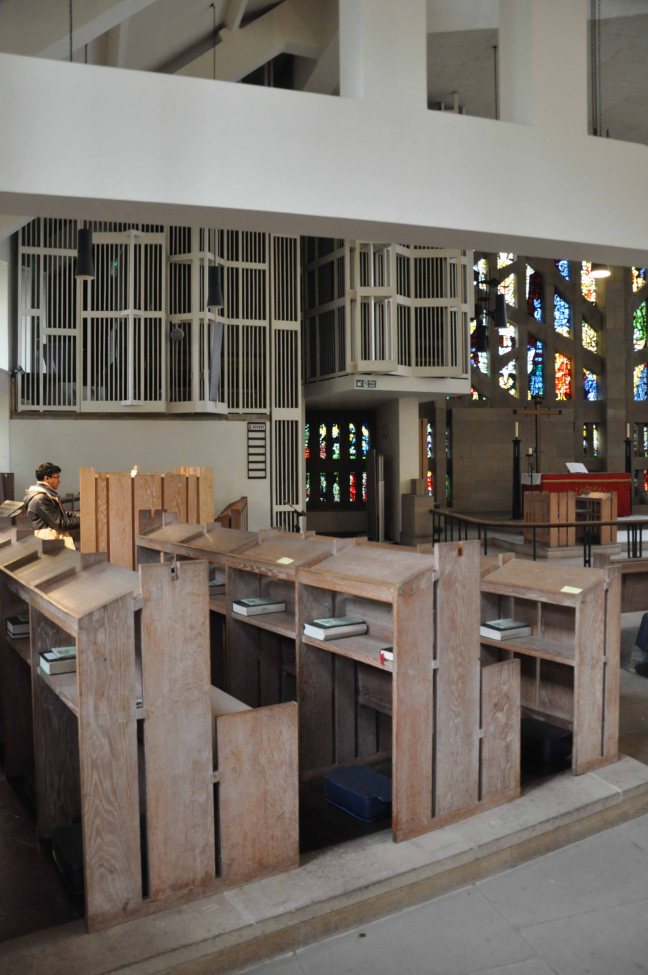 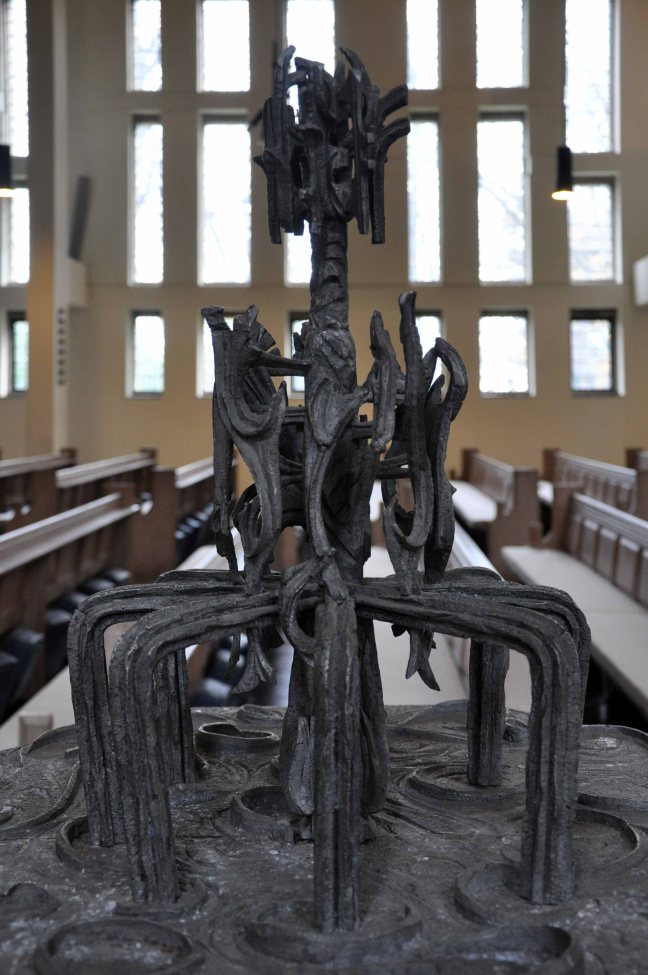 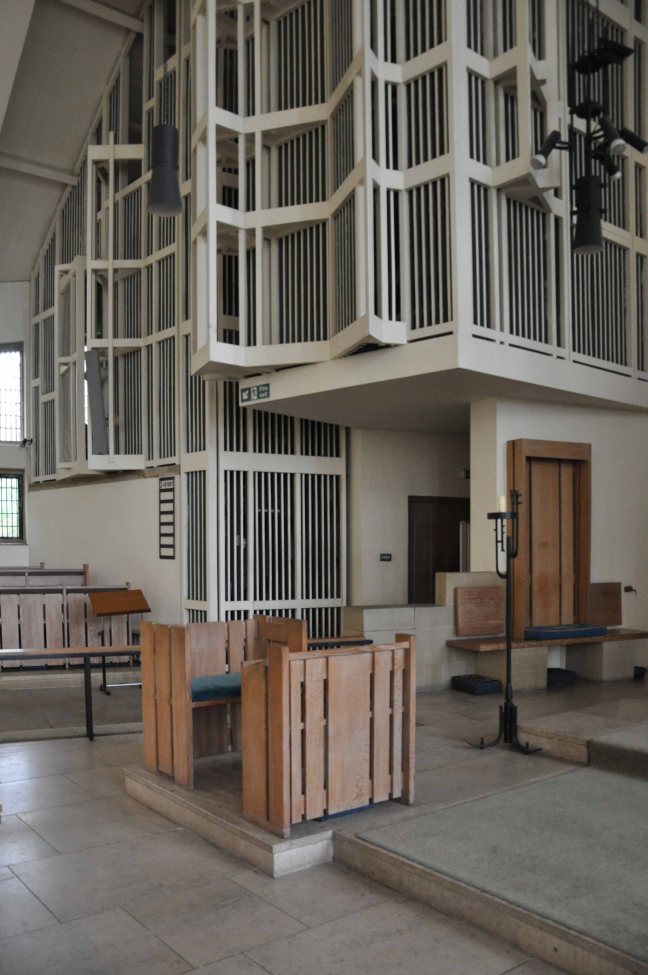 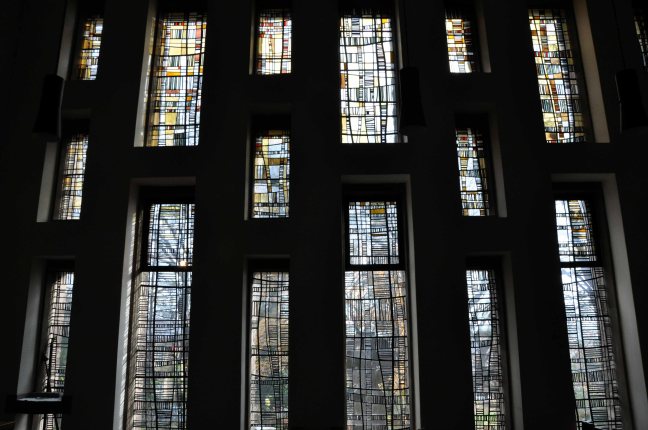