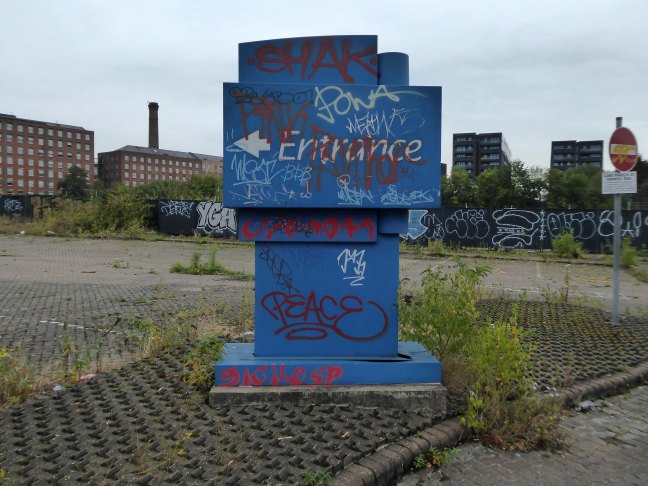 We have been here before – before the wrecking ball.

Subsequently, the tills have long since ceased to ring.

The road to redevelopment is paved with good intentions, and so far a profound lack or realisation.

The local folk objected to the planned luxury offices.

Tomorrow Manchester City Council’s Executive is set to approve the development framework for the former Central Retail Park that will see it turned into a zero carbon office district. But, according to a public consultation carried out by grassroots campaigners, an overwhelming majority of locals want public spaces on the 10.5 acre site in Ancoats rather than luxury offices.

What we need are councillors who will stand up for us and push for as much green space as possible at Central Retail Park development.

It’s council owned, it would link in well with Cotton Field Park and will give the capacity for locals to enjoy the outdoors – without driving, once New Islington Green has been developed into offices.

There is a perennial plea for affordable homes and green space, along with perennial structural and institutional barriers to their financing and building.

The circle between the developers, landowners, local authority and central government stubbornly refuses to be squared.

As of 20th September 2022 the land remains derelict – currently the domain of wayward taggers, spray-can jockeys and homemade mini-ramp skaters.

A concrete rectangle dotted with Buddleja davidii  – surrounded by Manctopia and main roads.