We awoke, we dawdled around Deal, prior to our delightful breakfast.

Though the pier appeared to be closed.

The present pier, designed by Sir W. Halcrow & Partners, was opened on 19 November 1957 by the Duke of Edinburgh. Constructed predominantly from concrete-clad steel, it is 1,026 ft in length – a notice announces that it is the same length as the RMS Titanic, but that ship was just 882 feet, and ends in a three-tiered pier-head, featuring a cafe, bar, lounge, and fishing decks.

The lowest of the three tiers is underwater at all but the lowest part of the tidal range, and has become disused.

Deal is home to some of the most extraordinary concrete shelters.

Home to some understated Seaside Moderne homes too.

Well fed, we set out along the private road that edges the golf course, encountering some informal agricultural architecture.

The Granville development, so named after George Leverson Gower, second Earl Granville (1815-1891), was a venture undertaken by Edward Welby Pugin, together with investors Robert Sankey, George Burgess and John Barnet Hodgson on land acquired from the Mount Albion Estate in 1867. The scheme was to be an important new building in the eastward expansion of the town and the emergence of a fashionable new suburb. At the outset, the intention was to build a relatively restrained speculative terrace of large townhouses with some additional facilities. However, as the scheme progressed and it became apparent that buyers could not be secured, revised plans for an enlarged hotel complex were adopted in 1868 and brought to completion in 1869. These plans, which added a series of grand rooms including a banqueting hall, receptions rooms and an entrance hall in addition to a tunnel to connect to the railway line on the seafront, gardens, a complex of Turkish baths and a vast landmark tower (originally 170ft high, although truncated at a relatively early date), were remarkably ambitious. Ultimately, as it would transpire, the scheme was rather too ambitious on Pugin’s part; with his increasing reliance on loans eventually culminating in bankruptcy in October 1872, an event which precipitated his demise as an architect, tragically followed by his death just three years later.

Overlooking the sea, the ornamental gardens were laid out and presented to the Borough of Ramsgate by Dame Janet Stancomb-Wills in 1920 and opened to the public in June 1923 by the Mayor of Ramsgate Alderman A. W. Larkin. They are maintained by Thanet District Council and were Grade II listed on 4 February 1988.

The gardens were designed by the architects Sir John Burnet & Partners, and constructed by Pulham and Son. The main feature of the gardens, is a semi-circular shaped colonnade carved into the pulhamite recess.

On the upper terrace, approached by broad flights of steps, the gardens proper are reached. In the centre, and immediately over the shelter, is a circular pool enclosed on the north side by a semi-circular Roman seat.

Built of flint and rubble.

One of the first visitors to this church was Charles Dickens who offered a very unflattering description in his work, Our English Watering Place:

We have a church, by the bye, of course – a hideous temple of flint, like a petrified haystack.  Our chief clerical dignitary, who, to his honour, has done much for education, and has established excellent schools, is a sound, healthy gentleman, who has got into little local difficulties with the neighbouring farms, but has the pestilent trick of being right.

In Margate the tidal pools are full of waveless sea water and kiddy fun.

The former crazy golf course is undergoing an ongoing programme of involuntary rewilding.

And Arlington House staring steadfastly out to sea.

Time now for tea and a welcome plate of chish and fips at the Beano Cafe.

I miss my haddock and chips from Beano in Margate, brought to you with a smile and he remembers everyone.

The food is awful and the customer service is even worse: when we complained about the food the staff argued with us and wouldn’t do anything to change the food or refund, avoid at all costs!

Time for a wander around Cliftonville.

And a patriotic tea rooms.

So farewell then the south coast – we’re off home on the train in the morning.

But first a pint or two. 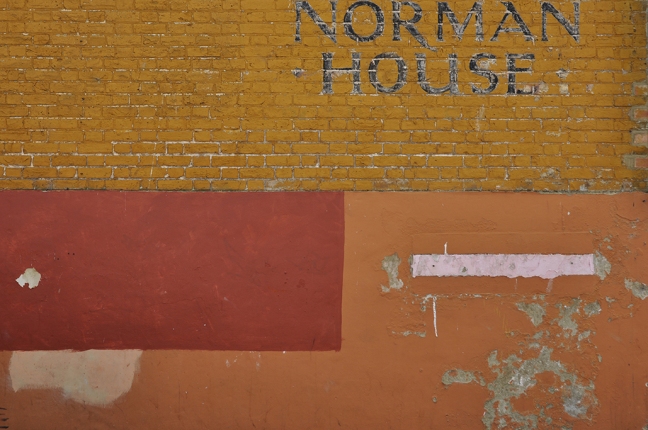 Revealed as fascia is removed and replaced.