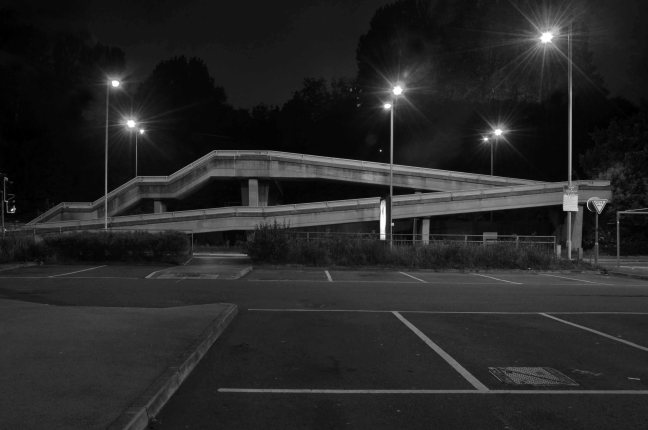 A Moebius Band of motorway formerly known as the M63 wraps and warps itself around the city, ever so conveniently linking the traffic of Greater Manchester with itself.

Ever so conveniently it passes through Stockport – only moments from my home.

Before the white man came. 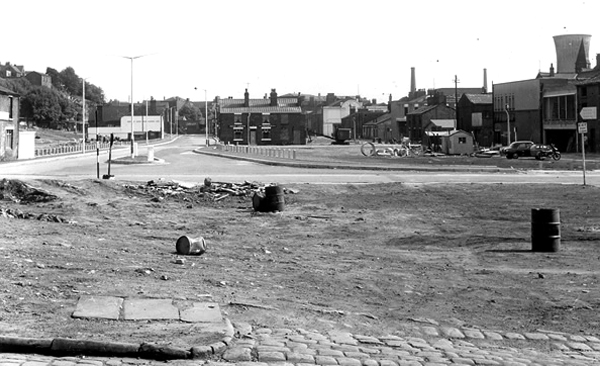 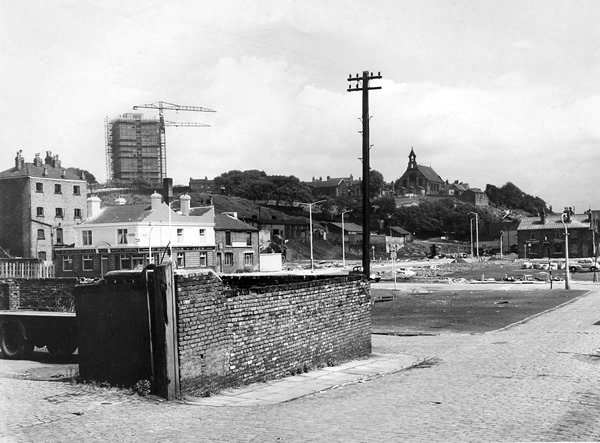 The view from Princes Street along Hatton Street – towards Heaton Norris Rec.

A boon to the modern day motorist, though happily the modern day pedestrian is also catered for in the form of the Hatton Street Footbridge – linking Great Egerton Street below, with Heaton Norris Recreation ground above.

For the past two years the footbridge has been inconveniently closed, during the development of the Redrock Leisure Facility, built on the site of the former car park, in the foreground of the image above. Thus prohibiting the passage from the Post Modern world of the big brash entertainment box, to the leafy cobbled street beyond.

The Hatton Street footbridge has two spans of in-situ u-section deck, is at ground level on the north side, but is reached by steps or ramp from Great Egerton Street on the south.

I’m ever so pleased that access has been reinstated, from me it is both fully functional yet imbued with an elegant concrete sculptural grace, worthy of Niemeyer or Lasdun.

So take a walk on the slightly higher side, either way you win. 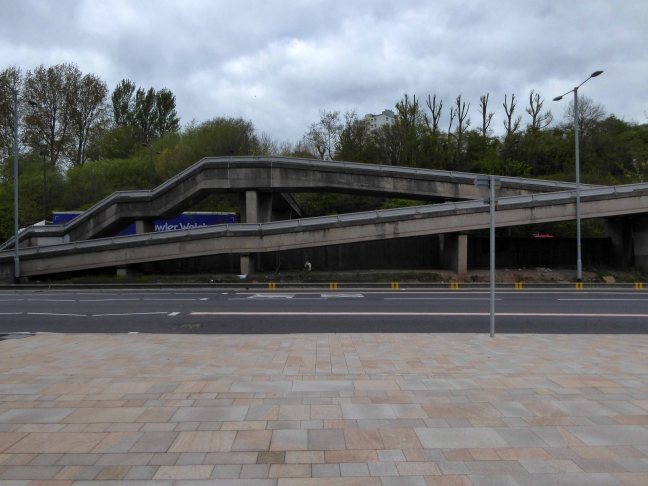 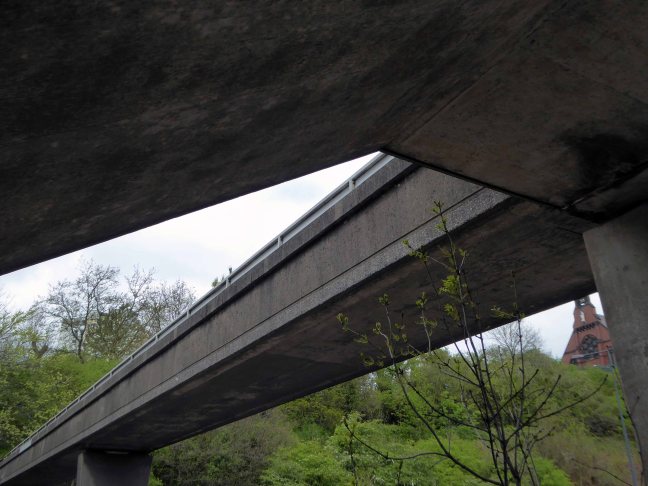 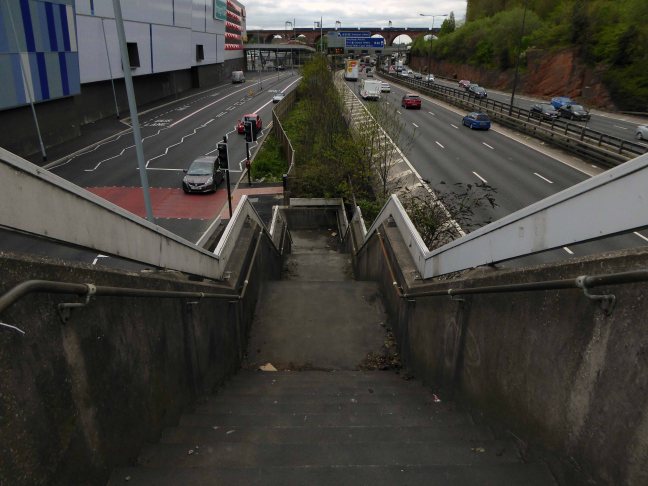 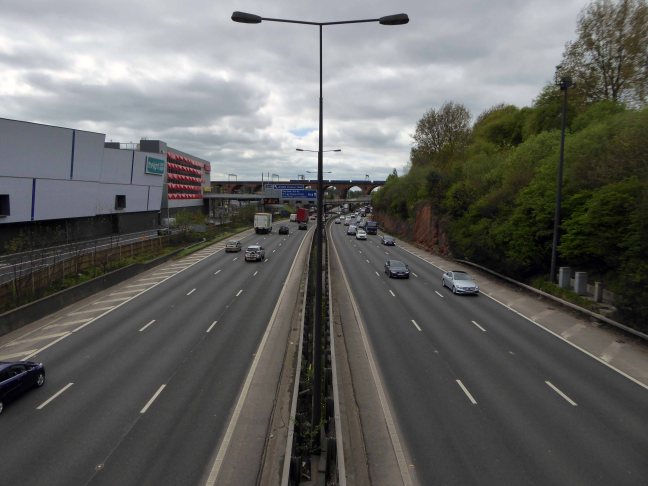 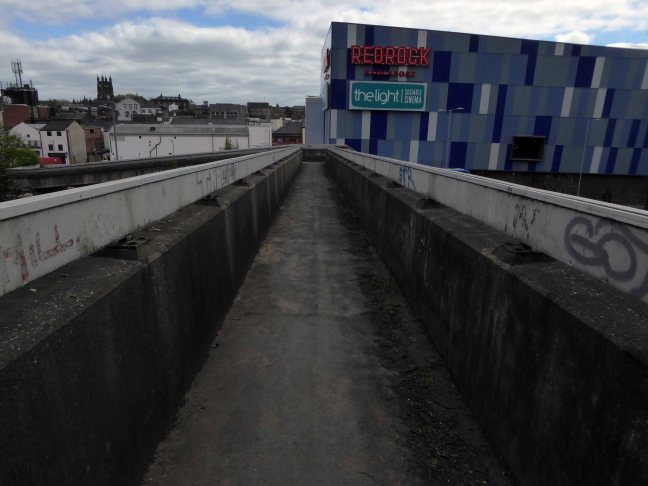 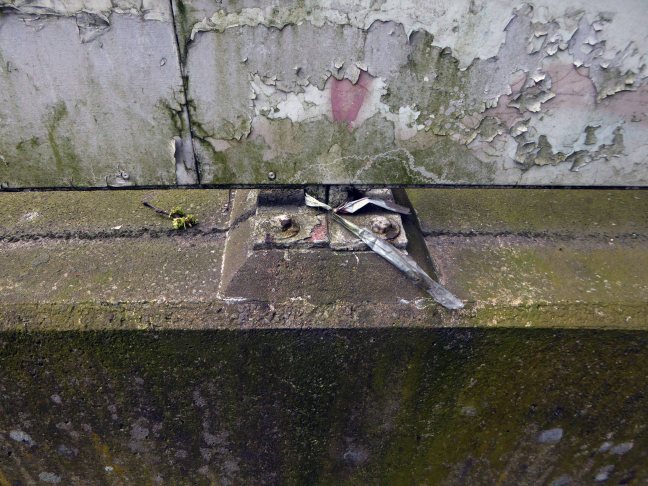 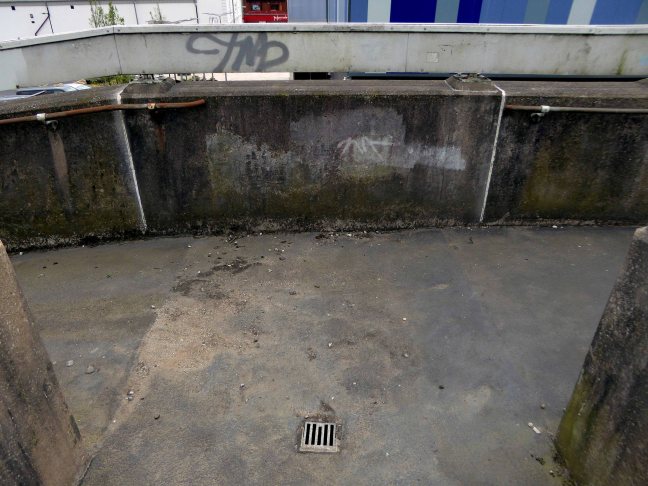 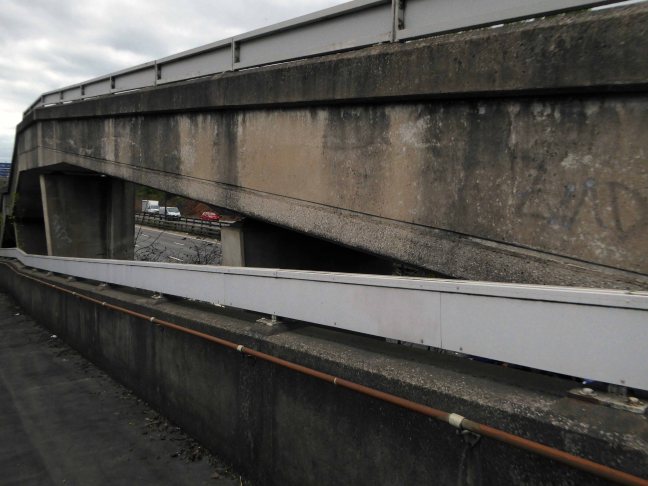 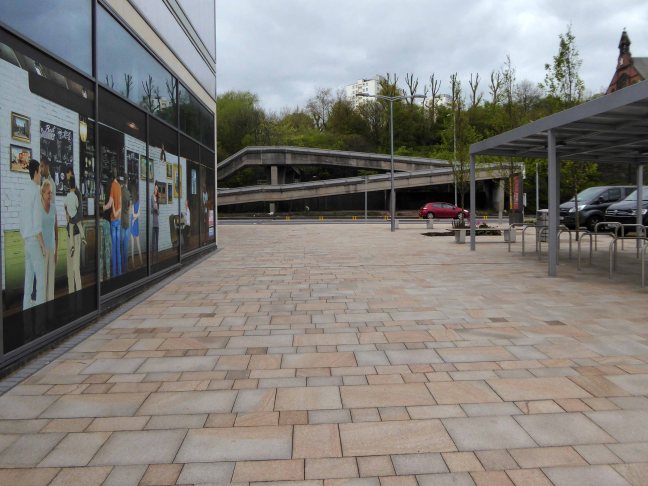