The report says the store is now in a poor condition, looks ‘dated and tired’ and ‘contributes to negative perceptions’ of Merseway.

You were conceived as an integral part of the Merseyway development, which on its inception, was held in the highest regard.

Innovative architecture with confidence, integrity and a clear sense of purpose.

Dominic Chappell, who had no previous retail experience, bought the high street chain from the billionaire Sir Philip Green for £1 in March 2015. The company collapsed with the loss of 11,000 jobs 13 months later, leaving a pension deficit of about £571m.

A sad end for a company with a long history and presence on the high street.

With an architectural heritage to match:

At first, like C&A, BHS retained the narrow vertical window bays and margin-light glazing that had characterised high street façades in the 1930s, but by the end of the 1950s Clarke had embraced a modified form of curtain-walling.

This architectural approach became firmly associated with BHS, with framed curtain wall panels – like giant TV screens – dominating the frontages of many stores.

Of note are the Joyce Pallot and Henry Collins concrete panels on the Deanery Row elevation.

There have been moves to have the work listed, without success.

Of late the store has been home to Poundland – though time has now been called.

Our pilot store opened in the Octagon Centre, Burton-upon-Trent, in December of 1990, followed by new stores in High Street, Meadowhall and other quality trading locations.  Shoppers loved the concept and so did fellow retailers and landlords.  The stores proved to be a huge success. Meadowhall’s success was repeated by further stores opening by the end of the year.

The store has been a success even during COVID restrictions, let us hope that the planned return goes ahead.

So here is my record of the building as is, a tad tired, but in its day a simple and authoritative amalgam of volumes and materials.

Could there be a more moderne town?

Plus the Pallot and Collins murals inset into the wall of their local branch of Sainsbury’s.

The third such public sculpture I have had the pleasure to visit following trips to Newcastle and the now defunct BHS in my hometown of Stockport.

Henry William Collins and Joyce Millicent Pallot have a very special place in my heart, their lives’ work together gracing the Festival of Britain, GPO Tower and Expo 70, along with other retail outlets in Southampton, Gloucester, and Colchester. A distinctive style of bas relief in impressed concrete, ceramic terrazzo and simple modern motifs, drawn from local history and imagery.

Take a look around. 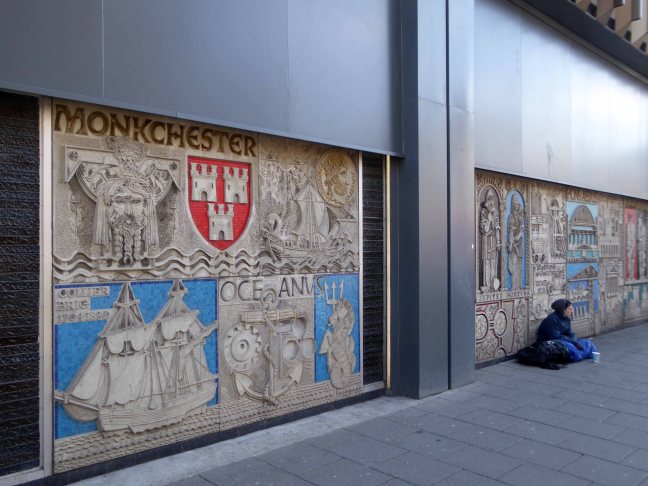 We here in Stockport have our own BHS murals, happily so does Newcastle. 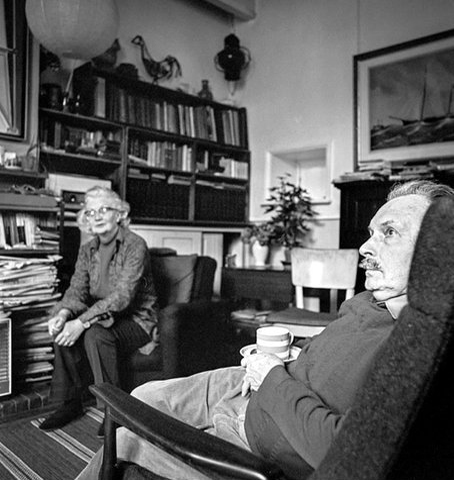 They never worked on the site itself, but used a regular contractor Hutton’s Builders Ltd Colchester, who cast the concrete in panels around four feet square. There are two relief panels, depicting events in the history of Newcastle. Highly stylised, the relief is moulded to a depth of 5cm and features some charming Geordie characters.

The left panel contains the following inscriptions and images Monkchester with Roman head and Newcastle coat of arms. Roman ship and golden coin. Collier Brig 1704-1880 with ship. Oceanus with anchor and seahorse with trident. The right panel contains the following inscriptions and images: Jupiter Fortuna with two figures. Engineering; Davy and Stephenson; coal mining ship building with images of same. G & R Stephenson; Armstrong Whitworth; Rocket 1829 with image of first steam engine. Armstrong 12 Pounder RA with image of gun. 1878 J.Swan Pons Aelius with bridges depicted below. Turbinia and image of ship. Various churches with names carved about including Grainger Dobson 1865; 1838 Green Stokoe; Bewick with a swan; a figure and Brigantia. Final section on far right has Geordie over two figures, then the Keel Row with a loading boat at the bottom.

The building was originally developed by C&A and it is thought that funding for the reliefs might have been provided by the store and/or Northern Arts. It became BHS which subsequently closed last year, the building is now occupied by Primark, C&A estates still own the site.

The mural illustrated the cover of the 1975 Newcastle Festival.

At the side of the BHS store in Merseyway are five concrete panels depicting local people, events and symbols. Commissioned by BHS in 1978 – To fill space on the blank wall at the side of the shop.

Their work was featured in the Festival of Britain, GPO Tower and Expo 70, along with other retail outlets in Southampton, Newcastle, Gloucester, Bexhill and Colchester. 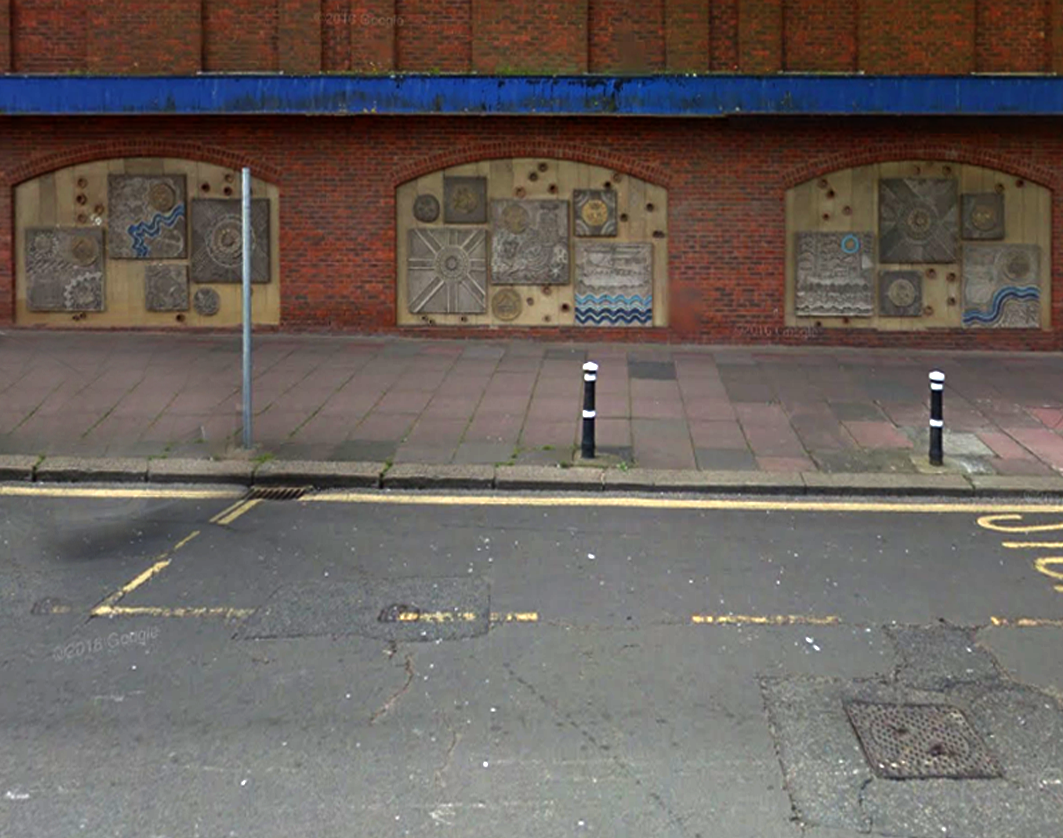 The Murals, BHS Stockport and Merseyway have an uncertain future, SHMBC applied for listing, this was refused. On the other sites illustrated, restoration and preservation has been undertaken.

I do hope that these works of national and international importance are not placed under threat. We have already lost too much post-war public art – we all deserve better. 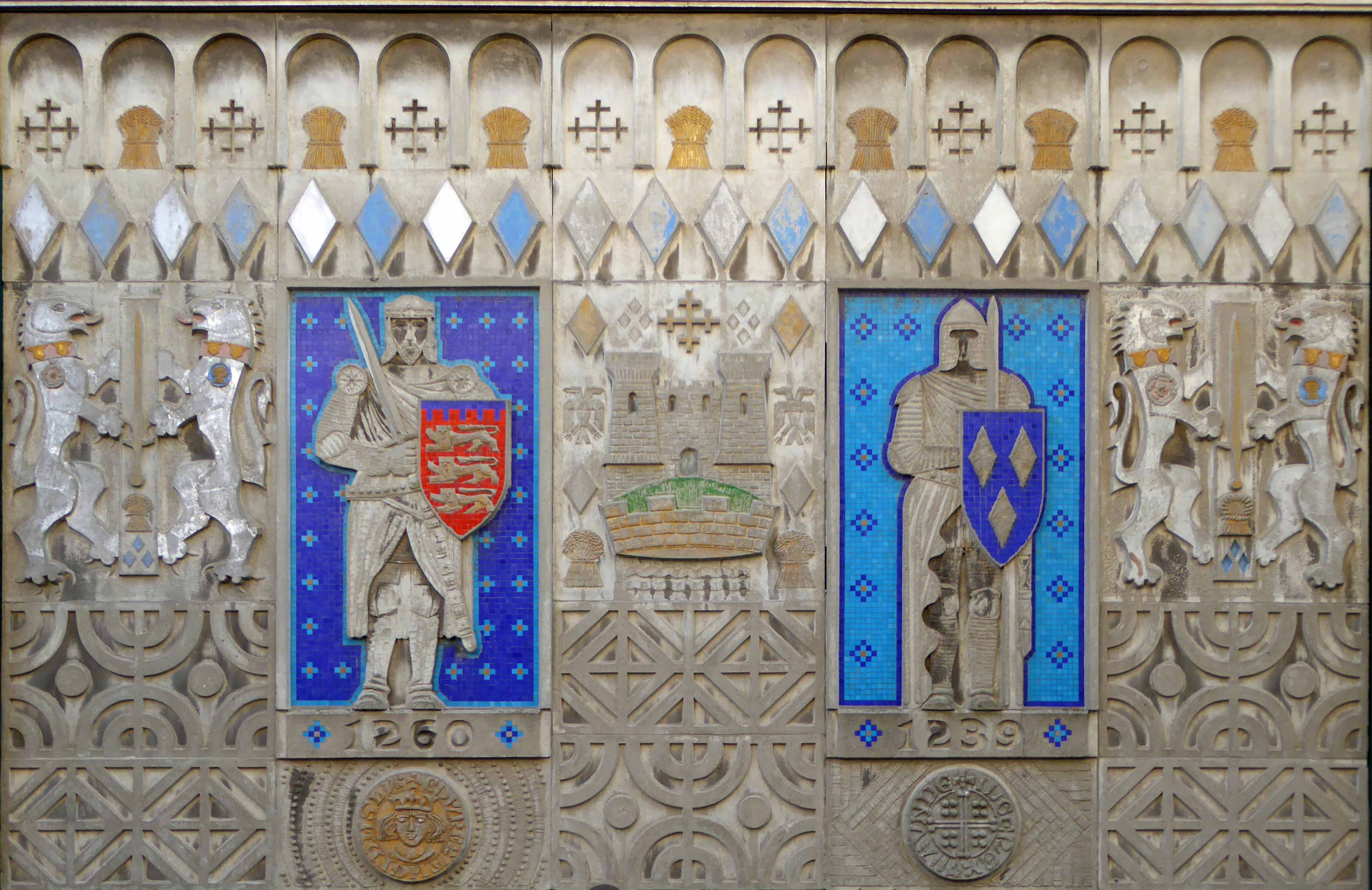