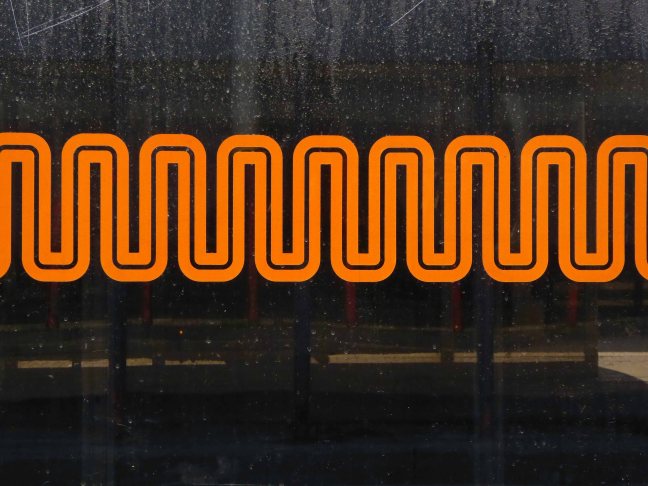 From the early part of the Twentieth Century trams and then buses stopped and started in Mersey Square, affording limited succour, space or shelter for the weary traveller.

View from the Fire Station Tower.

View from the Plaza Steps.

The land where the bus station currently stands was then owned and used by North Western Buses – a rather large and uncultivated plot.

Slowly emerging from the rough ground – a series of glass and steel boxes worthy of that master of minimalism Ludwig Mies van der Rohe, a Neue Nationalgalerie in miniature.

It has stood and withstood the winds of change and perfidious public transport policy, the privatisation of the service, snatched greedily from local authority control.

Passengers have met and parted, whilst buses of every hue and stripe have departed from these draughty boxes. There are now plans for imminent demolition and rebuilding – shaping a transport hub fit for the Twenty First Century – Space Age forms for a brave new world.

A new £42m transport interchange in Stockport town centre has taken a step forward after the local council agreed key measures to back the project.

April 9th 2017 here is my photographic record of the Bus Station, I’ve been, gone and come back again countless times through the years. 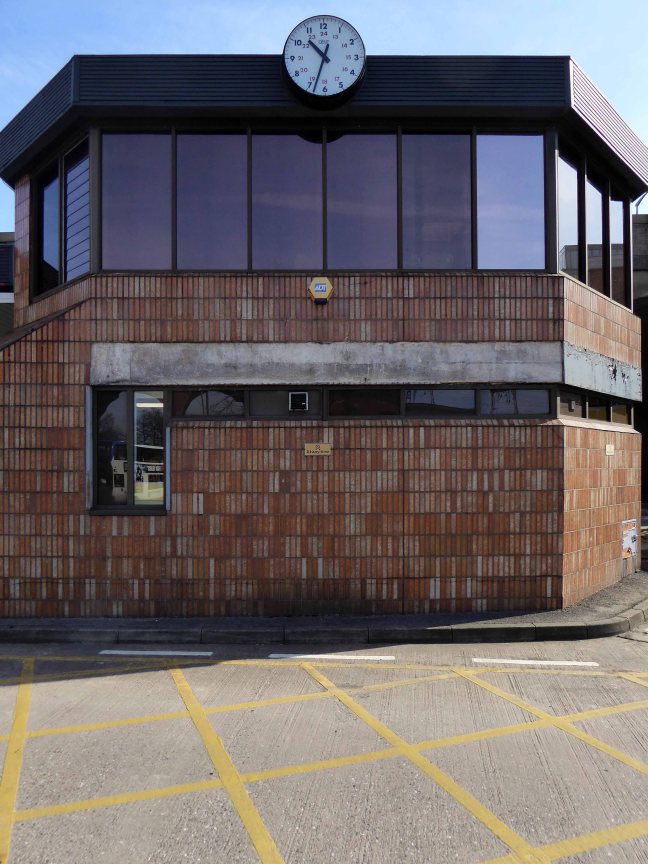 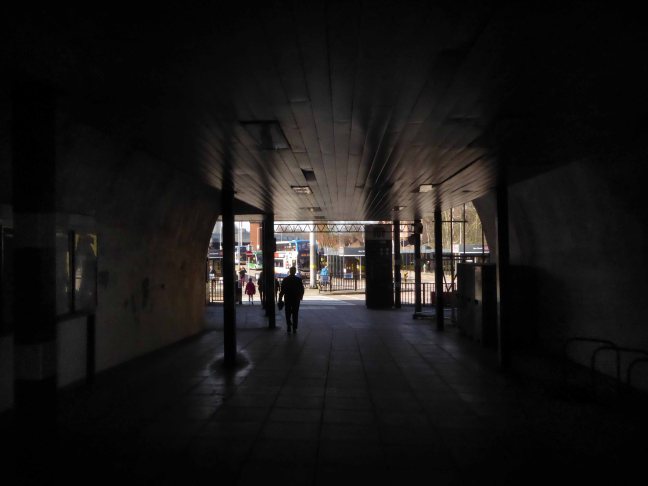 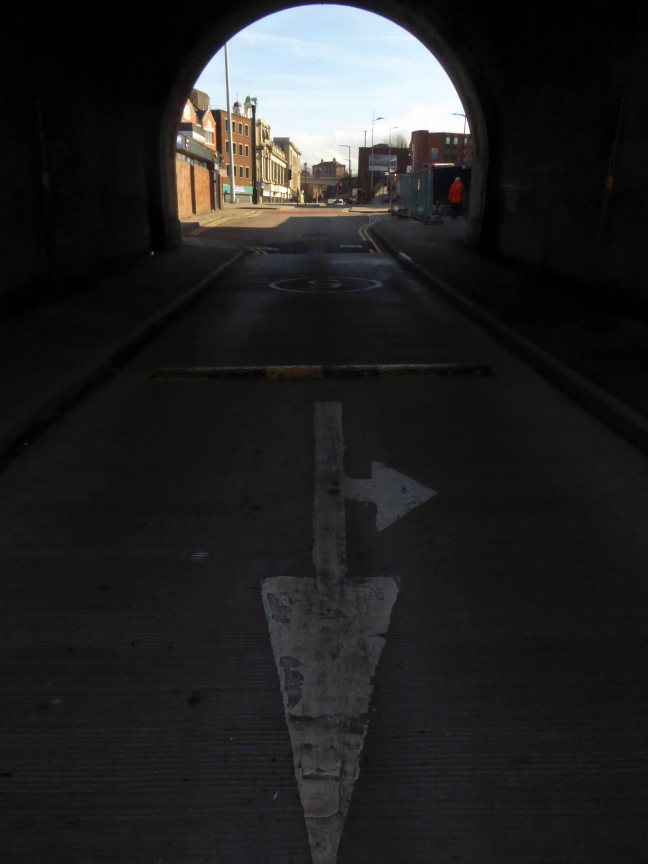 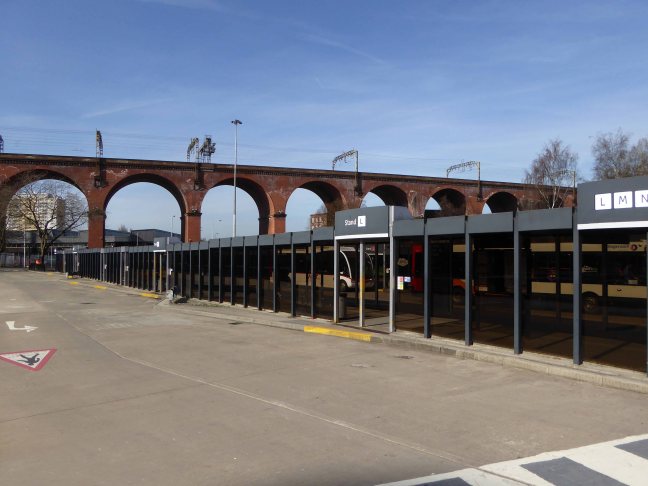 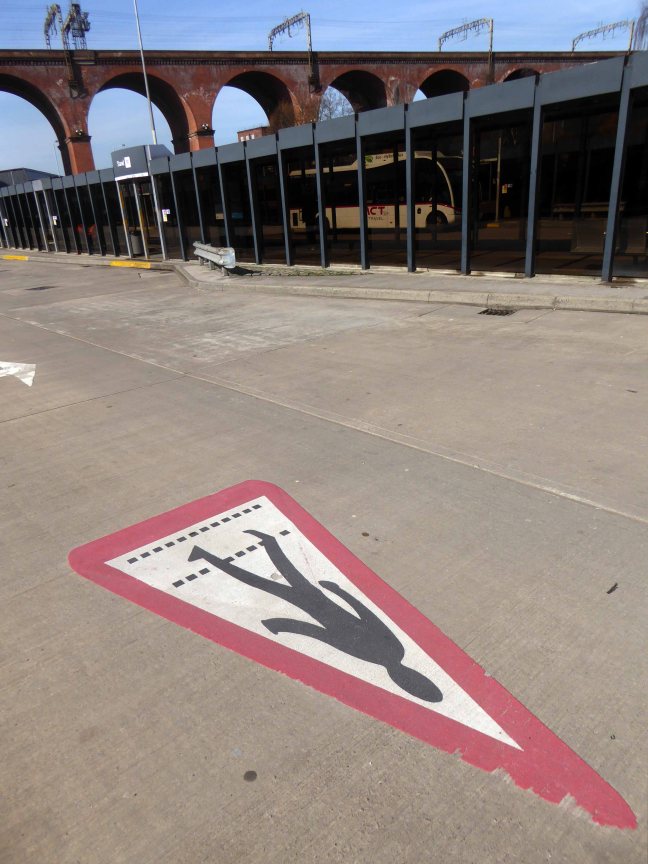 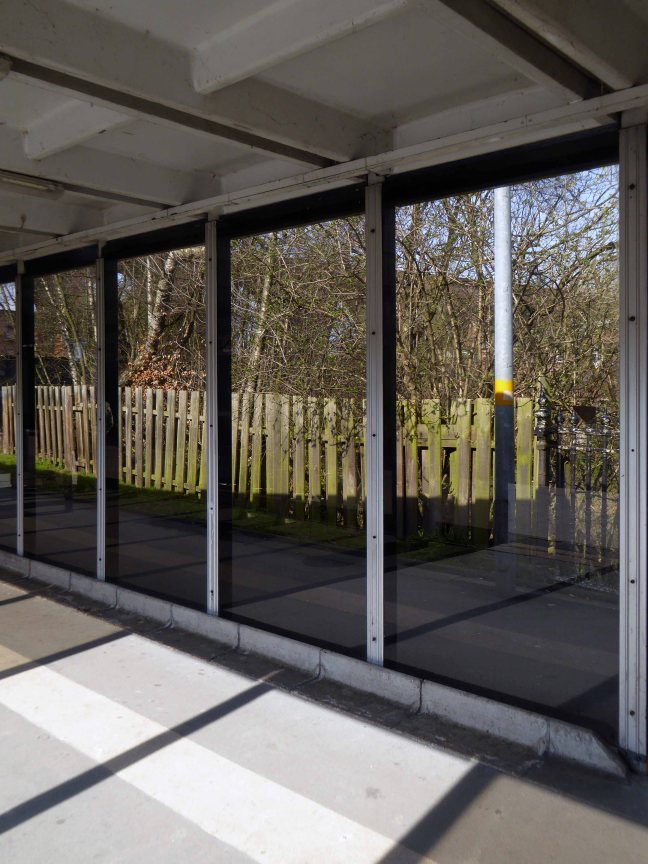 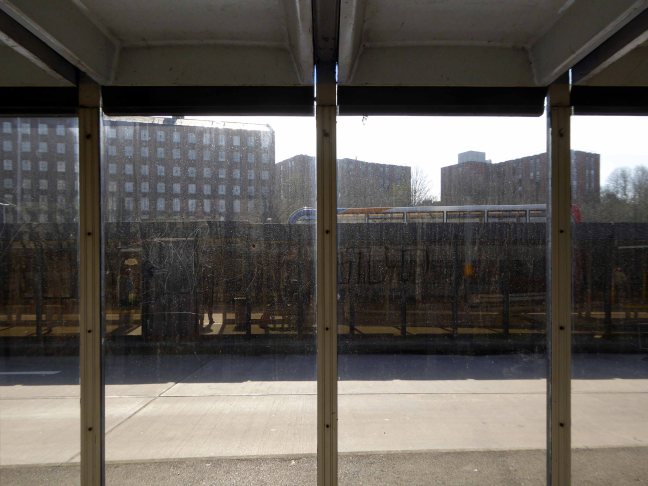 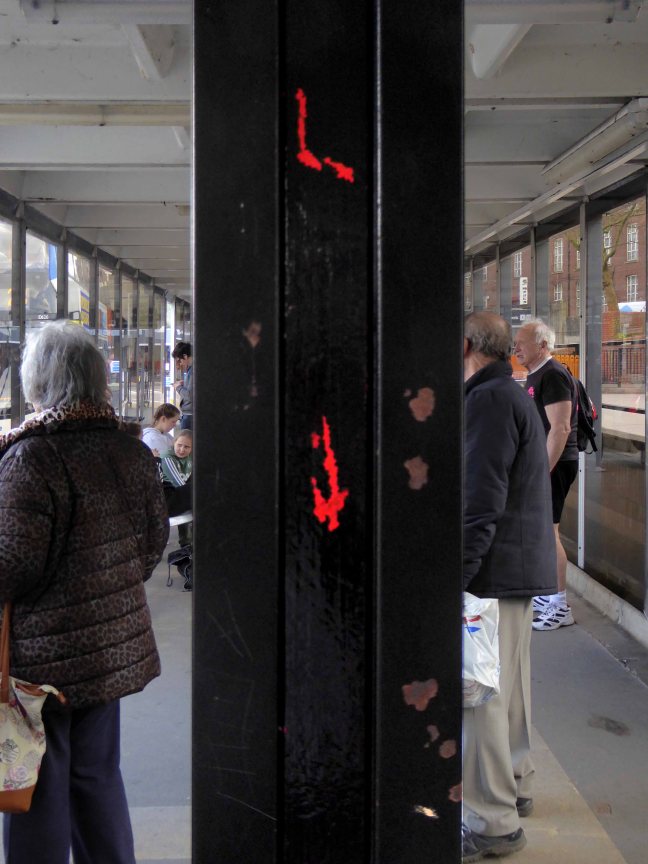